Advertisement
The Newspaper for the Future of Miami
Connect with us:
Front Page » Communities » Design District developments coming 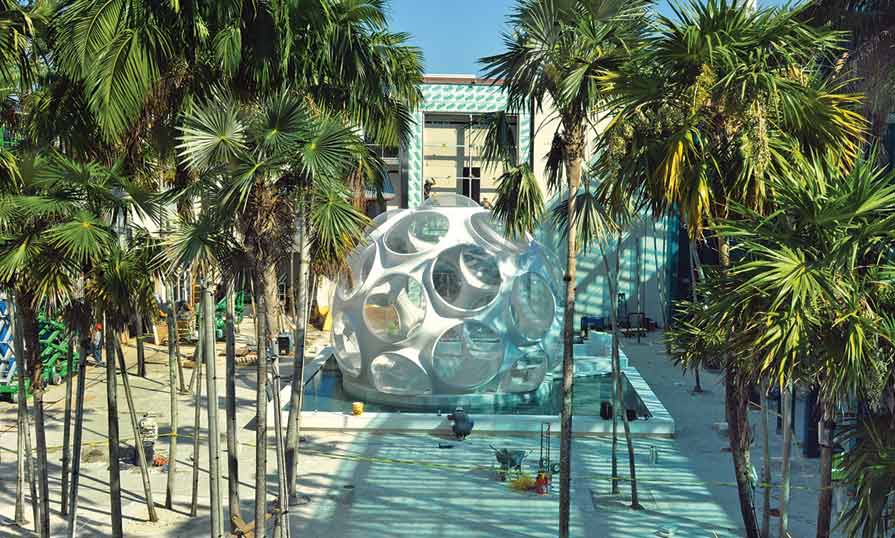 After decades of deterioration, the Design District has risen to fame, as evidenced by the number of projects underway as well as planned for the arts, retail, office and residential.

Francisco Arocha, CEO and managing director of HES Group, says he will be submitting plans to the city at the beginning of next year for a mixed-use project of more than 400,000 square feet and 20 stories.

Located at 36th Street and North Miami Avenue, Mr. Arocha said “Triptych” — named for the three districts in its neighborhood (Design, Midtown and Wynwood) as well as its being built around an art concept – will include a high-end, full service lifestyle hotel with 300 rooms, 50,000 square feet of office space, close to 50,000 square feet of luxury retail, an important art gallery of 7,000 square feet with a private entrance, a 10,000-square-foot rooftop restaurant and bar club as well as more than 500 parking spaces. The architect is Willy Bermello.

Mr. Arocha said the proposed project reflects what the Design District has become – “a niche for young people, art lovers and enterprisers.” He hopes to break ground in the fall of 2015.

Developer Craig Robins, who has been credited with starting the Design District, is currently working on a number of buildings. Miami Design District Associates, a partnership between Dacra, which Mr. Robins founded, and L Real Estate, a global real estate development and investment fund, are developing the JBL building at Northeast 40th Street, for which architect K/R conceived the façade design as a continuous wall of specialty brick with commercial spaces carved out of them.

Other of their future buildings underway now include:

•Iwamoto Scott at Northeast 38th Street, the façade of which wraps around the southeast corner of the garage and encompasses an elevator lobby, exterior stair and office block with Leong Leong designing the west façade of the City View garage.

•Sou Fujimoto Palm Court Facing Façade, a mixed-use retail building in Palm Court that is to feature a façade designed by Japanese architect Sou Fujimoto that is inspired by the flowing movement of waterfalls and Miami rain.

The Design District is near several prominent Miami neighborhoods, including Wynwood to the south and Little Haiti and the historic Buena Vista area to the north.

The location is unique as it is very defined in only a few city blocks and set in an urban context, said Tony Cho, president and CEO of Metro 1.

The future of the area is much like New York City’s SoHo was some 20 years ago, said Mr. Arocha. “Everyone will want to be there in a few years.”