Advertisement
The Newspaper for the Future of Miami
Connect with us:
Front Page » Top Stories » Miami thrives as nation’s luxury car capital 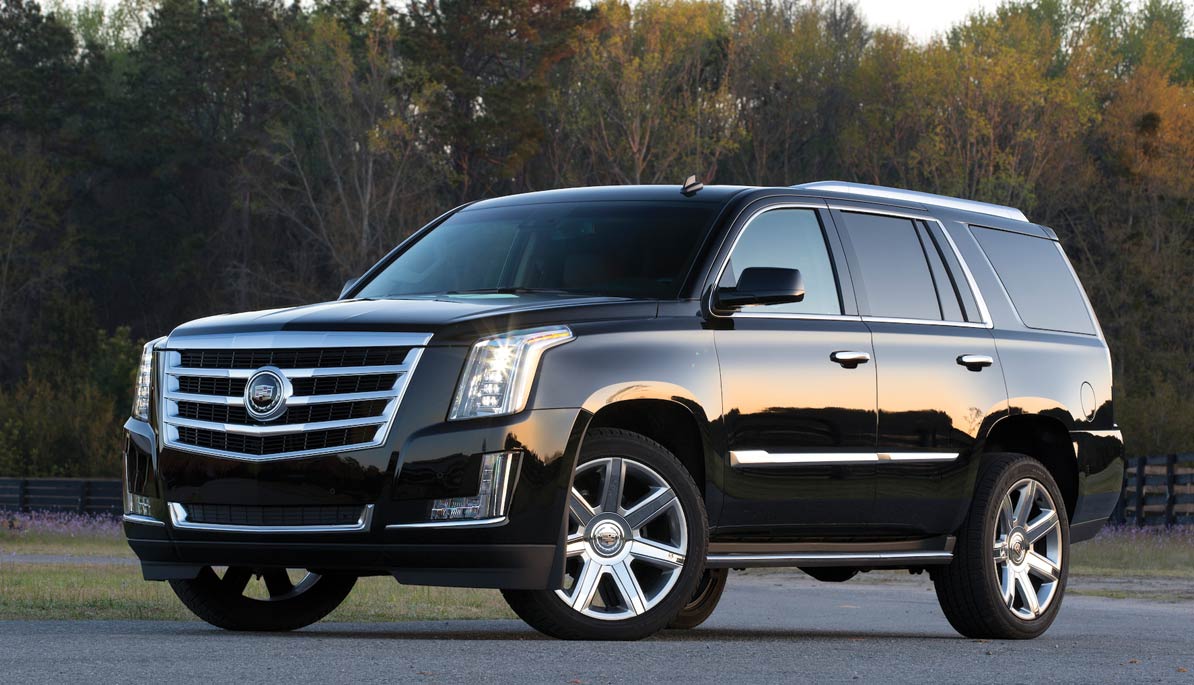 As retail sales swell amid the turkey and tinsel of each holiday season, luxury car sales also see larger receipts at day’s end.

That is particularly true for the Miami market, which historically outsells its counterparts in other areas of the country.

Miami is the home of the luxury car, and the consistently warm and inviting climate helps car dealers keep the lots and the higher-end showrooms fresh with shiny new inventory.

“December is generally a better than average month, I would say,” said Ed Williamson of Williamson Cadillac Buick GMC in Miami.

“It’s not like the jewelry business where you sell 85% of your inventory in 30 to 45 days, but for [car dealerships] it is a better than average month,” he said.

There are a couple of reasons for this, he said, including a small number of customers who indeed purchase a new car as a Christmas gift.

“People do have vehicles on Christmas shopping lists and more so than other times of the year,” said Mr. Williamson.

That’s the time to employ big giant bows and the conspiracy of secrecy to keep the big-ticket present hidden until the big day. “

It’s always fun times when the holidays come around… and we’ve got red bows on the roofs of cars and trucks. It’s a happy, festive atmosphere.”

But there’s another reason for a bump up in late year sales, Mr. Williamson said: “to take advantage of being able to buy in December and get a whole year’s depreciation.”

So how is business for his long-established Miami dealership?

“Business is good,” he said with pride. Mr. Williamson said the company is number five in the country out of about 940 Cadillac dealerships, and ranks number 10 among 1,800 Buick dealerships.

“We are thankful,” he said. “It is nice to be able to do business in this zip code.”

“It’s one of the highest per capita income [areas] in the country,” he said, so for someone in the luxury car business “it’s a good place to be.”

Mr. Williamson said about 85% of the Cadillacs and Buicks leaving the showroom and lot are leases. And here in Miami, it’s not unusual to have a three-year lease paid up front in one lump sum.

“We see some of that – people like the incentives built into a lease, but just don’t like to make payments,” he said.

Right now the hottest item at the dealership is the brand new Cadillac Escalade.

“The hot ticket right now is the Escalade… it went into production the end of April,” Mr. Williamson said. The manufacturer made changes to it including an advanced transmission, each vehicle is a 4G hot spot, and more goodies.

A total of 2,423 luxury cars were sold in the Miami market in the third quarter from July through September, at an average price of $61,096, according to Dominion Enterprises, a Virginia-based firm that tracks auto dealership sales nationwide.

Dominion’s Cross-Sell Report shows sales of “near luxury” autos – including BMW 3 Series, Lexus ES 300, Audi A4, Lincoln MKZ and several others – totaled 2,677 in the Miami Market in the third quarter, with an average price of $44,550.

Top-selling vehicle in the “near luxury” category was the BMW 3 Series, with 608 sold, according to Dominion. I

In Miami there is plenty of money to be spent and it’s not so unusual that a shiny new luxury car ends up on someone’s wish list and ultimately in the driveway – or in the robotic parking garage at a condo tower downtown. ]

“It happens to be a great car market… certainly for the luxury car business, and for the same reasons we see other luxury items sold in South Florida,” said Greg Barnes, president and chief operating officer of Bill Ussery Motors Group.

“It’s a great market to sell luxury items,” he said.

The big bow on a luxury car happens, but not in big numbers, admits Mr. Barnes.

“It does happen. Do we sell hundreds of them [as gifts]? No,” he said. But it’s fun when the occasional Mercedes is hidden away until Christmas day, and auto dealers get a chance to further develop long-standing relationships with customers – customers who come back over and over for new cars.

“It’s fun to be involved in that, and it is a great way to develop and cement those relationships,” Mr. Barnes said.

In any event, car sales – luxury models and others – increase as the year winds down.

Mr. Barnes said there are a few reasons for this.

“Manufacturers spend a ton on advertising, and they’re pushing to get good year-end numbers,” he said, so all sorts of promotions abound: Snowflake Sales or a December to Remember.

In the luxury vehicle business there is typically a lot of leasing, and often leases are set to expire at year’s end, and there’s plenty of activity in new leases or renewals taking place at this time, he said.

And finally, many people have the opportunity to take time off work, children are out of school, and that generates additional foot traffic through the showrooms, he explained.

While hybrid vehicles are hot sellers this season, Mercedes is having success with diesel-powered engines, he said.

“It’s not your father’s diesel – it’s not noisy and smoking. These cars have really clean and high performance diesel engines,” he said.

“We expect a real strong finish to the year,” he said of Bill Ussery Motors Group. “Through October we were outpacing the national numbers, which is good.”

Worldwide, Mercedes is up nicely over last year, and has experienced two or three consistent years of growth after the economic downturn, Mr. Barnes said.

The luxury car business only saw a hint of sunshine breaking through in 2010, he said. It wasn’t until 2011 that the industry saw a full year of bigger, positive numbers.

Asked what model is turning the most heads, Mr. Barnes said fortunately Mercedes launched several new models of the C class that continue to draw attention.

“They were totally redesigned from the floor up, and they’re doing very well,” he said of sales.

The S Coupe also opened the wallets of Miami drivers. “It’s dynamite… we’ve probably been sold out for the better part of eight or nine months,” he said, but they can take orders.

And they have plenty of convertibles, too, because after all it is Miami.

“We don’t have to put up with snow or ice and all that business,” Mr. Barnes said. “We get to enjoy our cars year round.”