Advertisement
The Newspaper for the Future of Miami
Connect with us:
Front Page » Communities » Piggy-banking on Coral Gables events 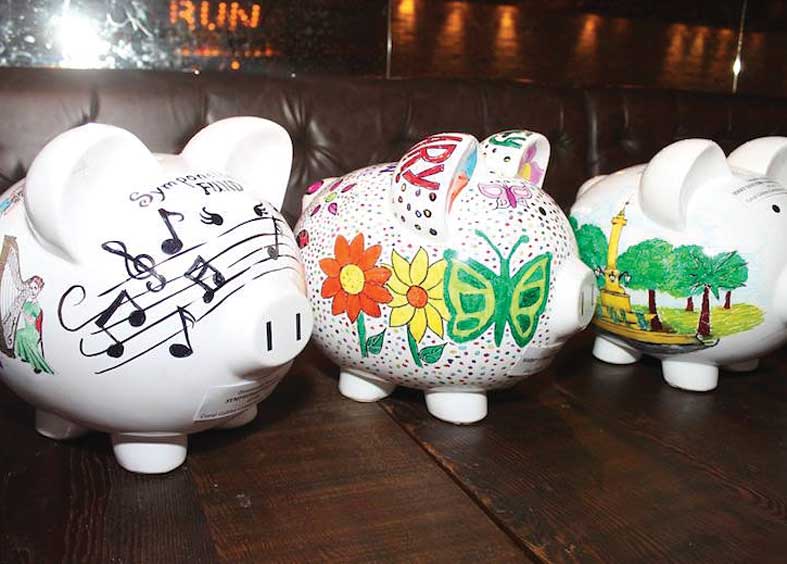 Donations can be as small as $10 – every little bit counts.

“The fund is currently open and donations are being accepted on our website. It benefits really popular city events that people like, programs that the city offers for free,” said Mary Snow, executive director of the foundation.

The year to date has been strong in giving for the foundation – $267,000 has been given through funds the foundation manages which includes grant giving up to almost $50,000. “That makes us really proud, because we’re a small foundation,” Ms. Snow said.

This year the foundation formalized the grant process. Grants are typically given twice a year, in spring and fall. With the application and awarding process now formalized, applicants can have a better idea of when and why they do or don’t get a grant.

Grant recipients vary, but prime examples are the Coral Gables Art Cinema and the Coral Gables Museum, both of which received grants this year. Those two organizations also initially received seed money from the foundation.

“We’re growing by leaps and bounds. We’re really trying to raise the awareness of our organization. We do really good work and the challenge is letting people know that we’re here and to let us be the conduit for their philanthropic giving,” Ms. Snow said.

To date, the foundation has disbursed about $4 million in giving and currently it manages about $1.2 million. Growing that amount is always a goal.

“We’re always looking to grow our endowment,” Ms. Snow said. “That’s our big goal that we always have.”

Events like this year’s Gables Gatsby Gala, which raised over $200,000 for the foundation, help to keep the gifts and grants flowing.

In the past year the foundation has overseen many gifts, some of which went towards Coral Gables Senior High School. Just in time for application season, the foundation helped give 30 tablets to the school’s college preparation program so that seniors can use them to apply for school and Bright Futures scholarships. Since some students don’t have internet access, having the facilities at school directly impacts their potential success, Ms. Snow said.

On Nov. 13, the foundation is to host a financial planning reception at Wescott Financial Advisory Group where speakers will discuss the state of the economy moving into 2015. Through events like this and the foundation’s Piggy Bank campaign, which put white piggy banks in businesses around the city, the foundation is hoping to raise awareness about their initiatives.

The Piggy Bank campaign represents the partnership between the foundation and its community. Senior High students decorated each piggy bank to reflect a different fund that donors could give to. The piggy banks can be viewed around Coral Gables through the end of the year.