Advertisement
The Newspaper for the Future of Miami
Connect with us:
Front Page » Government » Miami Beach code, preservation collide 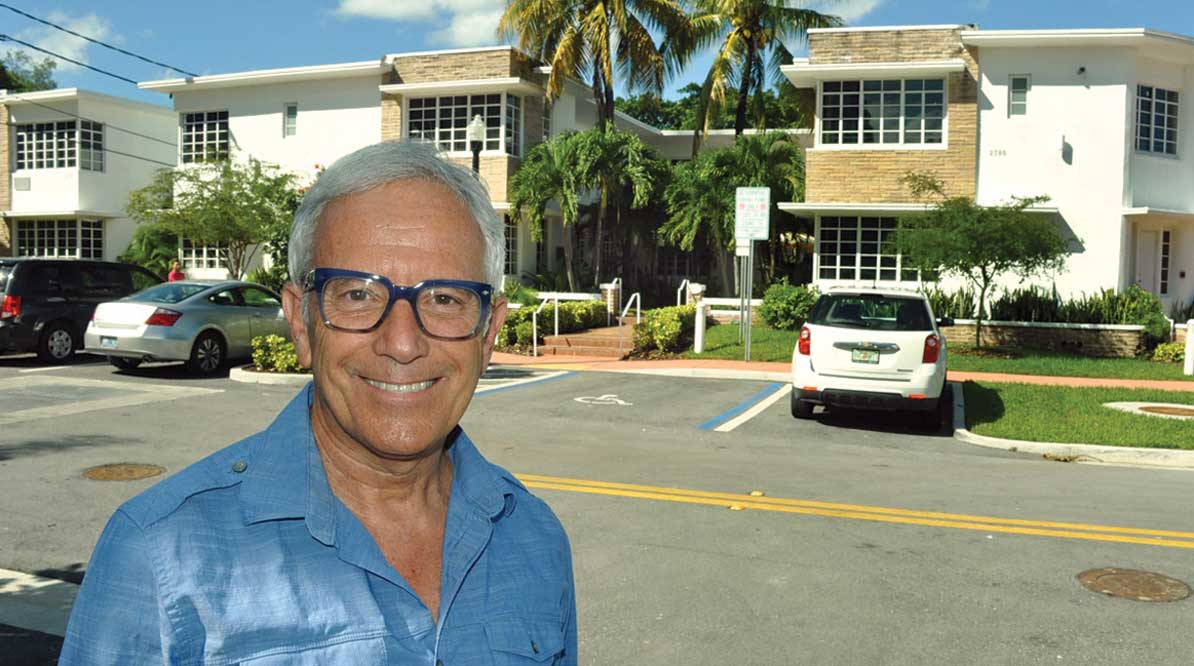 Sometimes, a name says it all.

The Tradewinds Apartment+Hotel, a seven-building complex in Collins Waterfront Historic District, currently offers short term rentals of less than six months and one day, providing a home to those who may not want a hotel or need a longer-term rental. For visiting artists or recently relocated professionals, a short-term rental can be the perfect compromise.

The catch is that currently, the zoning code of the City of Miami Beach does not allow the Tradewinds to function as a short-term rental property. An ordinance went before the city commission last week for first reading to change that, but the commission hesitated and held the ordinance open to come back again in November.

While artists and professionals in need of housing are desirable tenants, other guests brought in by the winds of partying, for example, are less than ideal.

“The original use of this property was an apartment plus hotel,” said Nathan Lieberman of South Beach Group, which owns the Tradewinds, at last week’s commission meeting.

The Tradewinds’ short-term rental concept calls back to old Miami Beach hotels, a bit like the Della Robbia in Elmore Leonard’s LaBrava, where the temporality of the beach and the lifestyle and characters it attracts find a home.

“It gives people the ability to be transient, which Miami Beach was built upon,” Mr. Lieberman said. The Tradewinds offers housing opportunities for those who want to come to Miami Beach for less than a typical year-long lease, like Arsht Center and Miami City Ballet fellows.

“In this particular area short-term rentals are not allowed in apartment buildings,” said Thomas Mooney, city planning director. The proposed ordinance sets standards for historical renovation, building and fire codes, and taxes that other properties in the Tradewinds’ area could get up to code with to apply for short-term rental allowance.

“We talk about incentivizing historic preservation, and this is an opportunity to do that,” said Commissioner Michael Grieco, the ordinance’s sponsor.

“We have created criteria, which really deals with the historic nature of the building, restoring and renovating the building,” said the Liebermans’ consel Monika Entin, an associate with Bercow Radell & Fernandez.

The proposed ordinance currently outlines a six-month window for properties in the area to apply and renovate to qualify for short-term rental.

“But there are requirements that the property be preserved renovated,” Ms. Entin said. In addition, any qualifying property would need to comply with Florida building and fire codes in addition to paying resort taxes.

In the case of the Tradewinds, the renovation and adherence to historical standards has appeared to benefit the surrounding area. Before the Tradewinds was refurbished by Mr. Lieberman and his team, the buildings were derelict, Ray Breslin, president of the Collins Park Neighborhood Association, told Miami Today.

“They have been nothing but a fabulous neighbor,” Mr. Breslin said. “If you walk down from 23rd Street to 24th Street, that block used to be just awful and it’s beautiful now,” he said.

Part of the hesitation of the commission was that the proposed ordinance would open a window for other buildings in the area to attempt to qualify for short-term rental status. Of the 18 or 19 potential buildings, seven are the Tradewinds, Mr. Breslin said.

“Are we just opening up Pandora’s box? What are we doing here?” asked Miami Beach Mayor Phillip Levine at the meeting. The questions raised by the commission were why, when hotels are available, should short-term rentals be allowed?

Before the ordinance comes back to the commission, the proposed window to apply for short-term rental allowance may shrink from six to three months.

“There is a real need for this type of apartment building in Miami Beach,” said Commissioner Joy Malakoff, citing a time when, in her past as a banker, a bank manager moved to Miami Beach and needed a short-term rental while he looked for more long-term housing.

The city’s policy as it stands is that it doesn’t cite short-term rentals unless there is a complaint. Tradewinds was not cited as of the city commission meeting.

The Land Use Committee and Planning Board forwarded the proposed ordinance to the commission with a favorable recommendation. The commission decided to keep the item open and bring it back in November.