Advertisement
The Newspaper for the Future of Miami
Connect with us:
Front Page » Government » Matching unemployed with construction jobs 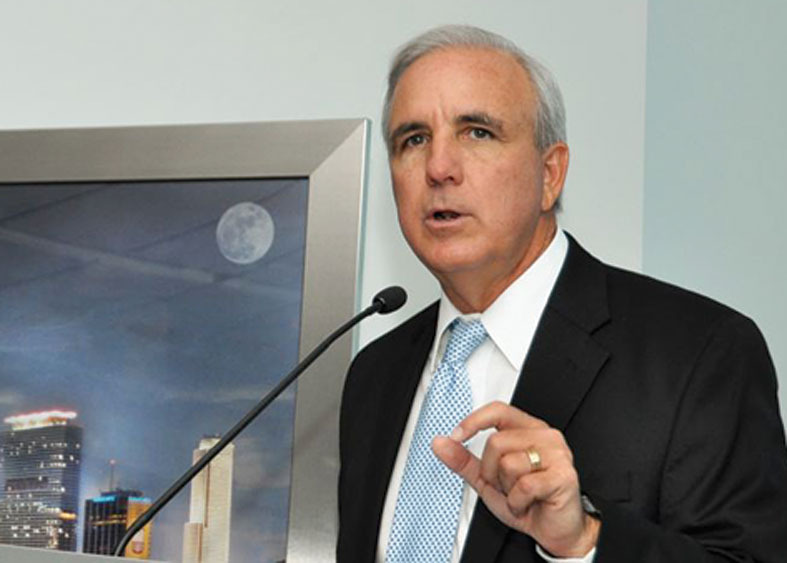 A local nonprofit, a builders’ trade association and a state organization that addresses workforce needs have partnered to match Miami-Dade County’s unemployed and underemployed with contractors that need workers at construction sites.

The Neighbors and Neighbors Association, Associated Builders and Contractors – East Coast Chapter, and CareerSource South Florida are working together to recruit residents from 16 county areas with high unemployment and underemployment, train them for construction jobs and get them hired.

“When you go by these construction sites, you don’t see people that live in the community have an opportunity to work on these sites,” said Leroy Jones, executive director of the Neighbors and Neighbors Association. “We held meetings with developers and asked them, ‘Tell us, what problems you are faced with with finding people who live in these neighborhoods being employed.’ One of the issues that came up was that they didn’t have the basic training they need, safety training.”

The issue: How to match the two?

“How do we get contractors, builders that need employees, the employees that they need and how do we get folks here in Miami-Dade County to get these jobs?” said Mayor Carlos Gimenez at his business development roundtable Oct. 20 where the tri-partnership plan was discussed.

Here’s the proposal for how to match the two: The Neighbors and Neighbors Association is to recruit future employees from targeted areas, including Goulds, Homestead, Miami Gardens, Model City, Naranja, Opa-locka and Overtown.

ABC Institute, part of the Associated Builders and Contractors Inc., is to do a six-week training program and together with CareerSource South Florida it’s to match potential employees with contractors.

Miami-Dade County’s job is to organize the effort from the groups, said Mike Hernández, the mayor’s spokesman.

CareerSource South Florida may also subsidize 50% to 90% of the contractor’s cost for workers that are training on the job.

“If we really, really want to be successful and really target the people that we are trying to target that have not got a job,” Mr. Jones said, “I think it’s important to offer them a stipend so they can go to school.”

It would add up to about $1,250 per worker, or $250 every other week during the one-month readiness program and the six-week training, he said.

“The stipends will be a problem from the county’s side,” Mayor Gimenez told the roundtable.

“If we got $20 billion worth of construction that’s going to take place, and we are only talking about a handful of stipends for two or three or four people, then we are not serious,” Mr. Jones said shortly after the pledges.

“Right now take what you can and I’ll work with you to see what we can do lift that stipend up,” Mayor Gimenez replied.

Mayor Gimenez later told Miami Today that he spoke with federal officials about changing regulations so that federal funds may be used for something like a stipend.

A successful program, Mr. Jones said, would also need to initially provide county residents with bus passes so they can get to school and work as well as with a childcare option.

Organizers said that down the line they plan to offer entrepreneurship training for people who want to stay in the construction business and become a contractor.

“We need some success and we need to get going,” Mayor Gimenez said at the roundtable, “because these projects are coming, people are getting hired and people are right now without jobs.”

One Response to Matching unemployed with construction jobs