Advertisement
The Newspaper for the Future of Miami
Connect with us:
Front Page » Top Stories » Dramatic summer tourism rise 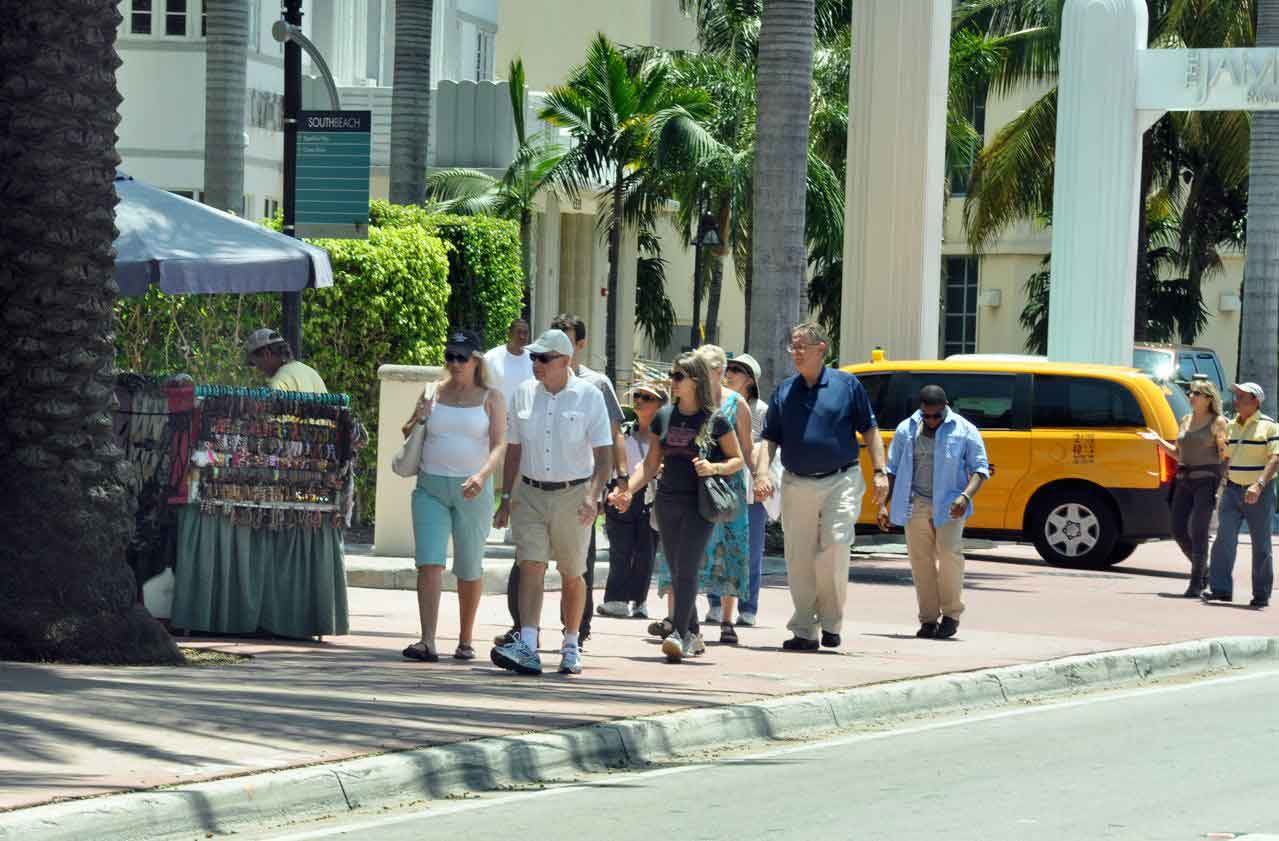 Summer is often called the “slow season” for Miami tourism, but double-digit gains in tourist-related tax collections paint a different picture: a dramatic turnaround to summer growth in tourists and hotels hiring instead of laying off.

For an area that has historically struggled with seasonality, double-digit increases in collections mark a strong and growing industry.

The increases can be attributed to local marketing like Miami Spice restaurant discounts, international visitors who stay during the summer, increases in total visitors, and a healthy economy. When tourists spend, tax collections rise.

“It’s important to take us back in time to many, many years ago when Miami was relatively sleepy during the summer,” said Rolando Aedo, executive vice president and chief marketing officer of the Greater Miami Convention & Visitors Bureau. At that time, hotels laid off staff during the summer as tourism slowed.

But a cumulative effort by the bureau, local governments and others in the industry have made an impact in flattening tourism’s seasonality, and these tax-collection increases in August reflect those efforts.

Each summer keeps getting better, Mr. Aedo said. Every year the buzz line is the top performing summer in history, but what that reflects is continued performance year to year.

“Some would think that August is the slower time, but the numbers show otherwise when you take them into consideration,” he said.

With a 21.9% increase, food and beverage taxes had the biggest rise, perhaps partly due to programs like Miami Spice, the bureau’s August and September dining promotion.

Of the three tourist-related taxes, the convention development taxes reflect not just the overall health of the county’s economy but can scale up to mirror the national economy as well.

Head back to August 2008 – $3.2 million in convention development taxes were collected, Mr. Aedo said. Following the market crash later in 2008, August 2009 reflected a less-than-healthy economy with only $2.7 million collected. Recovery began by August 2010 with $2.9 million, followed by a significant jump in August 2011 with $3.7 million, a number that stayed consistent in August 2012.

Another significant jump in August 2013 to $4.3 million was followed by this August’s $4.9 million.

“The turnaround is dramatic,” Mr. Aedo said. The increases in collected taxes tell a story of a strong tourism industry, but there are other markers of health. While hotel employees used to be laid off, Mr Aedo said, this August some hotel brands continued to hire.