Advertisement
The Newspaper for the Future of Miami
Connect with us:
Front Page » Profile » Profile: Nathalie Olijslager-Jaarsma 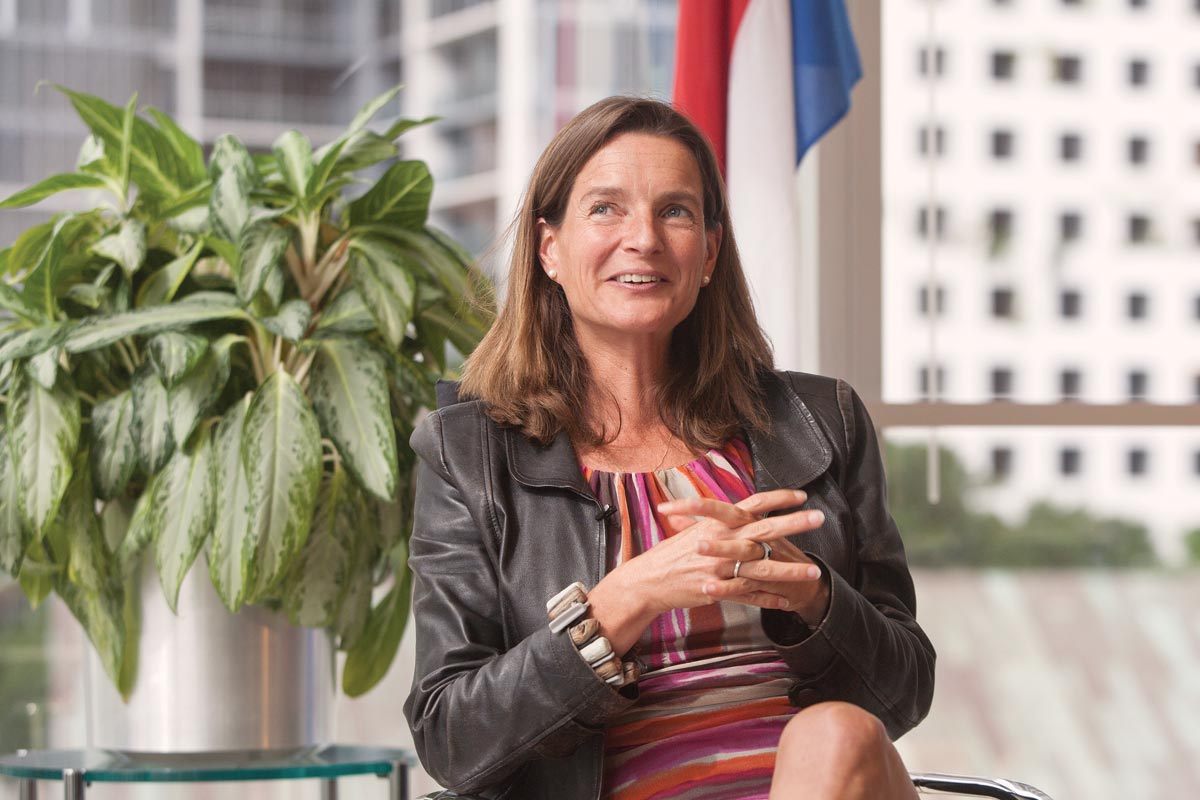 The Netherlands, or Holland, has a long history in living with instead of fighting against the seas. There’s a reason, after all, that tall ships rank as an iconic Dutch image along with windmills and tulips.

Sea level rise and water mitigation education is just one of three goals that Nathalie Olijslager-Jaarsma, consul general of the Netherlands in Miami, has for her tenure here. In addition to facilitating a dialogue between Dutch companies and thinkers on what technologies and interventions are available for South Florida to work with rising waters, Ms. Olijslager-Jaarsma hopes to promote Miami’s function as a gateway to South America and diplomacy as a relevant profession for future generations.

Ms. Olijslager-Jaarsma was born in a small town near the Hague and it was an interest in connections and a curiosity about cultures that brought her to the US on a Fulbright scholarship. After returning to the Netherlands, she continued studying international relations and economics, eventually ending up working on trade processes and sustainability measures for the Dutch foreign ministry. In December 2013, she moved to Miami as consul general.