Advertisement
The Newspaper for the Future of Miami
Connect with us:
Front Page » Healthcare » 8 MDs open 35,200 patient slots 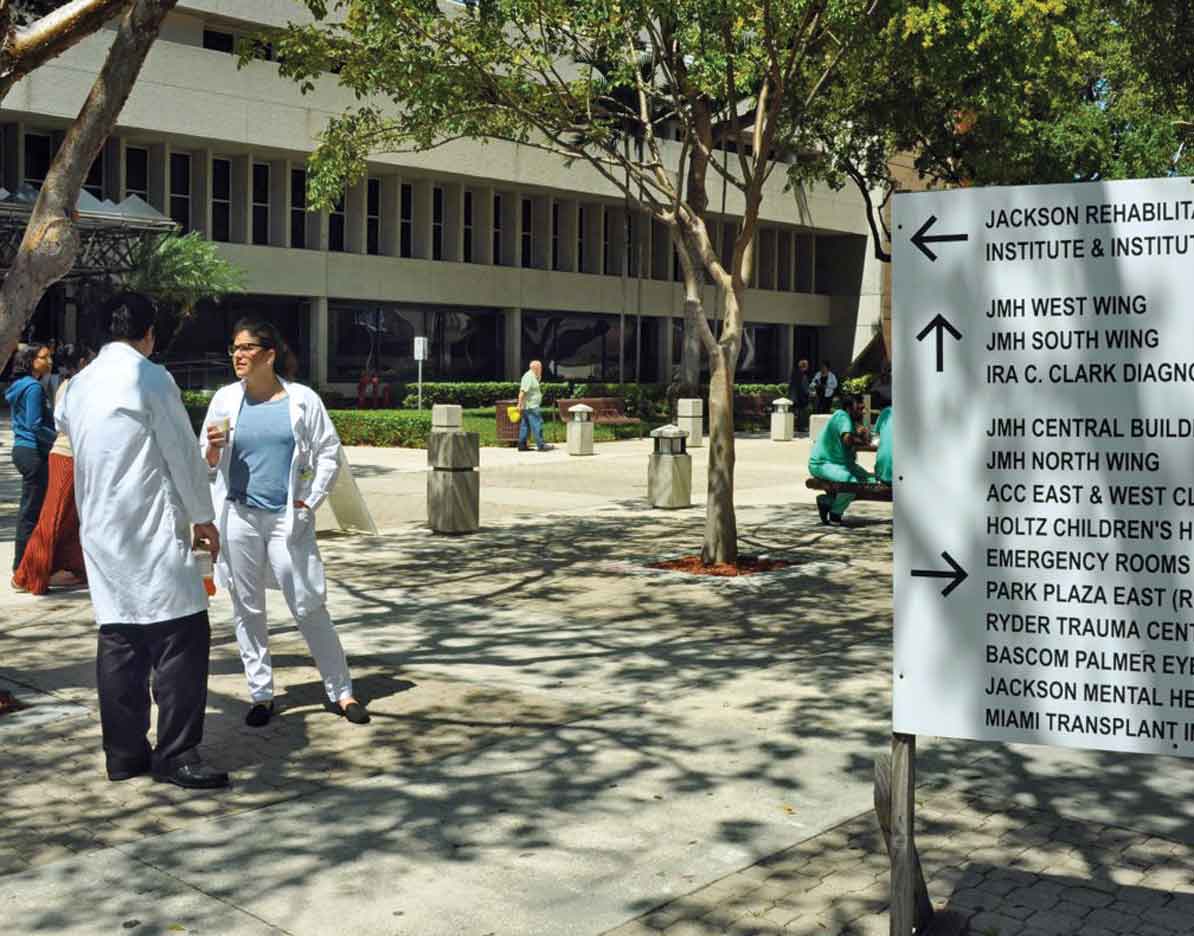 The addition of eight healthcare providers – primary care physicians – has opened up about 35,200 patient slots for Jackson Health System.

“We’ve done a lot of expansion in the primary care area in the clinics over the last year,” said Ed O’Dell, a Jackson spokesperson. “One of the easiest ways to increase patients is to add providers. We’ve added providers.”

Jackson has added providers at two locations, the Jackson Memorial Hospital ambulatory care center and the Dr. Rafael A. Peñalver Clinic at 971 NW Second St. in Little Havana. Jackson had previously provided service at the Peñalver Clinic, and was asked to provide service there once again. At the Memorial Hospital, Jackson opened a new primary care clinic.

Three providers were added at the Peñalver Clinic and five were added at the ambulatory care center. Jackson Health care providers see 20 patients a day, and at five days a week 44 weeks a year, that brings the additional new patient slots up to 35,200, Mr. O’Dell said.

“What has happened is that [more providers] has had the impact of more patients coming to see us and also it has reduced wait times,” Mr. O’Dell said. “Our average wait time is now two weeks.”

At the time of publication, Jackson did not have numbers for how much revenue those extra patients slots are bringing in. Factoring in health insurance providers and different options from Medicare to Medicaid makes those numbers a little harder to track down, Mr. O’Dell said.

Jackson is currently in talks on how to spend the $830 million bond funding that Miami-Dade County voters awarded to the health system last November. The projects from the bond money are expected to be finished in three to five years, although the system is waiting until a bond expenditure oversight board is seated to begin its spending.

One project the system is planning is a children’s ambulatory pavilion, which will be a clinic out in the community where parents and caregivers can take children instead of making the trek to Jackson’s downtown medical campus.

“Operationally,” he said, “we are looking for better and better efficiencies every day.”