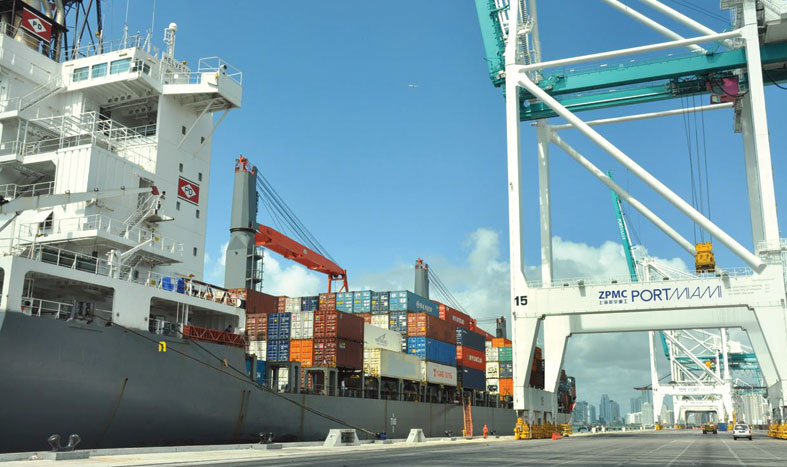 One of the globe’s largest industrial property owners is seeking to create a foreign trade zone magnet hub in Northwest Miami-Dade County.

Prologis, which operates 574 million square feet of industrial logistics real estate property in 21 countries, wants to operate 320,000 square feet as a foreign trade zone in the Beacon Lakes Industrial Park that it owns and is building out.

The Economic Development and Port Committee of the county commission last week voted 3-0 to ask the full commission to apply for the trade zone magnet designation to the federal government’s Foreign Trade Zone Board.

The federal government controls foreign trade zones, which are based near sea and airports and allow merchandise to enter the US or be held without paying Customs duties or other ad valorem taxes, offering US businesses a level playing field in competing with companies abroad.

Prologis gave the county a non-binding letter of intent from Ryder Integrated Logistics Inc. to use the magnet as a trade zone if the application wins approval. Ryder wrote that it “has many clients in the Miami-Dade area that have expressed interest in us becoming” an operator within the magnet hub for their business.

Texas-based Genco, which operates in trade zones elsewhere, wrote that it “has a client in the Miami-Dade area that has expressed interest in us becoming” an operator of its own trade zone activity within the magnet hub.

The magnet that Prologis seeks would function within a far larger foreign trade zone that PortMiami operates, stretching from Southwest Eighth Street to the Broward County line. That zone already has 24 operators, but only three are the far larger magnet operations, which aim to attract multiple operators rather than a single company.