Advertisement
The Newspaper for the Future of Miami
Connect with us:
Front Page » Transportation » Car dealers roll to better days 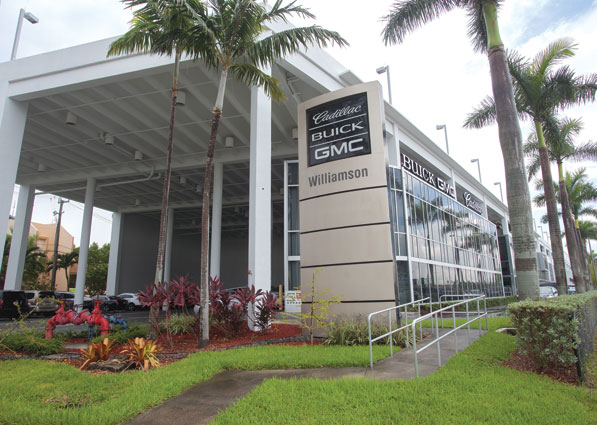 During the recession, with sales of new cars drastically reduced and manufacturers cutting back on production, auto dealerships had a rough ride. Closings and consolidations were rife. But experts say those that remain are now thriving.

“With fewer dealerships and demand higher than it was, it’s the best of both worlds,” said Alex Kurkin, a partner in the law firm Kurkin Brandes who represents the Florida Automobile Dealers Association. “Those that survived our economic meltdown did so by streamlining everything.

They cut expenses to the bare bones, and also cut personnel across the board. But now that consumer confidence is better than it was, they are doing much better. There is a little less competition, and with a streamlined expense structure, they are much more efficient.”

Consolidation among dealerships is rare these days, he said, because owners aren’t motivated to sell right now.

“It’s a sellers’ market in terms of valuations,” Mr. Kurkin said, “but they have to balance that out with what they will they do with the proceeds. So unless they have estate-planning or succession issues, those who have well-managed dealerships are not motivated to sell.”

“It’s tough to put in new stores, as the market is saturated,” Mr. Kurkin said. “We don’t see much new construction other than the occasional remodeling to comply with new image requirements from the manufacturer.”

“We definitely went through a cycle of closings and some foreclosures,” he said. “Some manufacturers ended up implementing changes in their business plans and consolidating other business groups in the same family.

“But today they are in expansion mode. The auto industry has come back like gangbusters, which has been a wonderful part of our economic growth. Not only foreign but also US manufacturers are looking for new points and locations. Some are looking to improve their position: because of changes in demographics around areas that were once auto-dealership rows, they are going elsewhere.”

The seller, A-1 Fargo Van & Storage, was represented by The Katsikos Group.

“We are delighted to have been able to acquire this property because of how our business has expanded over the last several years,” said G. Ed Williams II, chairman & CEO of Williamson Automotive Group Cadillac Buick GMC. He said the new site will be used for operational purposes.

Other expansions possibilities are opening up, Mr. Fay said, around large residential developments such as North Miami’s One Fifty One at Biscayne, formerly called Biscayne Landing.

“A lot of dealers are looking at that,” he said.

At the south end of the county, Mr. Fay said, dealers are migrating from US Highway 441 to new sites closer to the Interstate 95-Palmetto Expressway corridor.