Advertisement
The Newspaper for the Future of Miami
Connect with us:
Front Page » Transportation » All Aboard Florida unveils station details

All Aboard Florida unveils station details 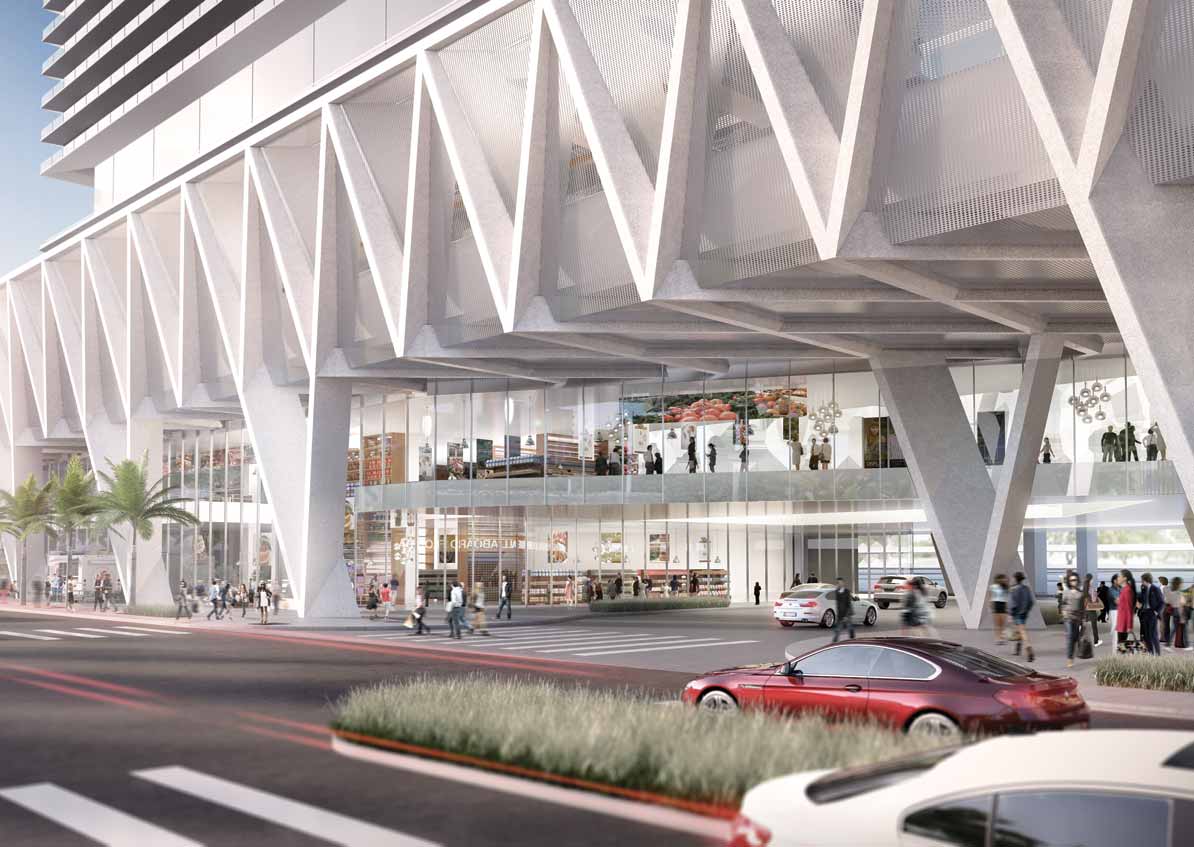 All Aboard Florida has submitted plans detailing the look and configuration of its downtown Miami station.

The station is to rise on nearly 7 acres spanning from Northwest Third to Eighth streets between Northwest First Avenue to the east and the Metrorail to the west, according to a site plan and renderings All Aboard Florida turned in to Miami-Dade County.

Overall, the station is to have a gross square footage of nearly 300,000, records show. It is to rise 84 feet above ground – well below the Federal Aviation Administration’s maximum allowed height. Plans are for the trains to come in through a 50-foot-high viaduct.

All Aboard Florida, a subsidiary of Coral Gables-based Florida East Coast Industries, is a planned passenger rail line to link Miami and Orlando. Aside from downtown Miami, trains are to stop in downtown Fort Lauderdale, West Palm Beach and at Orlando International Airport.

Plans are for trips to take about three hours.

While Miami-Dade commissioners already gave their blessing on the project’s overall look, All Aboard Florida still needs to obtain approval for the station’s details. The company is seeking administrative approval from a committee comprised of Miami-Dade County and City of Miami representatives.

The site plan All Aboard Florida submitted to the county sheds light on what the company proposes.

Materials to be used for the outside of the viaduct include stainless steel woven metal fabric, textured cast-in place concrete and glass, according to the site plan.

Representatives sitting on the committee that is to review, and ultimately vote on, All Aboard Florida’s downtown Miami station have previously said that they are concerned about soot accumulating on the viaduct from the diesel-powered trains.

One way to deal with the dirt is to use the right materials as well as to implement a maintenance plan, Miami Zoning Administrator and committee member Irene Hegedus said.

Miami-Dade Transit representatives sitting on the administrative committee reviewing station plans pushed for such a connection during past meetings with All Aboard Florida.

At the time, All Aboard representatives said the committee is overreaching by mandating the structure so early in the process.

The parties settled on “an elevated pedestrian” link between the future station and the Metrorail.

According to plans submitted to the county, the overpass is to run from All Aboard Florida’s mezzanine level or from its platform to Metrorail’s mezzanine level. A mezzanine is an intermediate floor between two main floors of a structure.

Details of this connection, however, remain to be determined.

Here are some other station details All Aboard Florida provided in its site plan:

•About 25% of the gross development area will be dedicated to open space, which is more than the 15% minimum mandated by the county. Renderings of the platform show raised-bed areas covered in grass.

•The station is to come with nearly 163,000 square feet of commercial and retail space.

All Aboard Florida is seeking administrative approval only for the station part of its downtown terminal. The project is to also include four buildings, including a 70-story mixed use tower. Review of the buildings is to come later. Overall, the entire project will cover about 9 acres and run from Northwest Eighth Street south to First Street. The station, however, stops at about Northwest Third Street.

The committee comprised of county and City of Miami staffers is to review station plans at a meeting tentatively scheduled for Sept. 3.

5 Responses to All Aboard Florida unveils station details