Advertisement
The Newspaper for the Future of Miami
Connect with us:
Front Page » Education » Vast housing construction in FIU’s plans 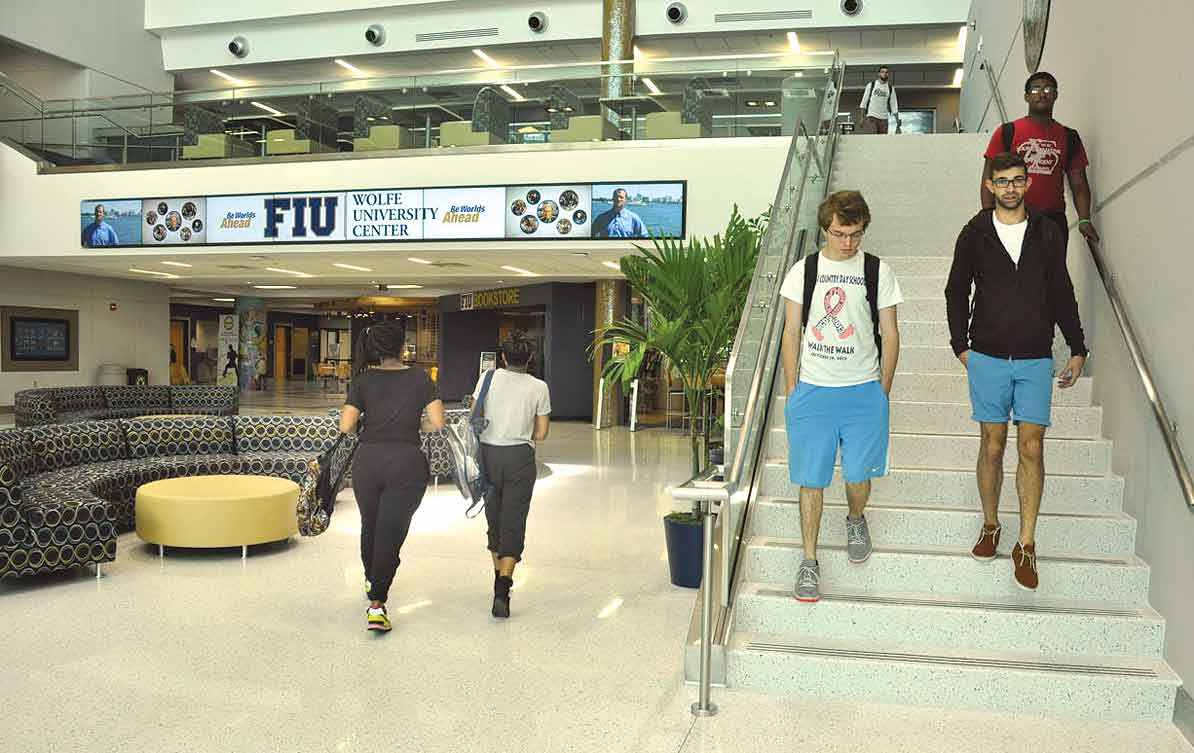 A conceptual plan for the expansion of Florida International University into Tamiami Park calls for more than 1.2 million square feet of student and faculty housing.

A draft of the plan was used for part of a study released last year that analyzed the benefits to FIU if the university is allowed to expand its main campus south into an 86-acre portion of the county-owned park leased to the Miami-Dade County Fair & Exposition.

FIU’s plan hinges on relocating the fair to another site, which county and FIU officials have been exploring with the fair’s management.

In addition to residence halls, FIU’s conceptual plan calls for expansion of the College of Engineering and Computing, health care partnerships, a business incubator or entrepreneurship center, and a conference center/alumni center, FIU spokeswoman Maydel Santana-Bravo said this week.

In a letter to the university’s “community” released last week, FIU President Mark Rosenberg wrote that the university is proposing a “no-cost-to-the-county relocation of the fair that still allows all of the Tamiami Park activities, like youth baseball and basketball, to remain.”

Dr. Rosenberg also wrote that FIU will not raise tuition to cover the cost of the expansion, which last year’s study by an independent consultant estimated would be $900 million in construction costs.

“The physical location of the fair next to the main FIU campus presents Miami-Dade County with a unique opportunity to maximize the use of that public space to generate economic development and expand our higher education infrastructure all at the same time,” Dr. Rosenberg added.

FIU’s draft plan for the site, as outlined in the study, would include:

nNew space for faculty housing totaling 611,400 square feet with a capacity of 1,880 beds. This would be part of “partnership” space totaling more than 1.67 million square feet that could take a variety of forms, including hotels, and be built by the private sector in association with FIU or with other public sector entities.

FIU’s concept for the Tamiami Park site includes other components apart from housing.

In terms of construction, the study found that the non-recurring economic benefits to the county’s economy from the FIU expansion would be more than $1.8 billion, including more than $627 million in earnings from direct and indirect jobs created by the project.

Ms. Santana-Bravo said the details noted in the study are just preliminary, as so much still needs to be done before any construction could begin at the site.

County commissioners have directed Mayor Carlos Gimenez to recommend by Sept. 3 a site for relocation of the fair, and use of the Tamiami Park site by FIU would need approval of county voters by referendum.

In the coming year, FIU will graduate about 12,500 students and enrollment continues to grow, according to Dr. Rosenberg.

“Our proposed expansion will enhance our ability to create new jobs for the South Florida economy and produce greater student talent in engineering, the sciences, and entrepreneurship – areas that are state priorities and key to economic development,” he wrote.

“Our current campus may seem large but we have the smallest main campus among the 10 traditional public universities in Florida’s state university system,” he added. “We will soon be out of space and we do not want to cap our growth and lose momentum for our community.”