Advertisement
The Newspaper for the Future of Miami
Connect with us:
Front Page » Communities » Youth expo operators seek ‘fair’ deal 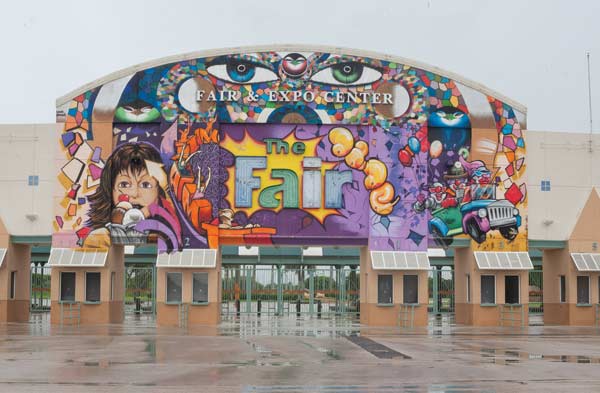 The head of the Miami-Dade County Fair & Expo says his group wants to get everything that it’s entitled to – and the bill could be well more than $100 million – before going anywhere to make room for the expansion of Florida International University.

That would involve costs for moving the fair to another site that’s equal to or better than its longtime 86-acre site at Tamiami Park, including land acquisition for a new site and any related road improvements and other infrastructure work that would be needed, said fair President and CEO Bob Hohenstein.

It also would include compensation for $95 million in investments – including ball fields and a swimming pool – made by the fair through the years at its current site, Mr. Hohenstein said.

“We expect to be reimbursed,” he told Miami Today this week. “There are specific processes and procedures that need to be fulfilled” in the fair’s lease with the county and in the county charter.

County commissioners, meanwhile, last week directed Mayor Carlos Gimenez’s office to recommend a new site for the fair by Sept. 3. Commissioners also are planning a referendum to ask county voters to approve turning over the public fairgrounds to FIU.

Before that can be done, Mr. Hohenstein maintains, the fair would have to consent to the move, although he struck a conciliatory tone that a solution could be found that satisfies all parties, saying “We realize the county is our landlord and we’re the county’s tenant.”

Commissioner Juan Zapata, whose district includes the fair site at Coral Way and Southwest 107th Avenue, said he placed the issue on last week’s agenda to move the discussion forward because the planned expansion of FIU would have benefits for the community.

Continued inaction on the matter is “holding back economic opportunities,” Mr. Zapata said, adding that FIU should “shoulder” some costs for relocating the fair.

Miami-Dade County Fair & Exposition Inc., a nonprofit organization, leases the Tamiami Park site from the county. The group’s marquee annual event is the spring Youth Fair, which drew between 580,000 and 600,000 attendees over 18 days this year, Mr. Hohenstein said.

The organization also hosts dozens of other events at the park throughout the year, drawing roughly 350,000 more attendees, he said.

The fair began there in 1972. Almost four years ago, the discussion started about moving the fair to make room for the university’s growth, but the issue never got settled.

Meanwhile, FIU has a $900 million expansion plan for new research and academic facilities, student housing and parking. Telephone calls for FIU comment were not returned.

Mr. Zapata said the university has grown so much but has “run out of room” with few, if any, viable alternatives to add land apart from the county fairgrounds directly to the south of its main campus.

The fair’s lease at the park runs through 2040 with extensions to 2085, according to Mr. Hohenstein. A cancelation clause allows the county to terminate the lease at any time “if the premises are reasonably determined to be required for a county purpose in the public interest.”

However, it specifies that the county give the fair three years written notice of such a decision and the county secure “an equal or better alternate site” in Miami-Dade.

Last year, a study was completed of three alternate locations: one in Homestead, one near Sun Life Stadium in Miami Gardens, and one in Northwest Miami-Dade called “the Graham site.”

Mr. Hohenstein said the Graham site would be the only one worth looking into further, with its location near the intersection of Interstate 75 and the Florida Turnpike.

He said the Homestead site wouldn’t be good for the fair’s business, with a projected revenue loss of 35% to 40% if it moved there, and the Sun Life site would be too small.

Meanwhile, the fair’s total annual revenue rose to $13.3 million for the fiscal year ended June 30, up about 8% from the previous year, according to Mr. Hohenstein.

The organization has a year-round staff of about 40 but hires about 600 seasonal employees for the Youth Fair. The group also has revenue-sharing agreements on concessions with the dozens of vendors who come in for the event.

Also, he said, thousands of local students participate in the Youth Fair, providing exhibits and more, as the organization has built a relationship with area schools.