Advertisement
The Newspaper for the Future of Miami
Connect with us:
Front Page » Top Stories » Vote could replace county courthouse 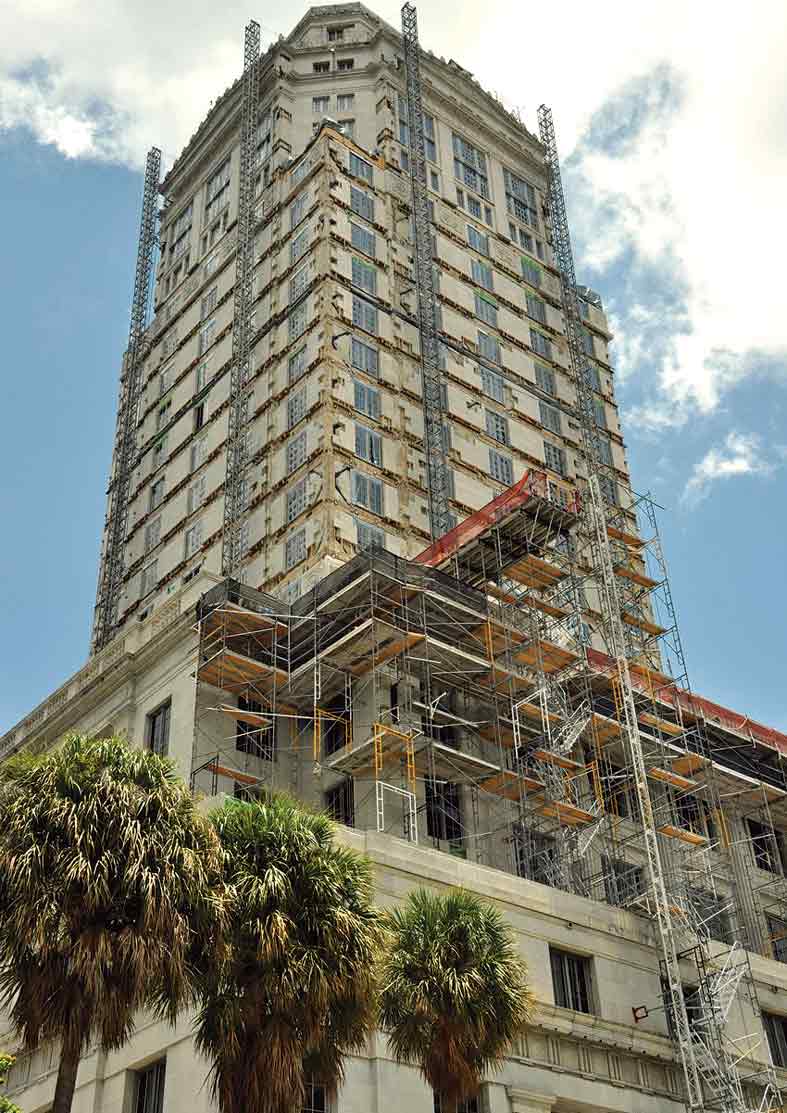 Miami-Dade voters might be asked to cast ballots this fall on whether the county should issue general obligation bonds to fund a new courthouse.

With a 10-0 vote, commissioners Tuesday directed staff to come back to elected officials with a report detailing the capital construction needs for a new courthouse. The existing vintage 1925 Miami-Dade County Courthouse, 73 W Flagler St., has been undergoing a $30 million renovation. Problems with the 28-story building include deterioration, such as water leaks and cracks in columns.

Chief Judge Bertila Soto has advocated for a new courthouse and has previously told Miami Today that a new facility is needed because of space concerns at the current facility.

According to Tuesday’s legislation, sponsored by Commissioner Xavier Suarez, the facility is “aging and no longer able to meet the needs of Miami-Dade County.”

Commissioners are to decide Sept. 3 whether to hold the referendum. If they green-light the initiative, the question would go to voters on the Nov. 6 ballot.

For now, however, county staff is to work with Chief Judge Soto to detail the capital construction needs for a new courthouse and the projected costs of a new courthouse design, county records show.

At the least, staff’s report is to analyze and recommend alternatives for funding emergency repairs at the existing building, acquiring land for a new civil courthouse, and the design as well as construction of a new main civil courthouse as well as four other courthouses throughout the county.

Among organizations that have stepped up and offered help: All Aboard Florida, the proposed rail line to connect Miami and Orlando.

The company, a subsidiary of Florida East Coast Industries LLC, has discussed developing a courthouse through a public-private partnership.

All Aboard Florida plans to build a nearly 9-acre terminal in downtown Miami just west of the existing courthouse. But a spot for a possible future courthouse hasn’t been picked. Renderings and plans for the company’s 3-acre downtown terminal don’t depict a courthouse.

The Miami-Dade County Courthouse houses the county clerk’s operation. County, civil and probate cases are heard at this courthouse.

In the 1980s, the building was added to the National Register of Historic Places.