Advertisement
The Newspaper for the Future of Miami
Connect with us:
Front Page » Top Stories » Odebrecht pressures county on Airport City 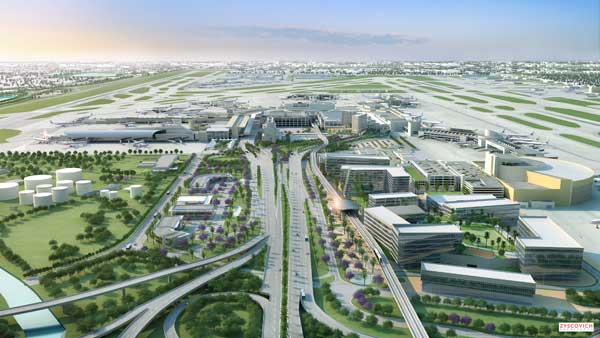 The US subsidiary of Brazilian construction giant Odebrecht is asking Miami-Dade Mayor Carlos Gimenez to push a proposed Airport City at Miami International Airport ahead, saying airport administrators have stymied the project that had been ticketed for Odebrecht “for no apparent justifiable reason.”

In a letter Monday, Odebrecht USA President and CEO Gilberto Neves told the mayor the firm has “worked tirelessly and in good faith” on the plan for six years but the Aviation Department, which manages the county-owned airport, has stalled the job.

Mr. Neves suggested Odebrecht may seek reimbursement of $11 million it has spent on planning, as well as damages, due to “the continually changing and oddly timed articulated reasons for not moving the project forward.”

Mr. Neves vaguely suggested officials may be distancing themselves from the Coral Gables-based firm for political reasons due to work an Odebrecht subsidiary did in Cuba. In 2012, Odebrecht America Latina expanded Mariel Port, 1980’s exit point for 125,000 fleeing Cubans.

His letter noted that last year a federal appeals court in Miami upheld a ruling that Florida’s anti-Cuba law was unconstitutional. The 2012 law banned agencies in Florida from awarding contracts of $1 million and up to firms dealing with Cuba or Syria.

Although the law would have affected dozens of companies, it was viewed as targeting Odebrecht, which sued to overturn it.

In February, Mr. Neves wrote, commissioners discussed the project and “confirmed publicly that there was much more to the issue of Airport City than simply finding the best real estate solution for the parcels.”

As of Tuesday, Odebrecht said the mayor’s office had not responded to its request to bring the project to commissioners with the Aviation Department’s support and approval. A spokeswoman said the mayor was not able to comment.

The original Airport City plan called for a business park with a hotel and conference facilities, office and retail space and restaurants covering 33.5 acres just east of Miami International’s terminals and parking garages.

Under former Aviation Director Jose Abreu, Airport City was intended to boost the airport’s non-aviation revenue. However, the project was dramatically scaled down under his successor, Emilio Gonzalez, a former Bush administration official who handled Cuba policy.

Asked Tuesday to respond to Mr. Neves’ letter, an Aviation Department spokesman said Mr. Gonzalez would delay comment until Wednesday, when the department was to make a presentation on Airport City before the county’s Transportation and Aviation Committee.

In February, Mr. Gonzalez wrote that Airport City was scaled down to make room for extra aircraft parking called hardstands instead of commercial development, and said the hardstands would generate “far greater” revenue for the airport.

Last month, Mr. Neves wrote, the Aviation Department announced “yet a new pretext for not moving forward with Odebrecht” when the department stated it was considering abandoning the public-private partnership concept for Airport City.