Advertisement
The Newspaper for the Future of Miami
Connect with us:
Front Page » Real Estate » Brickell office gains outpace downtown 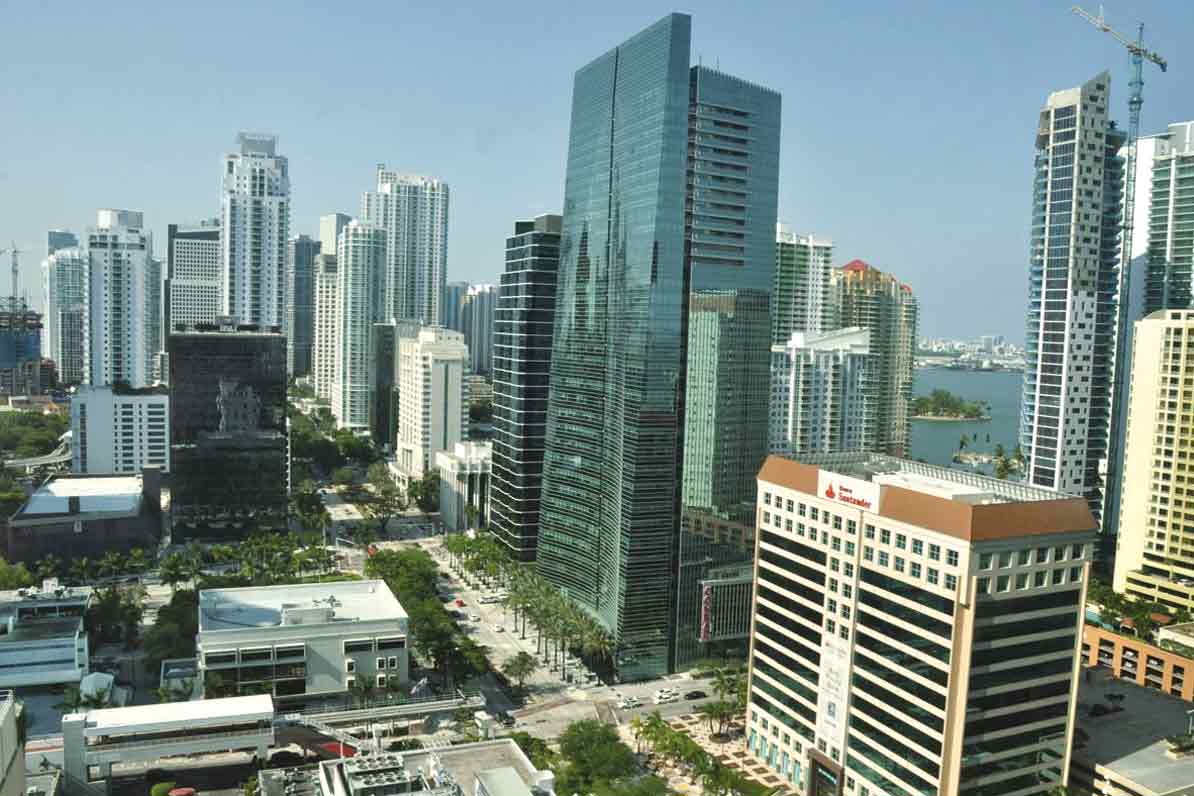 Brickell’s office market is recovering from a double-whammy, experts say, that depressed the market from 2008 through 2011 due to the opening of new office space just as employment was dropping sharply from the recession.

With the economy bottoming out in 2008 and 2009, office rental rates in the entire Miami-Dade region dropped more than 10%, according to an Office Market Overview released in May by the Miami Downtown Development Authority

At the same time, new office space was hitting the market, driving up vacancy rates, which peaked in late 2011, with nearly a quarter of all office space in Brickell vacant at that time, the report states.

Since then, Brickell’s recovery has outpaced that of the nearby downtown office market, as Brickell has seen a dramatic decrease in vacancies and slight increases in rental rates. The same can’t be said for the older downtown market.

“It’s the only submarket with plenty of high-end office space available at great values, and with great views and great access to after-work hours life,” Mr. Kingsley said, referring to the growth of condo towers, restaurants/bars, stores and other amenities in the neighborhood.

In the first quarter of this year, the Brickell area’s vacancy rate dropped to 15.4%, compared with 19.5% downtown. Meanwhile, Brickell’s average asking rent was $38.94 per square foot, compared with $35.82 downtown, according to Jones Lang LaSalle’s latest Office Outlook report.

A few buildings have had a weighted effect on the market, including the relatively new 600 Brickell. With 263,000 square feet of unrented space, the building had 58% vacancy as of the end of last year.

Another relatively new building, Wells Fargo Center, situated downtown but near Brickell, had 340,000 square feet vacant as of the end of last year for a 51% vacancy rate, the Downtown Development Authority found.

In 2007 and 2008, there was a strong run-up in rental rates throughout the county, with Brickell rates peaking in 2008 at $43.16 per square foot. Then came the recession and rates dropped significantly, according to the authority.

The outlook for coming years is promising. The authority projected that Miami-Dade will generate 21,600 to 25,200 new office jobs from this year to 2020. Based on that employment demand, office demand in Miami-Dade is projected to increase 910,000 square feet per year, or nearly 5.5 million square feet in total from 2014 to 2020.

Meanwhile, much of improvements in the region’s office market have been concentrated downtown and in Brickell.

Those two areas have been “steadily increasing their capture of the Miami-Dade County office market, and at a rate that is well in excess of trends that were observed in previous analyses even completed only two to three years ago,” the authority’s Office Market Overview states.

“We believe this trend will continue for the next few years for the following key reasons: there is only 454,000 square feet of office currently under construction in Miami-Dade County, well below historical construction trends,” it states, and a third of it is downtown and in Brickell, mainly from the Brickell CityCentre project.