Advertisement
The Newspaper for the Future of Miami
Connect with us:
Front Page » Government » Will busway become tollway? 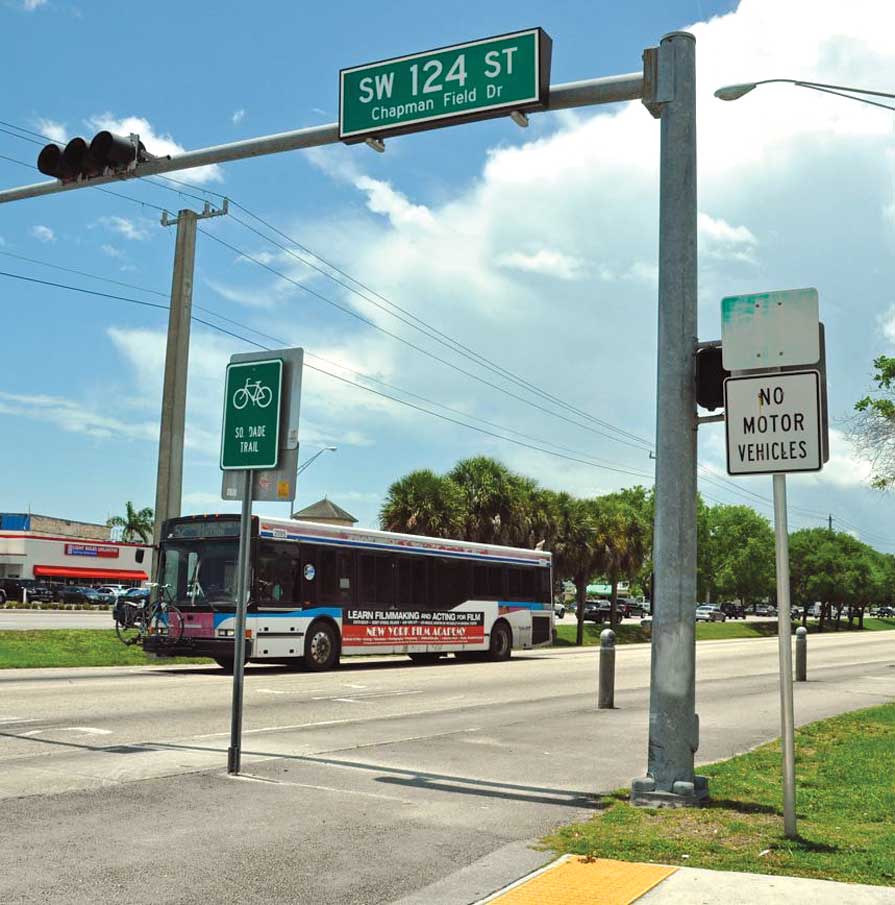 A county tolls-funded agency and its consultant are studying the financial and traffic feasibility of express lanes proposed for the South Miami-Dade Busway.

The Miami-Dade Expressway Authority (MDX) and Pennsylvania-based infrastructure firm GannettFleming are looking at combinations of lane and overpass configurations, toll structures, how far south the express lanes ought to stretch and the traffic market share the express lanes would capture in 2035 and beyond.

A successful combination of these factors would mean that an expansion of the busway would pay for itself through toll revenue only.

“What they are looking at is the cost and the configuration and the traffic to see if it really works,” said Tere Garcia, MDX public information officer.

The South Miami-Dade Busway runs along US 1 in the southern part of the county.

The express-lanes plan has a twofold purpose – alleviate congestion on US 1 and prompt public-bus use by building overpasses at busway intersections with cross streets to provide an express bus service.

While a toll rate isn’t set, an initial tier of the study called for consultants and MDX to look at a rate of between 10 cents and 80 cents per mile. Only private cars would pay tolls.

MDX and its consultants have significantly narrowed the project’s scope in previous study tiers.

There will be two bus lanes dedicated to northbound and southbound buses. A median would probably separate the private vehicle and the county bus lanes, graphics show.

The busway, now about 100 feet wide, would have to be expanded.

The busway was supposed to have overpasses at cross streets but they were never constructed because of lack of funds, said Ms. Garcia, the MDX spokeswoman.

If the project comes to fruition, there will be overpasses over intersecting streets, documents show.

“It’s not an all-elevated lane,” Ms Garcia said. “It will come up and down.”

Project supporters say the overpasses would prompt more public-transit use, and not just by the transit-dependent population. The overpasses, they say, would provide a truly express bus service, as buses wouldn’t have to stop at each intersection.

The busway expansion has had its critics.

In 2012, the Village of Pinecrest, one of three municipalities along which the expanded busway would run, passed a resolution opposing the project because it would increase traffic in the village and harm nearby businesses, records show.

The resolution also called for the county to revert to previous plans for extending Metrorail to South Miami-Dade.

There have been plans to expand the Metrorail south, so any configuration MDX and its consultants pick must leave room for such expansion in the future, documents show.

MDX is to make its recommendation to the Miami-Dade Metropolitan Planning Organization (MPO), which has final say on the project. A public hearing was expected to be held in August, but Ms. Garcia said MDX needs more time to complete the traffic and financial feasibility study.

If the MPO board, comprised mainly of county commissioners and other elected leaders, green-lights the project, the design phase would follow.

4 Responses to Will busway become tollway?