Advertisement
The Newspaper for the Future of Miami
Connect with us:
Front Page » Transportation » More traffic woes in 826-836 revamp 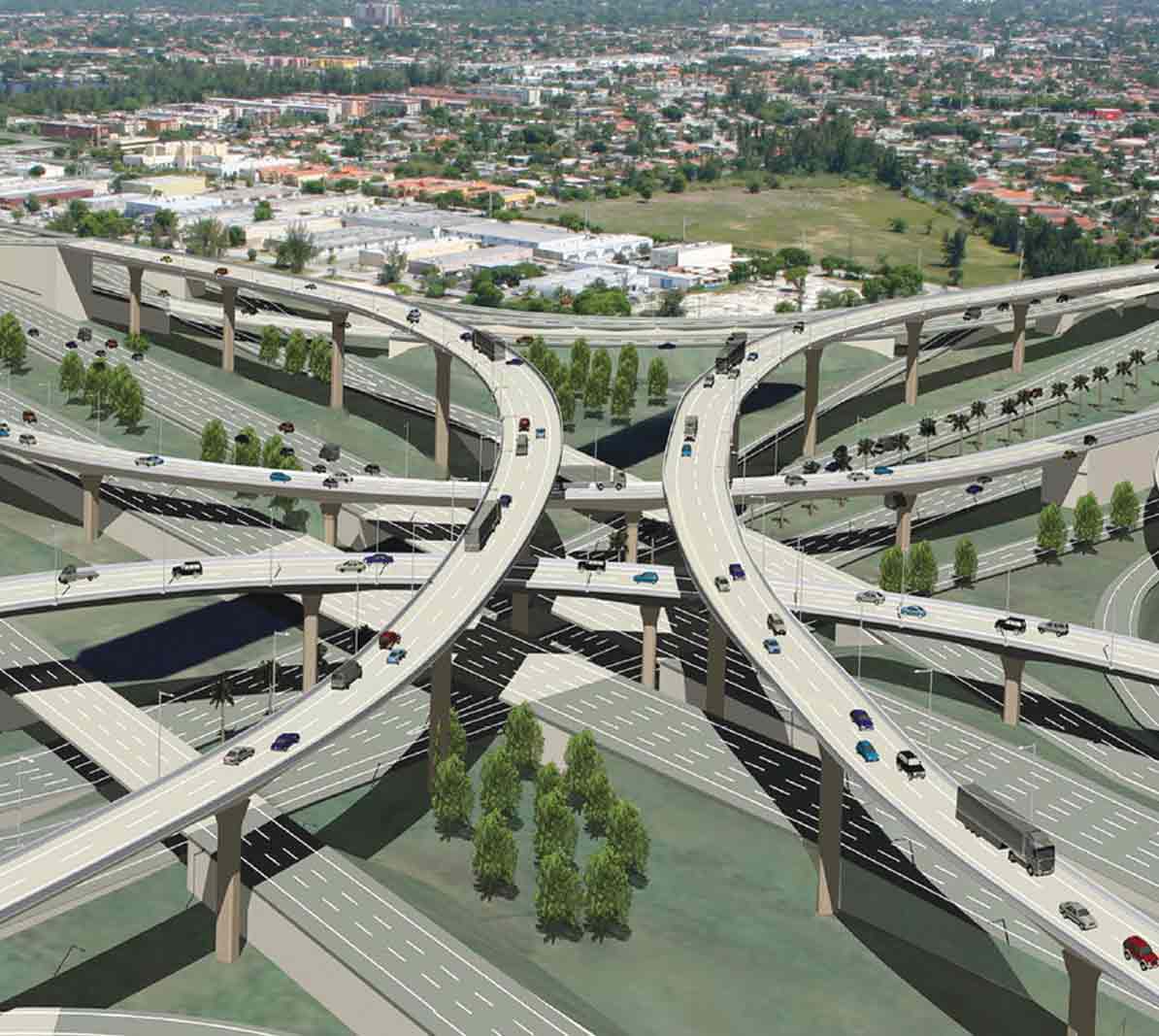 Drivers will be relieved to learn that the conversion of the interchange of State Road 826 and State Road 836 is on schedule for completion in the fall of 2015.

As work progresses, drivers can expect to see more night lane closures, and more traffic being rerouted while the “main lanes,” which will eventually carry the bulk of the traffic, are being worked on, spokesman Oscar Gonzalez said last week.

“Basically, we’re concentrating now on the reconstruction of 826, on building and widening lanes,” he said.

The interchange, which Mr. Gonzalez has described as “a pivot point,” is used by 430,000 motorists each day. When the $560 million project is completed, drivers going north on State Road 826 will have a direct connection – for the first time – to westbound State Road 836, and then to the Florida Turnpike.

Several auxiliary roadways will see changes even sooner, Mr. Gonzalez said. In August, work on Milam Dairy Road (Northwest 72nd Avenue) near Northwest 12th Street is to be completed to the point that motorists will be able to turn left directly from Milam Dairy onto westbound State Road 836, rather than loop east and then west, as they do now. “That will greatly ease congestion,” Mr. Gonzalez said.

The improved exchange will reduce travel times, says the Florida Department of Transportation, which has partnered with the Miami-Dade Expressway Authority to build the project. Another key advantage: the project includes the installation of traffic cameras and sensors so that drivers can get a picture of road conditions in real time.

The system will also help police, rescue dispatchers and Road Rangers, tow truck drivers who patrol the expressway system to help with disabled vehicles, part of a program supported by the Miami-Dade Expressway Authority.

One additional traffic lane is to be added in each direction, and scores of bridges will be replaced. The completed exchange will have taller flyover ramps that will be painted in the distinctive colors Miami-Dade Expressway Authority uses in its construction projects. The cement support columns will be stamped with a tropical motif.

There are no immediate plans to add tolls on State Road 836 westbound, the transportation department said last year. But drivers on State Road 826, which now has no tolls, might be given the choice of express lanes, for which there is a variable charge based on demand.