Advertisement
The Newspaper for the Future of Miami
Connect with us:
Front Page » Business & Finance » Facebook faces small businesses 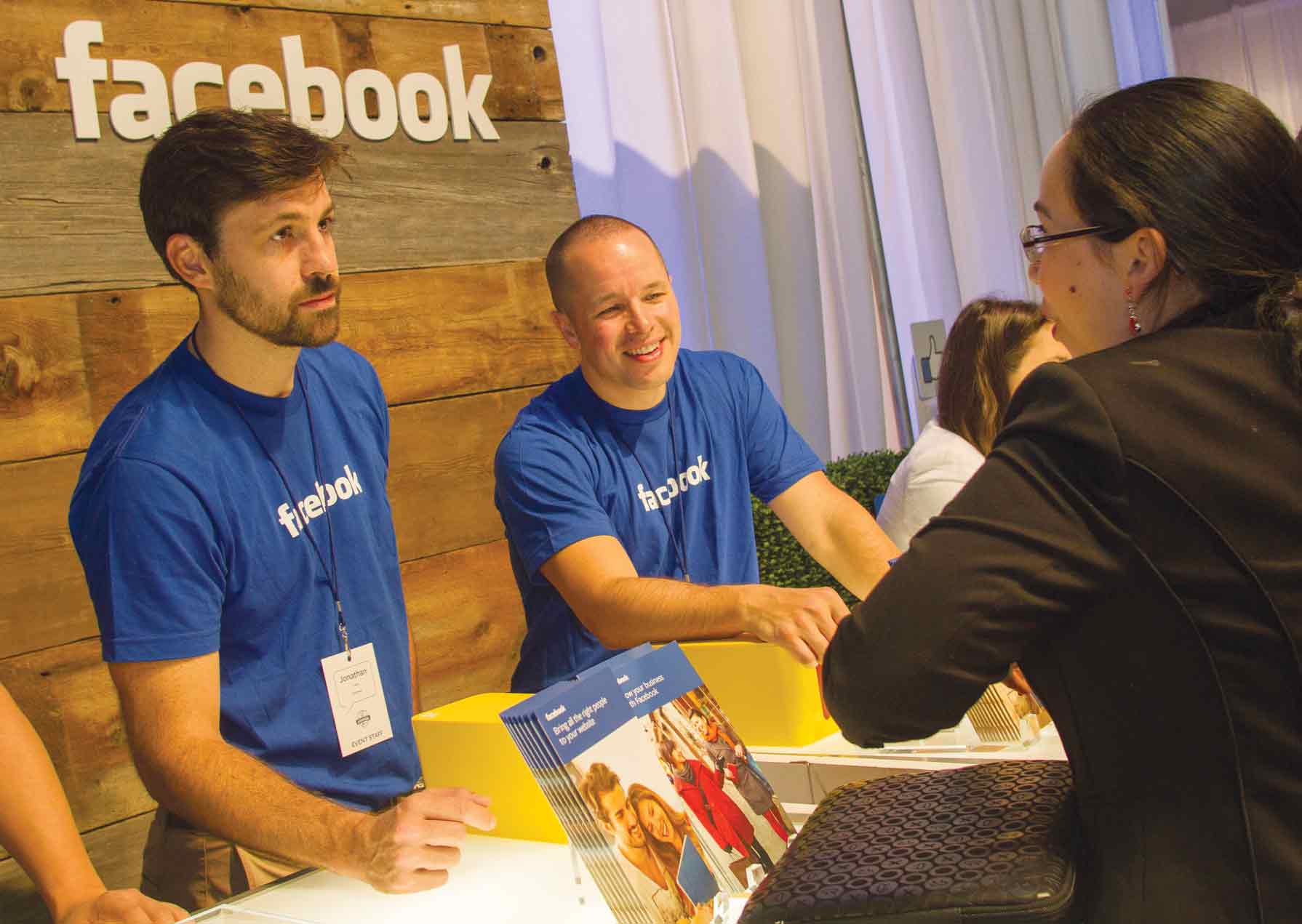 It’s hard to believe that Facebook didn’t exist 11 years ago. Now it seems like everybody has their own page, and small businesses searching for new marketing tools are delving in.

Representatives for the social media phenomenon came to Miami last week to teach small businesses from South Florida how to market themselves on the online network. And area businesspeople – about 700 of them – responded, according to organizers.

Mr. Levy said the daylong sessions downtown at Soho Studios Miami were meant to tutor small businesses on two levels: showing beginners how to create and detail their own pages and showing those already familiar with Facebook to go deeper into the process.

“What we’re really about is helping small businesses grow,” he said.

Miami was Facebook’s second stop after New York on a five-city “Facebook Fit” tour to increase use of the network among small businesses – not that businesses have overlooked the online service. About 30 million of them worldwide use the network, according to Mr. Levy.

The next stops on the tour are Chicago and Austin, Texas, in July and, finally, at Facebook’s Menlo Park headquarters in California’s Silicon Valley.

Among those at Thursday’s Miami sessions was Daniela Bermann, who handles business development for CureDiva, a website that bills itself as the “first ever” online shop and community platform for women facing breast cancer.

Ms. Bermann said she came to the event to “share our success stories” from using Facebook and to “learn from others” who have done the same. CureDiva uses Facebook to complement the company’s website, she said, which is the core of its business and features various products that women with breast cancer might need or want.

The company started in October, she said, and already has about 64,000 followers on Facebook.

CureDiva was among four Miami area small businesses that participated in a panel discussion that was part of the event, which also included breakout sessions with Facebook and several successful “e-commerce” companies.

In addition, the event featured a “Facebook Fit All Star Challenge,” a video contest in which attendees got to talk about how they promote their business in the local market. And two attendees are to be selected from each stop of the tour for an all-expense paid trip to Facebook headquarters in Menlo Park.