Advertisement
The Newspaper for the Future of Miami
Connect with us:
Front Page » Arts & Culture » Culture to cash in on 97 budget items

Culture to cash in on 97 budget items

Written by Miami Today on May 27, 2014
Advertisement 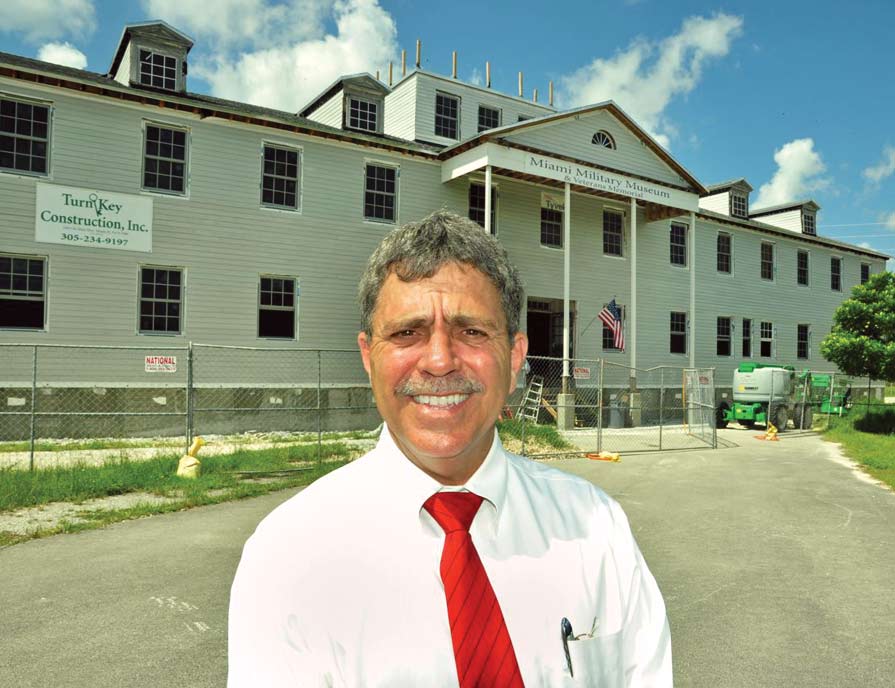 Sitting on the desk of Gov. Rick Scott in the state budget that awaits his signature are 97 separate appropriations for Miami-Dade County cultural organizations.

Because the governor can remove any individual item from the budget, none of these items is assured until the governor signs the bill in which they are contained. He must do so by June 4.

In sheer number of items but certainly not in dollars, the cultural section is the largest single slice of budget items ticketed directly to Miami-Dade, even more numerous than the 78 items related to roads and bridges construction, maintenance, engineering and land acquisition, which carry a far larger price tag.

In all, the Miami-Dade Legislative Delegation tallied $1.8 billion in appropriations in the budget targeted directly at Miami-Dade County.

In all spending areas, other funds will also benefit the county, its infrastructure and its organizations, although they are to serve purposes broader than any single county.

The largest Miami-Dade cultural facilities items in the budget is $1.075 million for the Military Museum of South Florida, which for years under the leadership of Anthony Atwood has sought to turn a World War II blimp hangar into a military museum.

The hangar is the only one of the 25 from the Richmond Naval Air Station that has survived. It was later used as a CIA base for covert operations against the Castro government in Cuba and successively for other purposes before being moved to land beside Zoo Miami for conversion to a museum.

The original building was 12,000 square feet and 157 feet tall. The conversion, originally ticketed at $2 million total, has been under way for years.

The second largest cultural facilities grants, for $500,000 each, are for the Gateway Park Performance Area in Sunny Isles Beach, the 114th Avenue Park Community Center in Doral, the Town of Bay Harbor Islands Cultural Facility, and the Miami Woman’s Club, a 1926-vintage building at 1737 N Bayshore Drive in Miami that has been on the National Register of Historic Places for 40 years and is doing a $12 million restoration.

The other county cultural facility ticketed for funds is the Friends of the Bass Museum Inc., which is to receive $216,034.

The largest single planned funding among the 71 cultural and museum grants ticketed for Miami-Dade is $400,000 for the Holocaust Museum in Miami Beach, followed by $300,000 for HistoryMiami, which in newly expanded space at 101 W Flagler St. is to receive a grant for an Operation Pedro Pan Exhibition marking the flights to Miami of thousands of unaccompanied Cuban children escaping the Castro regime in the 1960s.

Beyond those large slices of funding, 15 organizations are to receive $150,000 each in the next large wave of funding.

Also in the $150,000 category are the Museum of Contemporary Art, now locked in a battle for control with the City of North Miami; the Museum of Science, which is building its own new bayfront museum beside the Pérez museum; the Florida Grand Opera; the Florida International University Research Foundation; Friends of the Bass Museum; the National Foundation for Advancement in the Arts; the New World Symphony; the Performing Arts Center Trust; The Miami Theatre Center; and the Zoological Society of Florida, funding body for Zoo Miami.

Just a few dollars behind this group is Florida International University, ticketed to receive $149,638 in culture and museum grants.

Smallest of the 71 culture and museum grants are $3,297 for Community Arts and Culture Inc. and $4,226 for South Florida Friends of Classical Music.

The two cultural endowment grants, each for $240,000, are to go to the Jewish Museum of Florida and the Miami Children’s Museum.