Advertisement
The Newspaper for the Future of Miami
Connect with us:
Front Page » Business & Finance » Vision of an inland cargo port

Vision of an inland cargo port

Written by Scott Blake on May 14, 2014
Advertisement 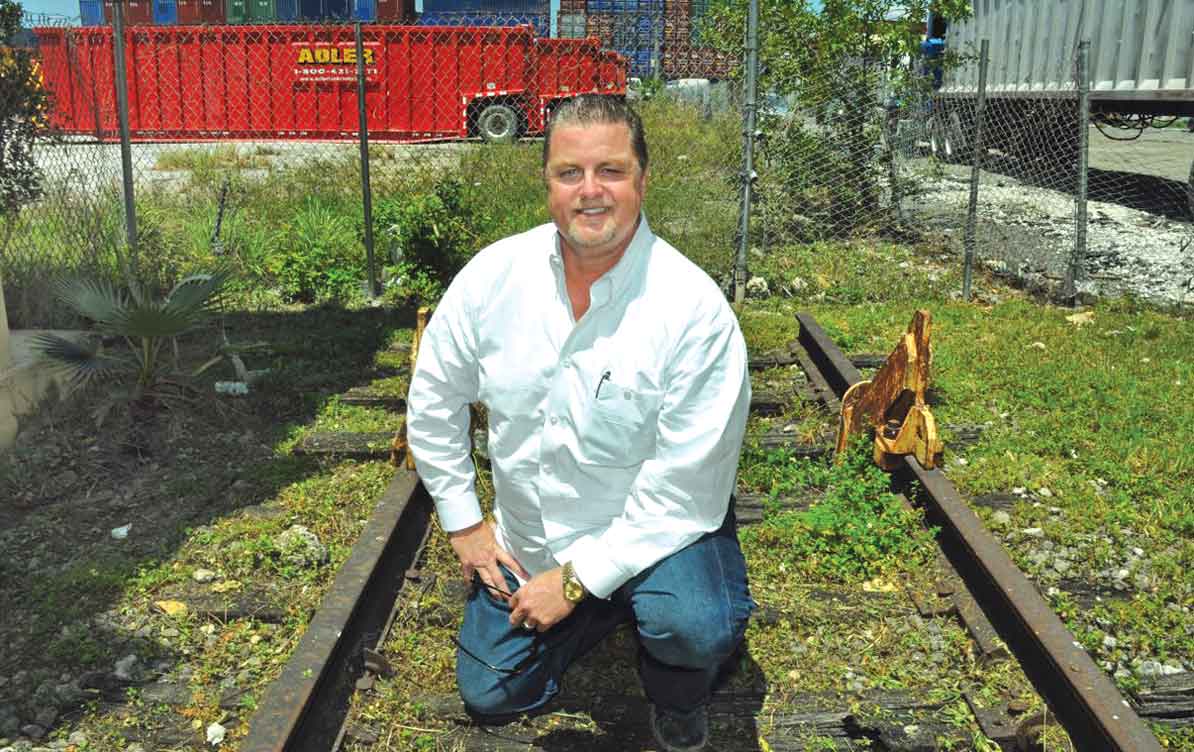 Overlooking his family’s land in Medley from atop a nearby landfill, businessman Lowell Dunn II has a vision for creating an “inland cargo port” that would involve selling a big chunk of the Dunn property while addressing three county needs.

Those needs, as Mr. Dunn sees it, are creating more space at PortMiami by shipping containers west to heavily industrialized Medley, saving landfill space with the development of a waste-to-energy plant on the site, and using that plant to generate electricity at a discount for Miami International Airport.

In addition to putting together a big deal for the Dunn Companies, a family-owned conglomerate of business ventures started by his parents 57 years ago in Northwest Miami-Dade County, for Mr. Dunn, the inland cargo port would be a “win-win” situation for all parties involved.

“Let’s make a difference in life,” he says with the enthusiasm of an optimistic entrepreneur. “Let’s not sit around and talk about it. Let’s do something about it.”

That something, according to Mr. Dunn, would involve a public-private partnership among his family, several county departments, an energy company, an industrial real estate firm, and Florida East Coast Railway.

His family already has a long record of entrepreneurship. Mr. Dunn’s parents – Lowell and Betty Dunn – started a construction contracting firm in 1957 out of their garage in Miami Springs and, through the years, later diversified into oil and gas and other lines of business.

Since his father died in 2006, Mr. Dunn and his mother have run the family’s collection of companies from the same small brick office building on Northwest 103rd Street in Hialeah Gardens where the family has done business since the early 1970s.

He says he and his mother aren’t much into titles – he just calls her “the boss.” She acts as the CEO, he adds, and he is the second-in-command.

“I have sisters,” he explains, “but they’re not nearly involved in it as I am.”

The Dunns own large swaths of land around a private landfill in Medley operated by waste disposal giant Waste Management Inc.

As currently envisioned, the Dunns would sell about 160 to 200 acres of their property for the inland cargo port. Some of the land would be used for the power plant and another area would be used for the cargo – part of which the family now rents to cargo container storage and repair companies.

Those companies, Mr. Dunn says, might be able to remain there or they could be moved to another spot.

Already, Florida East Coast Railway’s freight tracks lead to the Dunns’ site from the FEC’s rail yard in Hialeah – a line that also runs east into PortMiami and also breaks off north up the Florida coast along US 1.

FEC Vice President Bob Ledoux says the company is aware of the Dunns’ proposal and would have no objection to allowing its tracks to be used for a fee, as would be customary, for the proposed operation in Medley.

Mr. Dunn says he has discussed the project with Infinitus Energy, a waste-to-energy company in Plantation, and the company is interested in participating.

Details would have to be worked out, but, as he sees it, the family could sell land to Infinitus, which would develop and operate the plant, and dispose of some of the county’s waste there for a fee.

By converting waste to energy, he says, the plant would help solve the county’s looming lack of landfill space. He adds that he’s had discussions about it with the county’s Solid Waste Management Department.

In addition, an underground power line could be built from the plant along the FEC tracks to supply electricity to Miami International several miles to the southeast.

Mr. Dunn theorizes that Infinitus and the county could come to an arrangement to supply the county-owned airport with power at a lower rate than it now receives from Florida Power & Light Co., the state’s largest utility company.

Because Infinitus is not a utility, he says, the county could arrange the agreement so that it is buying the electricity from itself, which would be permitted.

“It would be self-dealing,” explains Mr. Dunn, who serves as president of the family’s Betwell Oil & Gas Co., with operations in Texas. “The county could produce it with the help of Infinitus, so it would be producing its own electricity and paying less for it.”

Representatives for Infinitus did not return telephone calls from Miami Today seeking comment.

As he sees it, Prologis could buy the land from his family, develop the facility and lease it to the county as an extension of the county-owned seaport.

He reasons that the seaport will need inland storage space in coming years, as the county has invested hundreds of millions of dollars to attract and accommodate larger cargo operations in the future, but there is limited space on Dodge Island, where the port is based.

FEC, meanwhile, has reactivated its freight rail into the seaport with a connection to its Hialeah yard, but Mr. LeDoux says the Dunns’ plan would not conflict with its operation, adding that the extra space in Medley would be needed.

A spokesman for Prologis declined to comment on the plan.

“We don’t comment on rumors or speculation related to projects/transactions until either all permits and planning are in place for a project, or, as it relates to transactions, until the transaction has closed,” Prologis spokesman Atle Erlingsson wrote in an email to Miami Today.

Mr. Dunn says he’s had informal on-and-off discussions with various parties for years, but now the conditions seem to be right, so he is optimistic that he can bring together the key players and they can hammer out a deal – at no cost to taxpayers.

He adds: “There’s zero funds required from the public sector.”

One Response to Vision of an inland cargo port