Advertisement
The Newspaper for the Future of Miami
Connect with us:
Front Page » Communities » Seaquarium deal flows swimmingly

Written by Lidia Dinkova on May 7, 2014
Advertisement 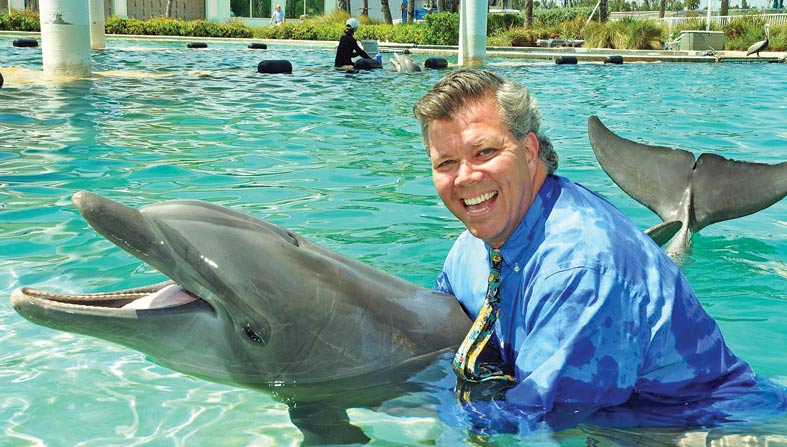 Even though the Miami Seaquarium has been officially sold, the same rent agreement will remain in place.

Miami-Dade, which owns the facility on Virginia Key, will receive a one-time payment of, at the most, $1.5 million, from the stock sale.

But aside from that, the lease agreement between the county and Miami Seaquarium’s operator, Marine Exhibition Corp., will remain in place, officials said.

That agreement calls for the operator to pay the county an annual rent equal to the greater of a $1 million or 5% of all revenue up to $1 million, 7.5% of the next $500,000 and 10% of all revenue above $1.5 million, according to the lease between the county and Marine Exhibition Corp. In cases where the guaranteed is paid but the annual gross revenue is less than $7.5 million, the rent paid to the county will be $750,000, according to the agreement.

Generally, it seems the percentage option has been the rent paid annually.

Over the years, that rent has been about $2.7 million a year, making the operator the largest tenant within the county’s Parks, Recreation and Open Spaces Department, records show.

Marine Exhibition will sell all of its stock to California-based Festival Fun Parks LLC. Until now, Marine was a subsidiary of Coral Gables-based Wometco Enterprises Inc.

On Tuesday, the county commission approved the sale as well as the future merger of Marine Exhibition into Festival Fun Parks or an affiliated company.

“The same on-site management will remain, including myself and the six directors who run the different departments here in the park,” Andrew Hertz, Miami Seaquarium president and general manager, told Miami Today.

The county is to receive a one-time payment equal to 8% of the net book profit from the stock sale. County records show that Marine Exhibition will pay Miami-Dade no less than $1 million at closing of the sale, and the company will hold another $500,000 in escrow with its attorney until the final determination of Wometco’s net book profit. Money in addition to the $1 million one-time payment will be paid within 90 days after closing, records show.

Over the past 18 years, Mr. Hertz said, owners have received about two to three offers annually to buy the park even though there weren’t any solicitations. While operators didn’t take up any of these offers, Mr. Hertz said this offer “made sense” for Wometco, Miami Seaquarium and taxpayers.

“When somebody comes in with the background of Palace [Entertainment Holdings LLC], you have to treat it seriously,” he said.

Festival Fun Parks has the same officers and managers as Palace Entertainment Holdings LLC, records show. Palace is a subsidiary to Madrid-based Parques Reunidos, an international parks operator. London-based Arle Capital Partners, a private equity firm, owns Parques Reunidos, according to county records. Palace is behind an array of other family entertainment parks, including Boomers! in Broward County.

Between 2000 and 2013, about $20 million worth of renovations were done at Miami Seaquarium, including improvements to the electrical infrastructure, Mr. Hertz told Miami Today. The work accrued some debt, he added.

But the sale to Palace Entertainment Holdings will eventually pull the facility out of debt, Mr. Hertz said.

“There’s going to be opportunity for the park to really hit a stride again,” he said.

In the short run, Miami Seaquarium won’t be much different for patrons either. Exactly what Palace plans for the future of the facility, however, isn’t known. Company representatives didn’t return calls to Miami Today.

One thing, however, is for sure: There won’t be any terrestrial animals there anytime soon, according to county records.