Advertisement
The Newspaper for the Future of Miami
Connect with us:
Front Page » Communities » City spars with marina over debt, bidding rights 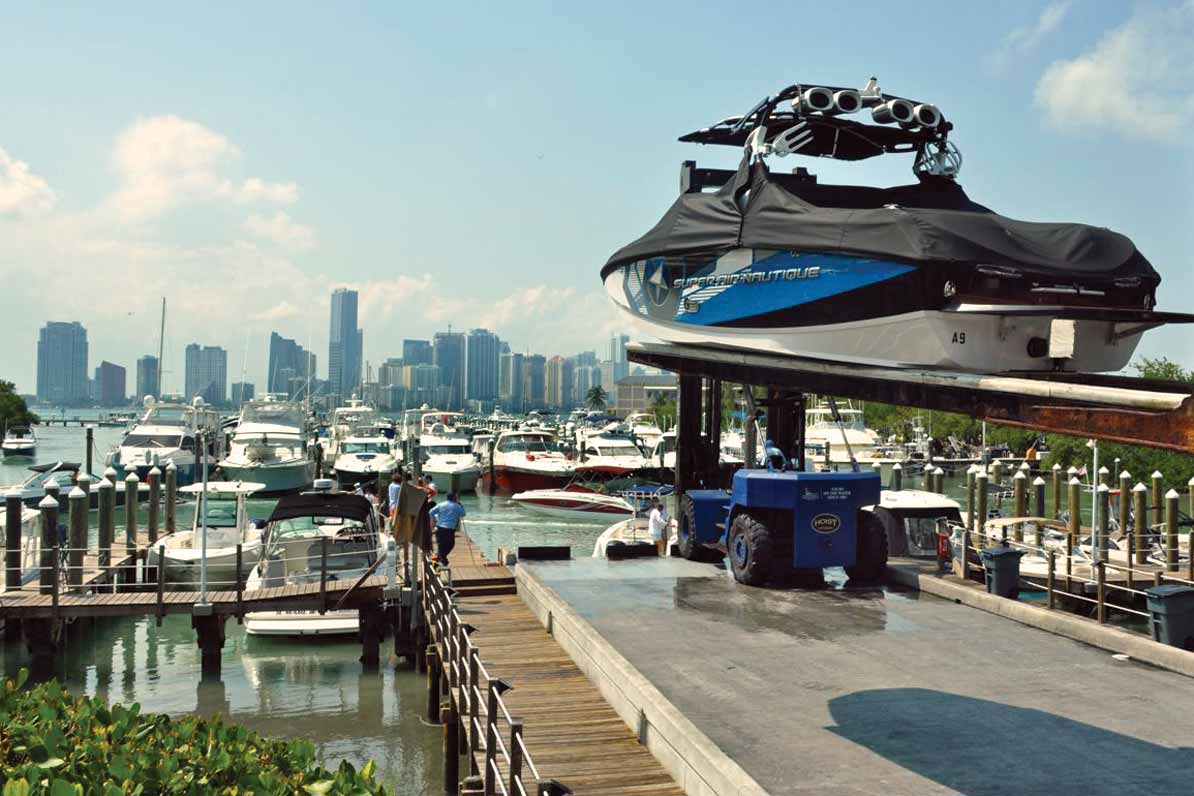 The owner of the Rickenbacker Marina says the City of Miami is picking on him. The city says there’s a slight matter of $2 million that the marina owes the city – not to mention a messed up walkway that the marina built.

The city is working on requesting proposals to upgrade the site – a scenic spot along the Rickenbacker Causeway on the way to Key Biscayne – and apparently isn’t interested in a bid from the marina for the project, although the marina has leased the city-owned site for 28 years.

The city has ruled the Rickenbacker Marina in default of its lease due to the $2 million owed and the unapproved walkway work. The redevelopment would move forward when the marina’s lease expires in 2016.

Aabad Melwani, the marina’s owner, isn’t going down without a fight. He’s filed a lawsuit in Miami-Dade County Circuit Circuit, asking the court to find that the marina is not in default of the lease and to award any other relief it deems “just and proper.”

“Simply put, the city is using the alleged defaults…to prevent Rickenbacker (Marina) from bidding on the 2016 lease – for purely political motivations,” a recent amended complaint from the marina states.

The city, meanwhile, has filed a counterclaim, charging the marina with breach of contract.

The city maintains that, under the marina’s current lease extension, it agreed to contribute at least $2 million for the construction of a new parking facility with at least 220 parking spaces to serve the users of the marina and other nearby facilities.

“The city is causing the Miami Parking Authority to build the new parking facility…and has so notified Rickenbacker Marina to contribute $2 million toward its construction,” the city’s countersuit states.

The marina concedes that it hasn’t paid the money, but argues it shouldn’t have had to pay yet because the parking facility had not been built, nor was it “caused” to be built by the city as of that date – thus no payment should be due.

“In fact,” the complaint reads, “the city still has no building permit, no final sealed drawings or plans, no certificate of occupancy, and not one shovel has been placed in the ground, not even for a ceremonial picture with the mayor and commissioners present!”

According to the city, the marina’s other lease violation stems from its construction of a walkway on the site that was supposed to be 11 feet wide, but was only five feet wide.

The marina has an explanation for that, too.

“Rickenbacker (Marina) could not build the walkway any wider one on side because it would interfere with the environmentally sensitive wetland and mangrove areas protected” by the county, the suit states.

David Haber, the marina’s lawyer, said Mr. Melwani wants to be able to bid for the city’s development plans for the site, which also includes the city-owned Marine Stadium Marina and the vacant Miami Marine Stadium. There also is the Rusty Pelican near the Rickenbacker Marina.

“The city indicated its intention to keep Rickenbacker out of the bidding process – despite the fact that the alleged defaults are highly disputed by Rickenbacker and have not yet been considered or adjudicated by this court,” the marina’s complaint states.

A 2013 city ordinance allows the city to reject a bid received during the public bidding process if the bidder has been notified by the city of money the bidder owes to the city in the last five years.

The marina claims the ordinance was a set up – that it was approved with intent to prevent the marina from bidding on the 2016 lease and in retaliation for the marina contesting its lease defaults.

City Attorney Victoria Mendez did not return telephone calls inquiring about the case.

Meanwhile, the city is working on issuing a request for proposals for the site, according to city lease manager Mark Burns.

The idea, Mr. Burns said, is to combine the two marinas on the site – Rickenbacker Marina and the Marine Stadium Marina – in addition to having a “restaurant facility” and parking garage on the site.