Advertisement
The Newspaper for the Future of Miami
Connect with us:
Front Page » Government » A final year to flush out government waste

A final year to flush out government waste 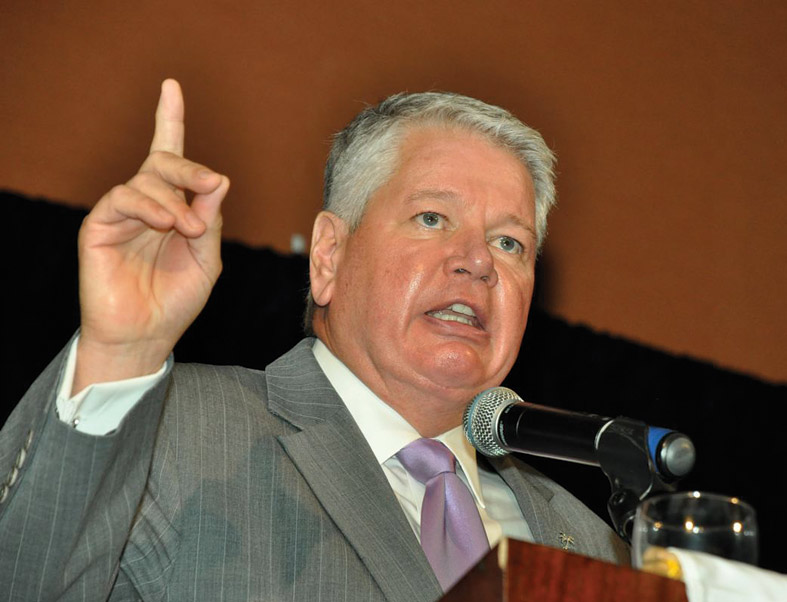 Bill Johnson, former director of PortMiami, isn’t going to end his nearly 35-year career with Miami-Dade County quietly. The new director of the Water and Sewer Department presented his agenda and goals for the department after just a few days in his new role to the county’s Infrastructure and Capital Improvements Committee last week.

Over the next year under his direction, Mr. Johnson said, the Water and Sewer Department can expect cost-saving measures and streamlining, which may mean cutting personal and taking a harder look at operational costs.

One point Mr. Johnson emphasized was the importance of effective and efficient execution of the consent decree for improvements to the waste water collection and treatment system.

Last May the county commission authorized the consent decree with the US, the state and the Florida Department of Environmental Protection. Over a 15-year period, the decree allots an estimated $1.6 billion in capital improvement spending for the sewer system, $15 million for upgrading the department’s operations, $825,000 for outside monitoring, a one-time civil penalty of nearly $1 million and $2 million to fund a general obligation bond.

“One of the most important things I think I can bring to the department over the next couple years is bringing the consent decree and putting it to action, putting it to work,” Mr. Johnson said.

With several billion dollars worth of infrastructure in the county, he said, executing the consent decree project on time and on budget is a priority. “We must be as efficient as possible.… We must restore credibility with this board and the public that pays our bills,” Mr. Johnson said.

“One of the things we want you to look at is precisely the implementation of the $1.6 billion consent decree,” Mr. Suarez said. In the vein of streamlining Water and Sewer operations, Mr. Suarez asked whether outside project management was necessary under the decree and if it were possible to do more oversight in-house to cut costs.

As Mr. Johnson moves through his first month in his new role, he said, these are exactly the types of questions he’ll look to address.

“What I hope to do at Water and Sewer is look at [the] organization with a fresh set of new eyes,” he said. “To be healthy and remain healthy, you have to continually look [and] focus on opportunities to continue to improve and enhance [performance],” he said. To do so, the department will begin looking at both internal and external costs.

As director, Mr. Johnson said he will look for opportunities to make the entire operation more efficient and responsive to the community, the taxpayers who pay the bills for the county.

“We must look to be more operationally efficient. We need to be looking to streamline our operation,” Mr. Johnson said. In the first week in his new job, Mr. Johnson heard presentations from Water and Sewer staff and outgoing director John Renfrow, who will retire April 30. Mr. Renfrow had been head of Water and Sewer since 2006.

Mr. Johnson comes to Water and Sewer with 34 years of work across Miami-Dade County, having held directorial posts at the port and airport. He will be forcibly retired after 35 years. In his year at Water and Sewer, Mr. Johnson outlined the cost-cutting and saving approaches he has in store for the department.

“We need to look to reduce costs,” Mr. Johnson told the committee. “[We’ll be] working with the workforce, listening, making sure that we are doing the right things to be focused on growth and doing [right] for our community.”

One Response to A final year to flush out government waste