Advertisement
The Newspaper for the Future of Miami
Connect with us:
Front Page » Communities » Wells Fargo wrapping up NeighborhoodLIFT 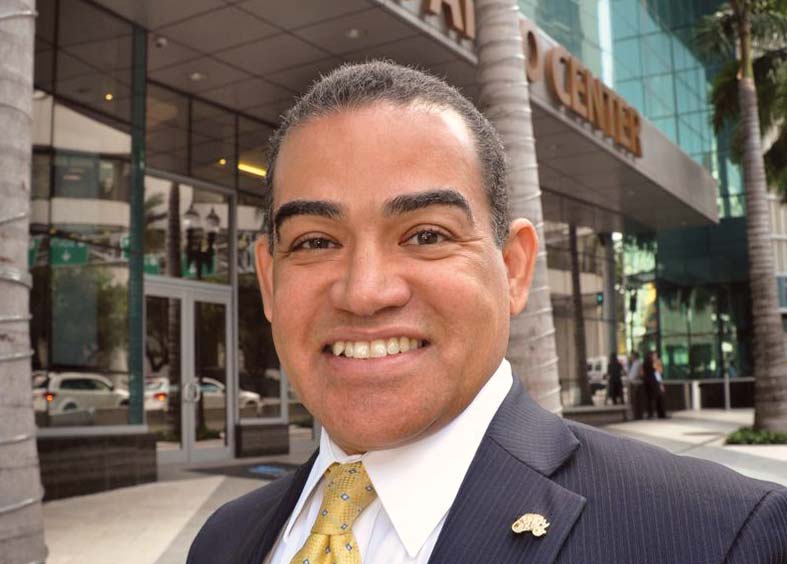 After almost two years, Wells Fargo is wrapping up its NeighborhoodLIFT in Florida. The program, which began in 2012 to help communities overcome a high inventory of unsold home and provide loans and grants to first-time homeowners, will have placed over 200 families in homes in Miami-Dade by the program’s end.

In addition to the $300 million the banking institution pledged in mortgage purchase loans, a $9 million investment in down payment assistance grants and homebuyer support programs went to organizations in Miami-Dade.

The program began on June 1, 2012, said Mr. Toca, who estimates that by the time funds have been distributed to each family or participant, 218 new homeowners will have been helped. Wells Fargo organized meetings and events to educate new homebuyers on the ins and outs of successfully purchasing and maintaining a home, and organizations like Neighborhood Housing Services worked with participants to assist with education and counseling during the process of obtaining a mortgage and financing a home.

Some $1.15 million in grants were given to nonprofit organization serving Greater Miami, with the majority going to the Neighborhood Housing Services ($500,000), Camillus House ($400,000), Chapman Partnership ($100,000) and United Way of Miami-Dade ($100,000). Additional grants went to St. John’s Community Development Corporation, Miami Coalition of the Homeless and the Urban League of Greater Miami, among others, Mr. Toca said.

While the down payment assistance grants vary depending on need, and at the outset a few smaller grants were made, most grants in Miami-Dade have been closer to the $30,000 maximum allowed per household, Mr. Toca said.

NeighborhoodLIFT followed a period of turmoil in Florida’s housing market with the intent to stabilize an unsteady market and give first-time homeowners confidence.

“The program was committed to overcome that challenge and to stabilize neighborhoods, because having a vacant home in a particular neighborhood doesn’t help anyone,” Mr. Toca said.

While Wells Fargo benefits from positive community development and outreach, program participants weren’t required to get a mortgage from the bank.

“The program allowed for the potential or prospective homebuyer to go out and obtain a mortgage with an institution of their choosing, with their own bank,” Mr. Toca said. “Some customers did purchase the home with Wells Fargo, but a lot of others did not. There was not a requirement to obtain a mortgage with Wells Fargo and [Neighborhood Housing Services] helped find which mortgage product was best for them,” he said.

Although the program is wrapping up in Florida, this year NeighborhoodLIFT was introduced in New Orleans and Dallas. The program has assisted 24 housing markets, Mr. Toca said, and the bank intends to raise that number to 25 soon.