Advertisement
The Newspaper for the Future of Miami
Connect with us:
Front Page » Transportation » Legislators, county collide over expressway tolls 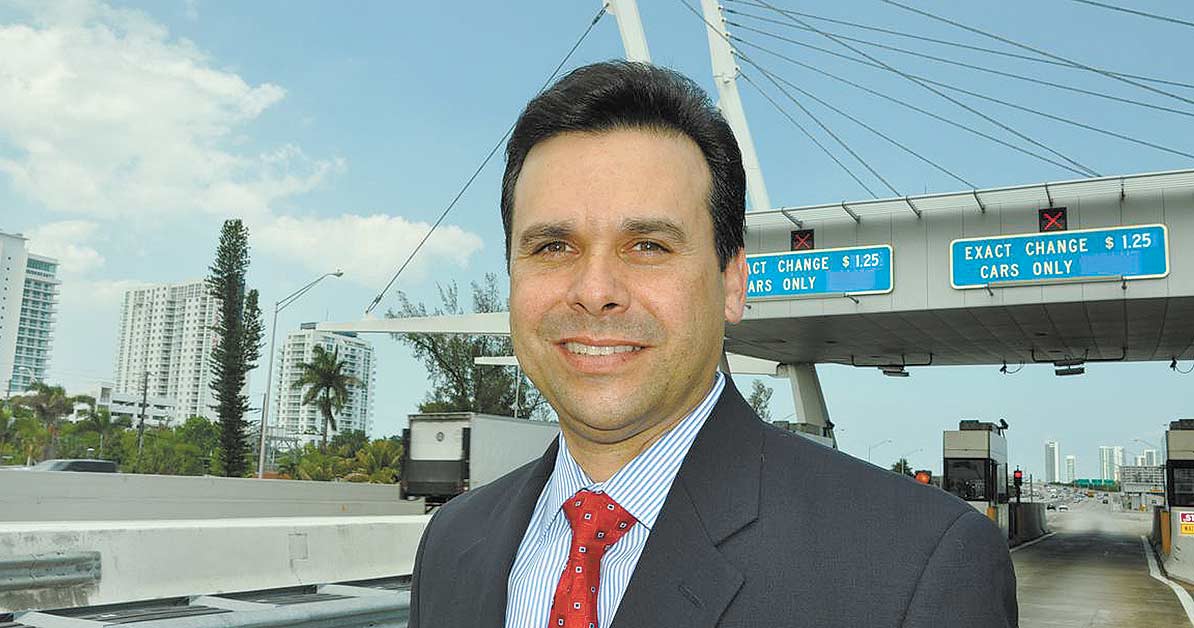 Two of Miami’s state legislators have filed bills for the upcoming session in Tallahassee to stop the Miami-Dade Expressway Authority from raising tolls – and a majority of county commissioners plan to fight them on it.

Senate bill 772 by Sen. Rene Garcia and House bill 353 by Rep. Jeanette Nunez, both Republicans, would rescind a new toll structure approved by the Expressway Authority; prohibit the authority from increasing tolls or establishing new tolls; prohibit partnerships with other government agencies; and shift the majority of the authority’s board appointments from the county to the state, among other measures, according to county officials.

Tuesday, commissioners voted 9-3 to approve a resolution by Dennis Moss to oppose the bills or similar legislation and to direct the county’s state lobbyists to advocate against the bills.

Mr. Moss – chairman of the county’s Transportation & Aviation Committee – said the bills, if approved, would result in a “dismantling” of the Expressway Authority.

“They play a very important role in the community,” he added.

Chairwoman Rebeca Sosa and commissioners Esteban Bovo Jr. and Juan Zapata voted against the resolution. Xavier Suarez was absent for the vote.

Expressway Authority Executive Director Javier Rodriguez urged the commissioners to support the resolution, noting that revenue collected by the authority goes back into the highway system. And contract work on the system often goes to small and local businesses, he said, with such firms receiving 37% of the authority’s service contracts in the past five years.

Mr. Rodriguez said the authority has started “electronic tolling” on three of its five highways, which has resulted in more motorists paying tolls when traveling short distances along those roads. Overall, he added, the authority’s tolls come to an average of 17 cents per mile – in line with other expressway authorities in Florida.

The bills, Mr. Rodriguez said, would damage the authority’s credit ratings, making it more difficult and expensive for it to raise money for projects through bond sales.

“We’ve put everything on hold,” he said about the authority’s plans.

Ms. Sosa suggested the authority’s board members should make their case to Miami-Dade’s legislative delegation, especially to Mr. Garcia and Ms. Nunez.

“I think you need to talk to both of them,” she added.

Mr. Moss said Miami-Dade has the only expressway authority among 10 in Florida that doesn’t receive state grants or state gasoline tax money.

“It depends exclusively on tolls,” he said.

“A lot of has to do with folks concerned with the tolls and toll rates that are implemented or plan to be implemented,” he said.

Commissioner Jose “Pepe” Diaz suggested the bills are the latest of ongoing attacks on the Expressway Authority, including attempts to rob the agency of its local powers and bring it under state control.

“We want to find a way for them to just stop,” Mr. Diaz said.

Commissioner Barbara Jordan suggested that commissioners and other local officials often find themselves at odds with Miami-Dade’s legislators.

“Maybe the commission needs a retreat” with the legislative delegation, she said, “because it always seems like it’s our own attacking our own.”

“There has been a disconnect between us and them,” Ms. Sosa added.

“People treat us like the enemy,” Commissioner Sally Heyman said, referring to Florida’s political circles. “The rest of the state can do it, but it shouldn’t be coming from in-house.”

State officials should butt out of the authority’s business, Mr. Moss added, “just like they don’t want the federal government to be always meddling in their affairs.”

Commissioner Juan Zapata, a former state representative, suggested that commissioners were being too hard on the local state delegation.

“I don’t think we do a good enough job to inform the delegation on the impact” of various initiatives “and how our budget works,” Mr. Zapata said.

“If we’re going to point the finger, we all have blame here,” he added. “And finger-pointing gets you nowhere in Tallahassee.”

“They also have to be responsive their constituents,” he added, “and some of them are upset at what’s happened.”