Advertisement
The Newspaper for the Future of Miami
Connect with us:
Front Page » Communities » Key gets set for Sony Open

Key gets set for Sony Open 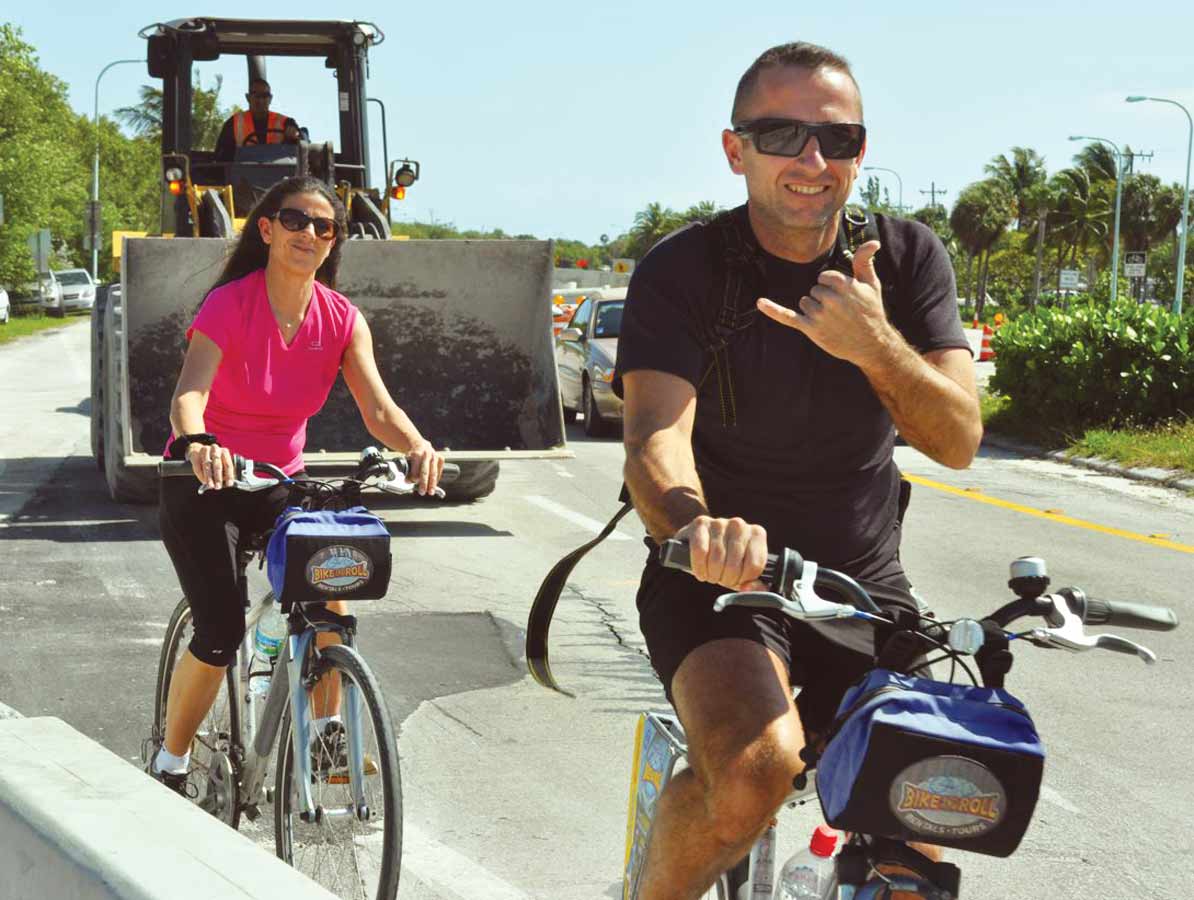 “Obviously, it’s an unusual condition and we’ve been living with it now for a year. By and large we’ve accommodated to the need to repair the bridge, actually bridges, plural,” said Frank Caplan, Key Biscayne’s mayor.

But just because the bridges won’t be ready doesn’t mean players, spectators and tournament staff won’t need to get to and from the tennis stadium at Crandon Park. As the village has done before, increased police and fire staff, tournament circulator buses and traffic flow information signs for outgoing and incoming traffic will try to handle the added cars and people.

The concern Key Biscayne is left with is bicyclist and pedestrian safety, said Mr. Caplan. “[There is] the concern that bicyclists using the shared lane have been exposed to risk with very little margin of error. And same for the cars… We’re in a very tight, tough spot.”

The county commission and the village appear to worry about the same thing. The commission Tuesday adopted a resolution by Jose “Pepe” Diaz that recommends closing the causeway’s incoming and outgoing right lanes from 6 a.m. to 10 a.m. weekends and directs the mayor’s office to explore safety options on the Rickenbacker, Crandon Boulevard, Brickell Avenue and South Bayshore Drive.

The Sony Open is one of the biggest surges in Key Biscayne traffic, although the island is used to increased traffic and visitors, Mr. Caplan said. Many events on the island and neighboring Virginia Key bring traffic, and really, every weekend sees thousands heading over the bridge and causeway to get to the county’s Crandon Park and Bill Baggs State Park. While the tennis tournament certainly increases traffic, Key Biscayne is used to it, Mayor Caplan said.

Ultimately, Key residents and administration understand that Bear Cut Bridge and the Rickenbacker Causeway need to go through construction and redevelopment, and they’ve been patient throughout, he said.

Also arriving with the tournament will be a new traffic flow that Mr. Caplan expects will better separate pedestrians and bicyclists from cars to better insulate non-automobiles from traffic.

Village residents are most affected when heading home or to work. With only one road to the mainland, backups occur when residents trying to get on or off the island match up with high traffic moments for the tournament, most often during breaks between matches.

And as anyone familiar with Miami traffic knows, getting somewhere is only half the battle. The real struggle comes trying to find parking. Occasionally during the tournament, merchants on Key Biscayne notice that parking lots are abused.

“Our merchants can have trouble with people parking and taking up spaces, but we’ve managed to deal with that,” Mayor Caplan said.

During the tournament, Key Biscayne will slightly ramp up presence of police and firefighters to ensure safety and ease problems.

Despite parking and traffic inconveniences, Key Biscayne welcomes the tournament, Mr. Caplan said. “We welcome the players who stay on Key Biscayne. We welcome them there and hope they’ll enjoy the community.”

Construction on the Bear Cut and West bridges leading to the Key is now estimated to be completed in June.