Advertisement
The Newspaper for the Future of Miami
Connect with us:
Front Page » Real Estate » Housing supply depleted 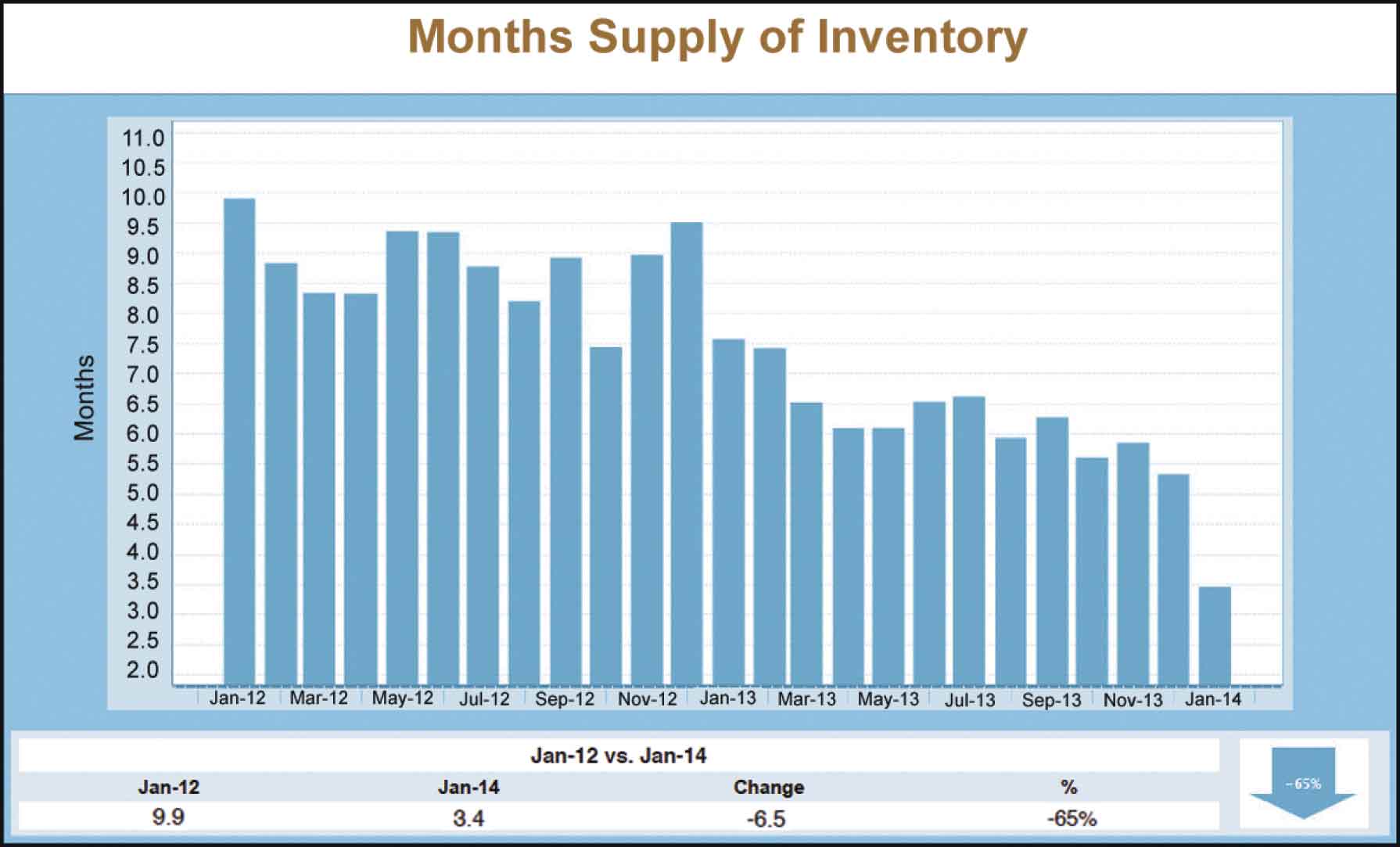 The roller coaster ride that homebuyers, sellers and brokers have been experiencing is finally leveling out, say those immersed in the residential real estate market in Miami-Dade County.

The market is stabilizing after years of ups and downs.

What’s left after the roller coaster ride is a depleted number of homes on the market, with a bump upward in the median price over the last two-year period.

“After a roller coaster real estate ride over the past decade, we are now moving to a normal market,” said Mike Pappas, president and CEO of The Keyes Company.

The number of single-family homes sold in Miami-Dade is up. A total of 872 homes were sold last month, compared with 744 in January 2012, reflecting a 17% increase.

“The easy lending at the beginning of the millennium peaked prices by 2005,” Mr. Pappas said. Then home prices fell 50% to 60%, hitting bottom in 2008, “where we bounced around the bottom for three years while we cleaned out the REOs [bank-owned real estate] and short sales, which were 70% of the market,” he said.

The average months supply of inventory is down 65%, according to numbers compiled for the entire county.

“We specialize in the Gables and sell an average of 50 homes a year. Our numbers were way up in 2002, 2003, 2004 and 2005 and then dropped a bit in 2008, which was a difficult year as financing was not readily available and appraisals were coming in way under contract prices,” Ms. Slesnick said.

“Every year since then, the inventory has continued to drop almost every month, with prices going up every month until the last 10 weeks,” she said.

“We are now into a more stable market, and we needed that,” she said. “The seller’s market last year was unsustainable, and so many buyers were unhappy as multiple offers came in on the fairly priced listings and they lost out.”

“The market is responding, as we saw more inventory brought to market in January than in years, [with] a 32% rise of non-distressed single-family homes compared to January 2013,” Mr. Pappas said.

“Really, right now I find the market to be stable, which is good,” said Charlette Seidel, Coral Gables branch manager of Coldwell Banker.

“There is a little bit of inventory on the rise… I’m so glad there’s more on the market. It helps us to find a good place for buyers,” she said.

“Even with this pickup, we are still low on inventory when compared to contracts written… a record low of 3.4-month supply for single-family homes,” said Mr. Pappas.

For the past few years, the days on market for single-family homes has been hovering around 90 to 110 days, depending on the time of the year, according to Mr. Pappas.

“As we are moving out of the seasonally lower period – due to the holidays and into the strong selling season – we should see this number improve,” said Mr. Pappas.

Over the course of the past two years, the average number of days a home was on the market ranged from a low of 75 days in July 2013 to 121 for homes on the market in December 2013.

Ms. Seidel said the length of time a home stays on the market before a sale can be impacted by sellers who have unrealistic expectations and ask for too much.

“If a seller is realistic when a house goes on the market in the beginning, and if it’s in a good market area, it will sell very quickly… in days or a week,” said Ms. Seidel. “But it needs to go on the market at fair market value.”

Due to the “price pop” and rise in interest rates last year, the market is digesting these factors and has settled down from the intensity of the first half of 2013, said Mr. Pappas.

“Interest rates on the lower side have helped us a lot getting first-time homebuyers into the market, and that’s always important,” said Ms. Seidel.

Ms. Tello said that figure is representative of the majority of homes being sold in the area.

One Response to Housing supply depleted