Advertisement
The Newspaper for the Future of Miami
Connect with us:
Front Page » Real Estate » Design District to have 3 underground garages

Design District to have 3 underground garages 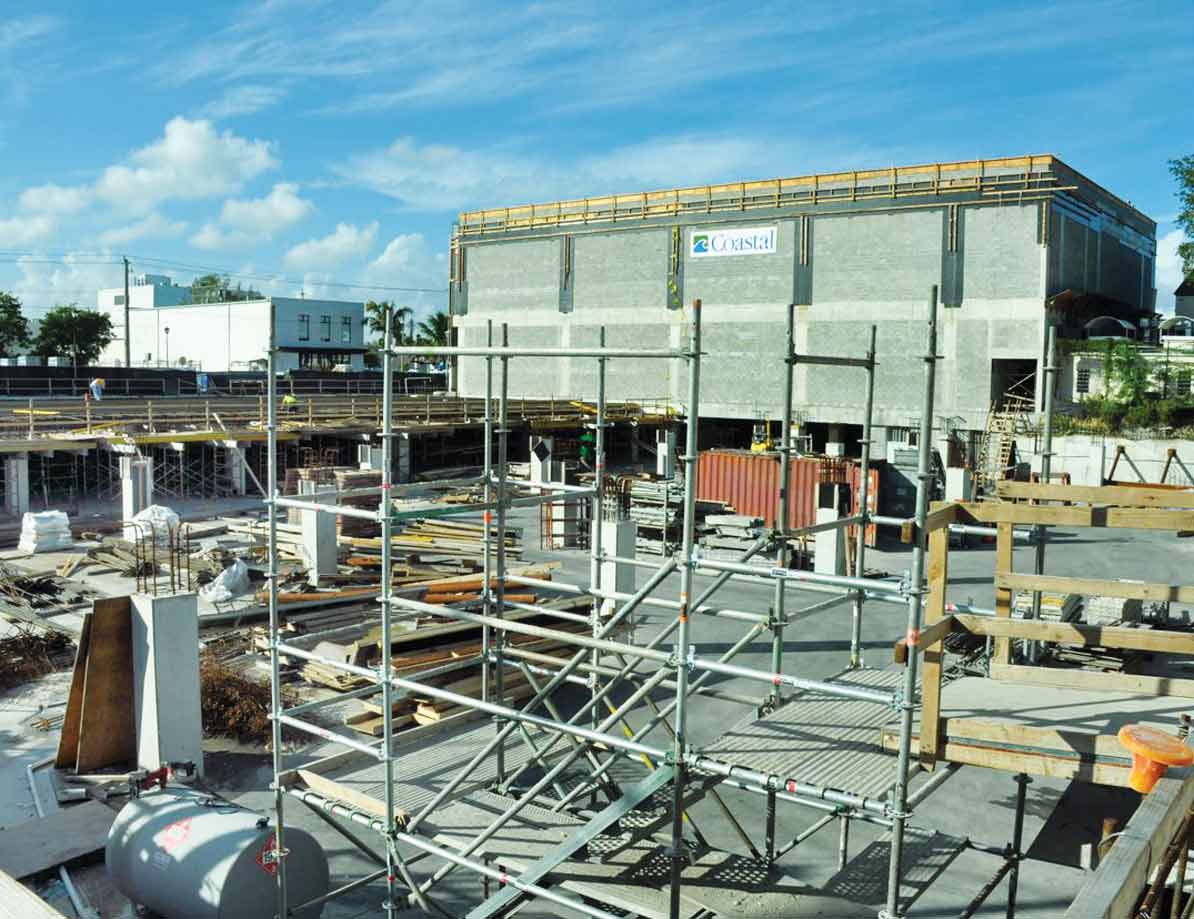 Parking in Miami is never a walk on the beach. But in high-traffic areas – or those that intend to draw a lot of visitors – like Miami’s burgeoning Design District, parking can be as important as the many stores, galleries and restaurants being built.

Right now, the Miami Parking Authority serves the Design District with four lots, 52, 53, 54 and 55, located around 36th Street on Northeast First Avenue, First Court and Second Avenue. But as the Design District completes planned retail projects in coming years, contractors will also be at work building out above- and below-ground parking structures.

Underground parking in Miami is a bit of a rarity because of low elevation and variable soil conditions. Building below sea level comes with its own set of construction hurdles, primarily groundwater flooding. But in terms of aesthetics – and for the “Design” District, street-level looks matter – above ground parking structures can detract from a skyline, even if they add a necessary utility.

The Design District, just as it’s conveniently positioned relative to I-95, 395 and North Miami Avenue, also is rather high compared to the rest of Miami, which allows for three separate underground parking garages.

“The Design District happens to sit at a rather high elevation of approximately 11 feet to 12 feet above sea level,” said Craig Robins, president and CEO of Dacra, the group developing the district.

The average elevation in Miami is six feet, according to the National Resources Defense Council. With 11 feet to 12 feet of clearance, the bottom of district’s currently excavated pit that will form the void for the underground garage stays at, or just above, sea level, minimizing the amount of ground water that might fill the pit during construction, Mr. Robins said.

While Dacra isn’t immune to the underground construction obstacles in Miami, the ability to work in a relatively dry area improves the waterproofing abilities of workers below and around the parking structures. Some dewatering still is needed, along with the execution of drainage and pumping system, but “a dry underground garage can be achieved,” Mr. Robins said.

In addition to aboveground parking, Dacra will add three underground garages. The first is expected to be operational later in 2014, with two others coming about a year later.

Underground parking doesn’t just create a convenient space to hide cars: it also serves as a foundation for the buildings above. Solid foundations of reinforced concrete on solid rock strata or concrete support the retail structures, and in the case of flooding, waterproofed garages work like “reverse swimming pools, keeping the groundwater out,” Mr. Robins said.

“In the case of the Design District,” he said, “because this neighborhood is historical with streets and existing buildings, while underground parking can augment the parking needs, it cannot serve the entire demand to make the neighborhood functional.”