Advertisement
The Newspaper for the Future of Miami
Connect with us:
Front Page » Communities » Alley closure opens way to 40 Bay Point area homes 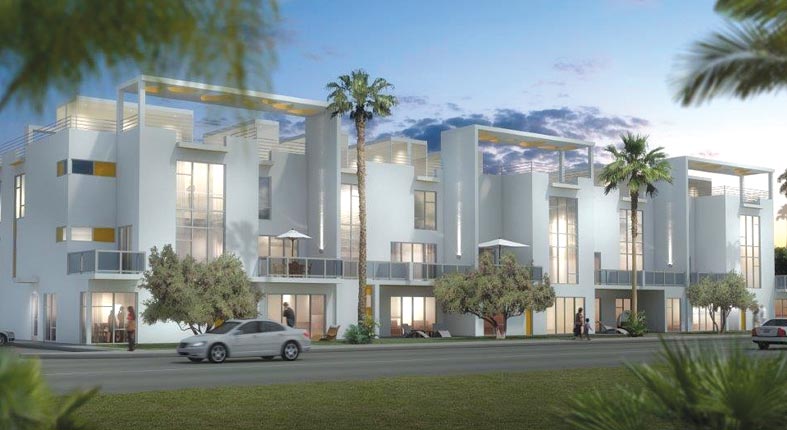 Miami has approved closure of an L-shaped alley east of Biscayne Boulevard between Northeast 39th Street and the Bay Point Subdivision, clearing the way for a development that’s expected to add nearly 40 single-family residences in an innovative design inside one large structure.

Attorney A. Vicky Garcia-Toledo, who represents G & L Real Estate, owner to the property off of the alley, and other individual property owners who abut the private alley, appeared before the city commission last week to lobby for restricting vehicle and pedestrian traffic from the alley.

She mentioned the alley has been “a source of trouble” over the years by attracting trespassers. Vehicles have been vandalized and homes have been broken into, she said. She showed commissioners fresh graffiti on a wall that separates the area from Bay Point.

One neighboring homeowner is believed to have stopped the assault of a youngster on a bike in the alley, she said.

The commission had approved closure of the alley in 2005, but legal moves to finalize closure didn’t happen and the commission’s approval expired after four years.

Commissioner Frank Carollo said he wanted to make certain that two-thirds of all property owners adjacent to the L-shaped alley approved of the closure.

“I am not a fan of alleys, public or private,” said Commissioner Francis Suarez. He said alleys too often draw social ills, criminal activity and illegal drug activity.

“As a city government… we don’t take care of our alleys very well,” Mr. Suarez said.

Mr. Suarez said he didn’t want to be “extreme,” but he said perhaps the best action would be to deed all alleys back to adjoining private property owners, and let the private sector take care of them.

Geoffrey Bash, a neighboring homeowner, told the commission he strongly supports closure of the alley, as do his neighbors. It is a very neglected area, he said of the alley, and “this is an effort to improve our neighborhood.”

The Bay Point homeowners’ association favors closure of the alley, along with the Magnolia Park homeowners association, said Ms. Garcia-Toledo.

The area of the alley will be used as the entrance to the planned residential development, she said. No traffic will go out of the Biscayne Boulevard end of the L-shaped alley, she added.

Only government can create or alter plats, and that’s why the decision to close the private alley for good had to come before the commission.

The vote to close the alley was unanimous. Commission Chairman Wifredo “Willy” Gort supported the move, saying the planned development is a “needed” project for that area.

The proposal will see construction of a three-story building made up of 38 single-family townhomes, said Ms. Garcia-Toledo.

It will be a gated community offering one-, two- and three-bedroom units, private green space and some common green space areas.

The working title of the development is One Bay Urban Townhome, but that’s not expected to be its final name, she said.

The developer is in the construction drawings phase, she said.

“I’m very excited about that project because it’s a product we have not actively seen in the City of Miami for a long time – the concept of a townhome,” Ms. Garcia-Toledo told Miami Today.

She said it is a new design, under the city’s Miami 21 zoning, and was approved last fall. Ms.  Garcia-Toledo is a partner at Bilzin Sumberg whose work focuses on land development, land use, zoning and government relations.

Ms. Garcia-Toledo said she’s hopeful others will use the “vertical” single-family townhome concept. “I hope it motivates other homeowners and other developers to use this townhouse product.”