Advertisement
The Newspaper for the Future of Miami
Connect with us:
Front Page » Business & Finance » Lackluster outlook for international trade 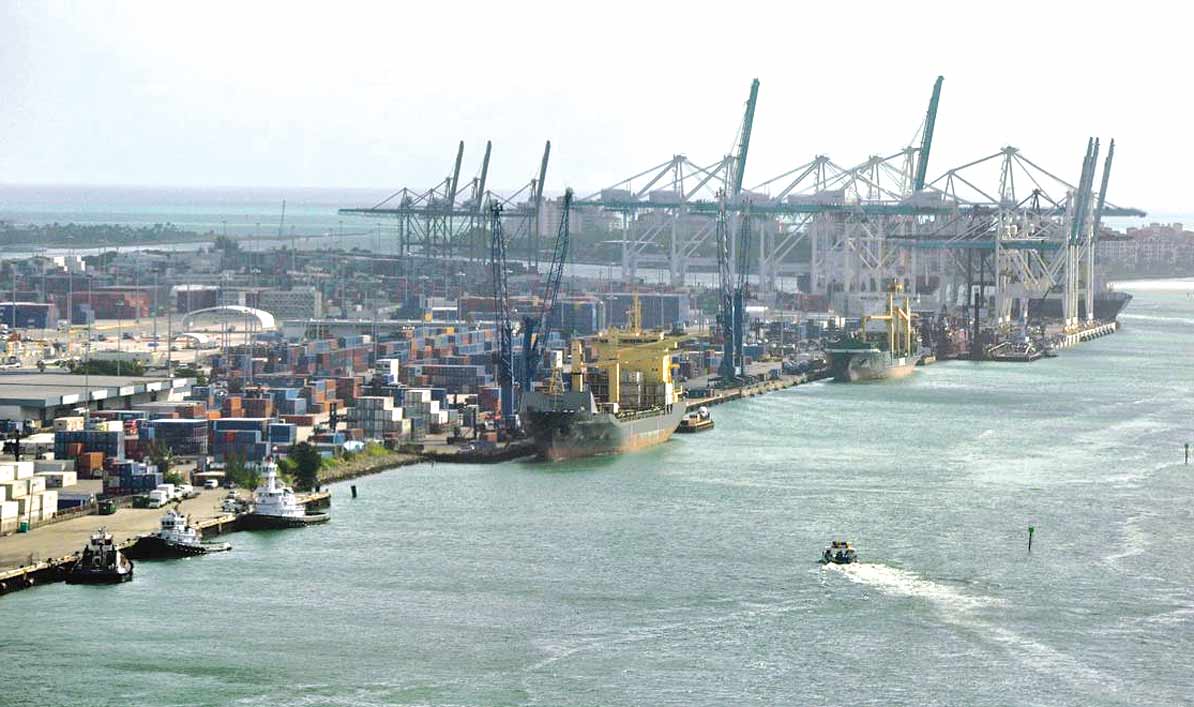 Through the first 11 months of 2013, trade declined with two of Miami’s top five trading partners, Colombia and Venezuela. And industry observers expect year-end figures to show that the dollar value of trade through the Miami customs district declined for all of last year.

As 2014 unfolds, observers expect international trade levels through the US are likely to be flat this year.

Despite the US now having more than a dozen free trade agreements with other countries and regions, they say, economies here and in many places overseas simply haven’t been generating enough momentum to produce significant gains in trade.

“Predictions [for US trade] are either down or flat,” said Joe Smith, former vice president of the Miami-based Florida Foreign Trade Association.

Others expect that Miami’s strength as an international cargo hub may carry it through 2014 with modest gains.

Close to home, Miami International Airport remains a powerhouse for international cargo shipping. According to a report released in August, Miami-Dade County’s airport ranked third in the US in freight shipments in 2012. Final numbers for last year have not been released.

Meanwhile, large-scale infrastructure improvements at PortMiami – including tunnel and dredging projects – are scheduled for completion this year and next that are supposed to help increase the county seaport’s cargo business.

At least for the near term, there doesn’t seem to be much enthusiasm for 2014. Observers describe it as more like a year for maintaining the status quo.

US trade with European Union nations, which have struggled with their own recessions in recent years, was essentially flat from January through November.

During that period, the US trade numbers with Latin American – a key region for Miami trade – were equally lackluster: US exports to Latin America were up 0.92% and imports from Latin America into the US were down 5.72%.

Elsewhere, US exports to the Caribbean – another stronghold for Miami trade – were up 6.77% while imports from the Caribbean into the US were down 18.6%.

Trade with all of the US’s free trade agreement partners was up only 1.88% for US exports and up a paltry 1.44% for US imports in the first 11 months of last year.

The results, Mr. Smith noted, have fallen far short of the Obama administration’s goals for boosting trade from 2010 through 2013.

However, Florida as a state still ranks high in the US for international trade. Florida ranked seventh in the nation in state-origin exports (goods that originated within Florida) with a total value of $55.72 billion from January through November. Also, Florida ranked ninth in final-destination imports (goods that arrived in Florida and stayed here) at $66.1 billion during that period.

At home in Miami, the total value of trade through the local customs district was down 2.84% from January through November compared with the same period in 2012, according to an analysis of Census Bureau data by WorldCity, a local media firm focused on international trade. The district’s exports dropped 6.71% and imports rose 2.72%, the firm said.

Observers have noted the steep drop in trade with Venezuela, which had ranked as Miami’s No. 2 trade partner about five years ago, can be partly attributed to more of its oil shipments to the US going to other seaports such as Houston. Others have attributed the drop to the failing economic policies of Venezuela’s leftist government.

Gold shipments moving through the Miami district fell 37% during the first 10 months of last year, attributed mainly to a drop in gold prices, resulting in Switzerland slipping from Miami’s third-largest trade partner in 2012 to No. 10 last year.

With the enlarged Panama Canal scheduled for completion in 2015, many seaports on the US East Coast, including Miami, are vying for an increase in cargo business expected from the larger ships that will use the canal. But some are worried there might not be enough new business to go around.

“One of my major concerns is that… we’ll end up with an oversupply of post-Panamax ready ports,” said panelist K.C. Conway, chief economist/USA for commercial real estate firm Colliers International.