Advertisement
The Newspaper for the Future of Miami
Connect with us:
Front Page » Communities » City, neighbors end decade of legal squabbles with a deal

City, neighbors end decade of legal squabbles with a deal 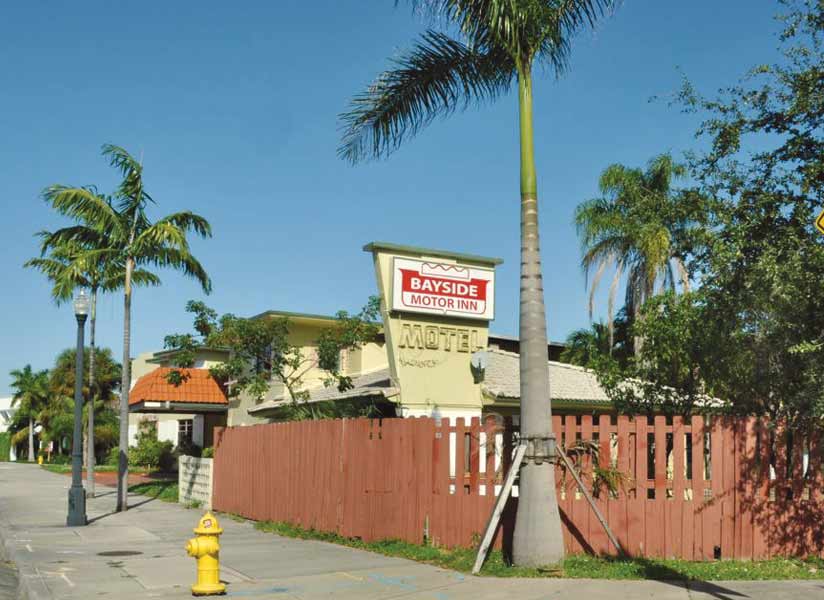 More than a decade of legal battles involving the interests of developers, neighboring homeowners and Miami city government have finally come to an end.

And aiding in the conclusion of the longtime litigation is the transfer of development rights, or TDRs.

It began with a high-rise planned for a historic stretch of Biscayne Boulevard, shouts of ‘too much’ from neighbors, and the city acting to knock the project down to size.

In the end, all sides appeared to come away from the skirmishes with a feeling of satisfaction.

“It’s a win-win,” said Lucia Dougherty, an attorney representing developer Avra Jain, who entered the fray last year when she bought the old Bayside Motor Inn at 5101 and 5125 Biscayne Blvd.

It’s just one of several old motels in that area that Ms. Jain and her group have purchased, with an overall plan to breathe new life into the old motels and offer a more affordable alternative for vacationers wishing to taste all that Miami has to offer.

As part of the legal settlement, Ms. Jain agrees not to exceed 35 feet in the remodeling of Bayside, and in exchange she’ll be able to sell her TDRs – that is, she can sell increase density to other developers wishing to build another floor or two on high-rise projects of their own.

“Without your TDRs this would not have been possible,” Ms. Dougherty told commissioners.

Mr. Sarnoff championed the value of transfer of development rights, saying it was a campaign promise of his to fight for a 35-foot height limit in that neighborhood.

The height limit proved to be controversial, he said, but being a New Yorker he said he knew that TDRs are “a great resource” and a land use tool that can be employed “to restore a city.”

It began back in 2004 when another developer proposed a multi-story residential project for the site on Biscayne Boulevard, near the Morningside neighborhood, an established area of single-family homes stretching to Biscayne Bay.

The settlement details the history of the project and the legal battles.

In July 2004, the city’s Planning and Zoning Department issued a permit to the original Bayside developer allowing for new construction of a mixed-use building to include 63 residential units, 87.4 feet tall, eight stories, 89 parking spaces and 87,275 square feet of residential floor area.

Morningside appealed the issuance of the permit to the city’s Zoning and Appeals Board that October and the zoning board denied Morningside’s appeal.

The matter ended up in court.

By February 2008 the project was back before the commission, which then granted a Class II permit to the developer subject to a further height reduction for the project of 35 feet.

The matter has been back and forth between the city and courts since.

Ms. Jain was at the commission meeting Jan. 9 but didn’t speak. She was, however, spoken of and praised, by Mr. Sarnoff and by Morningside resident Elvis Cruz.

Mr. Cruz said Morningside residents were not sure what to think of another developer taking over the Bayside site when Ms. Jain entered the picture last year. However, “she turned out to be a princess… and there she is,” said Mr. Cruz, gesturing toward Ms. Jain in the audience.

Mr. Sarnoff said he likes the idea of reviving the old motels to their glory and offering more affordable rooms.

A $400 room is nice for those who can afford it, but having an option of a $75 room would be good for the city, he said.

“Miami should be accessible to everyone… $75 a night allows for a better mix of tourists,” Mr. Sarnoff said.

The improvements will mean new life to the boulevard, he added.

Mr. Cruz also applauded the attorneys who hammered out the settlement and said he wanted to extend “a huge thank you” to Mr. Sarnoff for fighting for the 35-foot height limit.

Commissioner Francis Suarez praised the work of Ms. Dougherty and Ms. Jain and wished for a similar “savoir” to step in and improve other areas of the city in need of a touch-up.

“I commend you all,” Mr. Suarez said.

Commission Chairman Wifredo “Willy” Gort said resolution of this matter illustrates the value of cooperation: “It just goes to show, people have to work as a group.”