Advertisement
The Newspaper for the Future of Miami
Connect with us:
Front Page » Profile » Profile: Frank Carollo 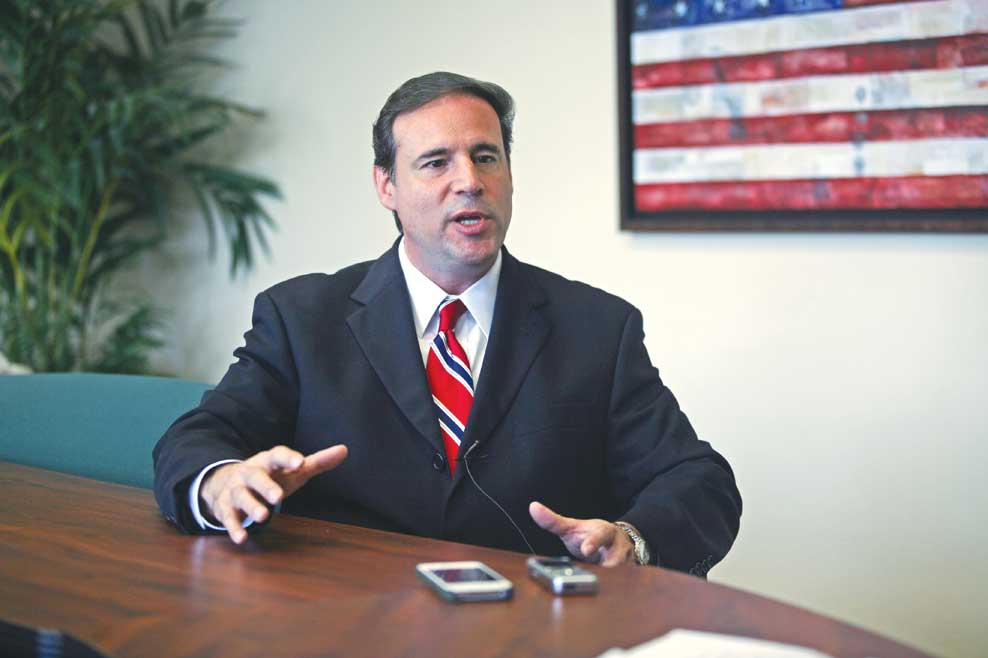 Frank Carollo is a born-and-raised Miami commissioner, and he has the alumnus status of Miami-area universities to prove it. For his current role as District 3 commissioner, Mr. Carollo draws on his experience as a CPA, fraud investigator, SWAT team member and Miami-Dade policeman.

At his office at City Hall on Biscayne Bay, the view is spectacular. Compared with his “day-job” office space as a CPA, his 2½ year-old daughter Briana prefers the digs on the bay.

We can see why: whether it’s the signed and encased Heat memorabilia, one of Shaq’s gigantic shoes, Briana’s assortment of toys, or the poster of his stint for the 1995 Miami-Dade Police Department calendar (sunset and tight black shirt included), Mr. Carollo’s diverse interests clearly influence his role as public servant.