Advertisement
The Newspaper for the Future of Miami
Connect with us:
Front Page » Government » County lays plan for Africa air routes, trade 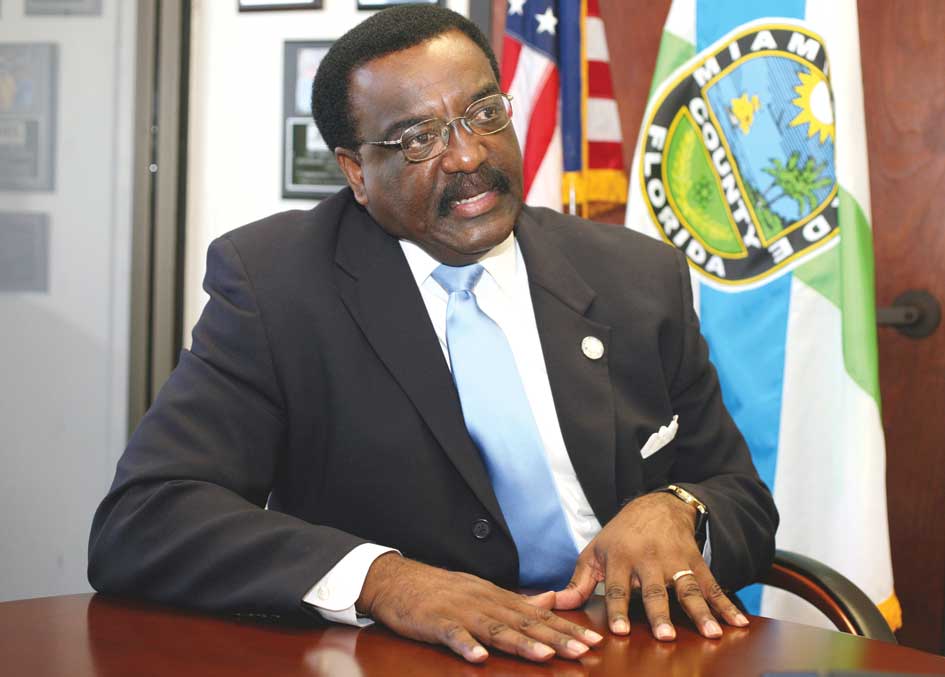 Miami-Dade is working to launch air and trade links to Africa in the same way it nurtured relationships with Latin America.

Commissioner Dennis Moss asked county staff for a study to examine the possibility of a gateway between Miami-Dade and countries in western and southern Africa.

“We in the US have been hesitant to make that move, but Africa has tremendous potential,” he said. “Right now the Chinese are everywhere in Africa, and it’s because they realize the opportunities.”

The goal is to make Miami-Dade a center for business and travel between the US and Africa by creating airline routes and strengthening relationships between PortMiami and African seaports.

The county could help streamline importation of cut flowers from Africa, for instance, eliminating the need for these goods to transit in Europe before reaching the US, Mr. Moss said.

“It seems to me there’s an opportunity there,” he said. “The way I look at it is, years ago when we were working on our relationship with South American countries, some people were basically scratching their heads and wondering, ‘Why are you wasting your time?’… Today that paid off for us. It wasn’t easy; it wasn’t fast. But we continued to nurture those relationships. And we benefit from it. We benefit, and the counties in South America also benefit.”

Michael Stuart Hacker, honorary consul general of the Republic of Senegal in Miami, said the African country has been working for decades to broaden its business ties with countries outside Europe.

“In 1982 the president of Senegal and the government saw a great potential in trade and tourism links between Senegal and Florida,” he said.

Miami already has a “sister port” relationship with the Port of Dakar.

“For trade purposes that’s great, but there aren’t any cruise ships that do the route,” Mr. Hacker said.

And there aren’t airline connections, either. The closest option is via Atlanta to Dakar, or with connections in Madrid, Paris or London, making travel inconvenient, he said.

“So Dennis [Moss] is right. We need an airline desperately. Right now tourists don’t want to go there because there’s no way to get there,” Mr. Hacker said. “Whatever hopes we have of forming significant trade and tourist links are not going to come to fruition until there is an air route.”

A plan to create one might soon be in the works.

Aviation officials are looking to hire a consultant to help penetrate major world markets that have no direct flights to Miami-Dade.

The Aviation Department is working on a proposal, scheduled for completion in the first quarter of 2014, to hire a consultant who would develop these links.

The department would then start looking to establish service to Africa soon afterward, Tony Quintero, an associate aviation director, said during the Dec. 3 county commission meeting.

“That will be one of our first tasks,” he said in response to questions from Mr. Moss.

Since 2002, the Aviation Department has worked on air service development strategies to create new or expanded air service in Europe, Africa, the Gulf region and Asia, marketing division director Chris Mangos said in a statement.

Since then it’s had contracts with consultants to develop and offer route feasibility studies to prospective airlines and government agencies.

“We have had considerable success in doubling our European presence in the last six to seven years, with 14 destination airports now on that continent,” Mr. Mangos said.

He said he foresees East and West African routes, as well one from South Africa.

“Passenger flights are specifically being targeted, but we are already looking at freighter possibilities where one or two points in Africa would serve as consolidation and connecting points for a freighter flight to/from Miami,” Mr. Mangos said. “All are long-term projects, sometimes years in the making, and involve long to ultra-long haul destinations, which are routes necessitating considerable traffic flow and financial analyses to secure an airline to invest in such services.”