Advertisement
The Newspaper for the Future of Miami
Connect with us:
Front Page » Real Estate » One in 5 home sales $1 million & up 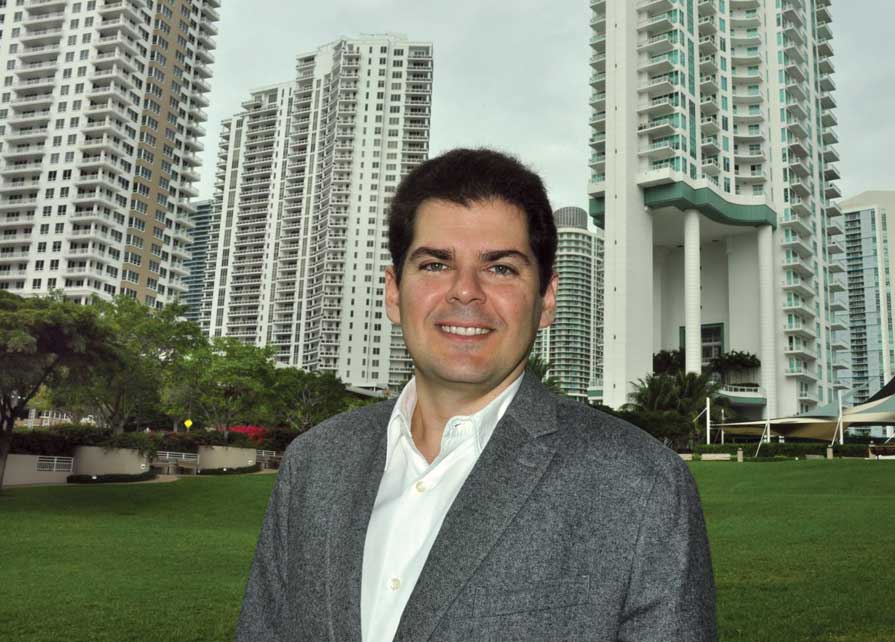 Million-dollar homes are selling faster than ever.

So fast, in fact, that 156 sell per month, on average, in Miami-Dade and one in every five sales of single-family houses is for a property costing at least $1 million.

As for million-dollar-plus condominiums, they account for one in every eight sales countywide.

At Esslinger-Wooten-Maxwell Realtors, a million-dollar home sold every 17 hours in the past year, with brokers moving more than 500 such properties between November 2012 and November 2013.

“And we don’t have December’s numbers yet,” said Valaree Byrne, an EWM broker and member of the Commercial Industrial Association of South Florida.

Countywide each month, brokers trade 71 single-family houses and 85 condos in the million-dollar range.

And these units are changing hands faster, spending about 30 days less on the market in the last quarter of 2013 than they did around the same time in 2012, according to data from Avatar Real Estate Services.

“This means there are so many people out there looking for luxury properties that there’s a huge uptick in the luxury market,” said Ms. Byrne.

So what can $1 million buy in Miami-Dade’s real estate market? Here’s a snapshot:

-“Old Miami”: “There’s a well-kept secret in this town about some condos that are so reasonably priced that a million dollars buys you a really deluxe unit,” Mr. Feland said.

Take Palm Bay Towers and Palm Bay Condominiums, at 720 and 770 NE 69th St., in the historic Bayside district, in Northeast Miami between Morningside and Belle Meade. The towers are the only ones in Miami-Dade built in Biscayne Bay.

Two of the plush $1.1 million listings offer about 3,000 square feet each with three bedrooms, 3.5 bathrooms and double exposures looking east toward Miami Beach and south toward downtown’s high-rises.

“You just don’t find amenities like these. It’s a paradise,” Mr. Feland said. “There are an awful lot of buildings on the market that have very high-end finishes and very high-end prices, but the square footage is much smaller. When a building owner goes through the trouble of putting in the best of the best, then you get the best of both worlds – location and finishes.”

The landmark condo development boasts a list of current and former residents that reads like a who’s-who of Miami and international business circles, including Wolfsonian Museum founder Mitchell “Micky” Wolfson Jr. and industrialist Roy Carver.

“There’s a tremendous amount of old Miami history there,” Mr. Feland said. “A lot of Hollywood types used to come here and stay there. It was party central for yacht owners and the horse racing set.”

–Brickell Key: At the 40-floor Carbonell tower, a 1,500-square-foot condo commands an asking price of $920,000. For just under $1 million, buyers get a two-bedroom, two-bath unit with two parking spaces, storage, marble or wood floors, a state-of-the-art kitchen  with Sub-Zero refrigerator and high-end appliances by Miele, a 114-year-old German manufacturer of luxury household and commercial products.

They also get an address on Brickell Key, an island east of Brickell in Biscayne Bay.

“That represents more or less what you can get for $1 million,” said Jose Roman Sosa, a former top producer at Swire Realty and now head of JR Sosa Properties. “With a million, a million two, you can buy two bedrooms in Asia [condos], but it’s a smaller space.”

“That’s what you find in today’s buildings,” Mr. Sosa said. “It’s all about the services and amenities.”

And in properties where elevation determines whether buyers get water views, several thousand dollars separate those with that perk from those without.

–Miami Shores: In the kind of neighborhood realtors describe as “park-like” and a “tranquil oasis,” slightly more than $1 million buys a four-bedroom, three-bath house with a pool and 20,000-square-foot triple lot.

“Everybody is always talking about Miami Beach, but Miami Shores is like Miami’s Mayberry – kind of idyllic,” said Nancy Batchelor, a broker at EWM Realty International.

For about $1.1 million, buyers can get a nearly 3,400-square-foot home in the neighborhood where children’s strollers and dog walkers line the ample sidewalks. With a private country club and private schools, the neighborhood attracts buyers looking for security and exclusivity.

“In Miami Beach it’s hard to find listings for $1 million,” she said. “If you need four bedrooms it’s definitely hard. As the market went up, a lot of people who had their heart set on Miami Beach are now looking in different areas – Morningside, Miami Shores – because they can buy more for the money. They’re discovering some of the communities that you know about, if you’re a local.”

–High Pines: In the picturesque and tiny community between South Miami and Ponce Davis, $1 million can buy an older but charming home. Renovated houses in that community fetch more than $1 million, but a recent listing – a four-bedroom at 7655 SW 52nd Court built in the 1960s – sold for $875,000.

“You could have moved in and lived there if you wanted to, but most people would have renovated it,” Ms. Schrager said. “The buyers fixed it up, and when they were done they were probably in for about $1.1 million.”

But regardless of listing details, brokers say the best million-dollar buys all have a few things in common, including finer finishings and the right zip codes.

“They say the most important things in real estate are location, location and location,” Ms. Schrager said. “No one’s been able to disprove that.”