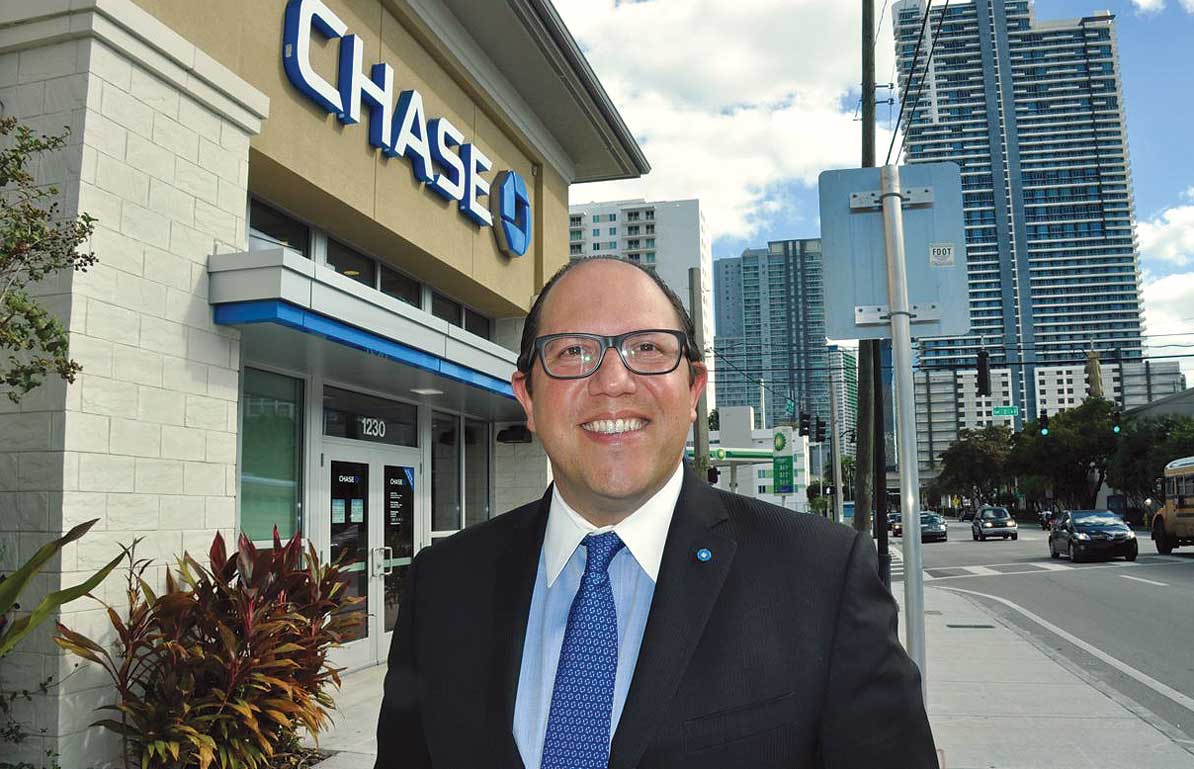 JPMorgan Chase is strengthening its brick-and-mortar presence and ATM network, going against convention as most banks shift their focus to online services.

It added eight branches in 2013, including three in December, for a total of 79 in Miami-Dade.

And thanks to a partnership with Walgreens, its ATM network is more than 100 strong.

Two are currently in the works, with construction sites on Biscayne Boulevard and 18th Street, and Miller Street and 93rd Court. The plan is to add eight to 12 employees at each location.

The bank also has its eye on Midtown and the Biscayne corridor, just north of downtown, Mr. Ruiz said.

“It’s a matter of high-tech versus high-touch,” said Ken Thomas, a bank consultant and economist who heads K.H. Thomas Associates. “People are using smart phones and the Internet for their transactions. But when it comes to opening their accounts, it’s a question of what’s most convenient. What’s most convenient when you’re driving up and down Biscayne Boulevard? It’s Bank of America, Wells Fargo and, increasingly, JPMorgan.”

Industry sources have speculated about the future of bank branches since the 1970s, when debit cards and other electronic funds transfers began to change the way customers handled money.

“People said branches were going to become useless; we were going to have a so-called branchless or checkless society,” said Mr. Thomas, who’s written on the subject for major financial publications. “I said at the turn of the century branches would still be the dominant delivery system. JPMorgan Chase is a smart bank. People want branches. They work hard for their money, and they want and deserve personal attention.”

But in addition to offering convenience for customers looking to open accounts or apply for loans and mortgages, banks are increasingly using retail centers to grow other business lines.

JPMorgan Chase saw a 17.5% spike in 2013 in South Florida deposits as its consumer clients reached nearly 750,000. But it also emerged as the top lender for small businesses in the state, extending $641 million in small business loans and growing its client base to 52,000 companies.

“We want to develop our ‘advice’ business, whether its consumer advice or business advice,” Mr. Ruiz said. “We’re looking more and more for our branches to become advice centers, as opposed to transactions centers.”

At its 1450 Brickell Ave. offices, for example, it’s expanded its wealth management and private banking operations.

“Banks that bet against branches are making a mistake,” Mr. Thomas said. “The smartest banks are the ones that do both – online and branch networks.”

For JPMorgan, the solution lies in using best-in-class technology to drive online business while its brick-and-mortar operations boost local clientele.

“We know the way folks do their banking is changing, so when we’re adding branches, we’re making sure we have technology in place,” Mr. Ruiz said. “It’s really driven by the customer. We want to become the most convenient bank. The growth of the branch network has helped convenience.”

Last month it opened a center in Key Biscayne and two in Miami Beach.

Chase, the US consumer and commercial banking business of publicly traded JPMorgan Chase & Co., has 50 million customers and is one of the largest US providers of banking, lending, treasury, wealth management and investment services.

Its local branches are adding jobs across multiple business lines, with hires ranging from entry-level tellers to business and mortgage bankers.

The goal, Mr. Ruiz said, is to be able to “serve any customer who walks through the door.”