Advertisement
The Newspaper for the Future of Miami
Connect with us:
Front Page » Business & Finance » Gambling in Florida shrinks a bit

Gambling in Florida shrinks a bit 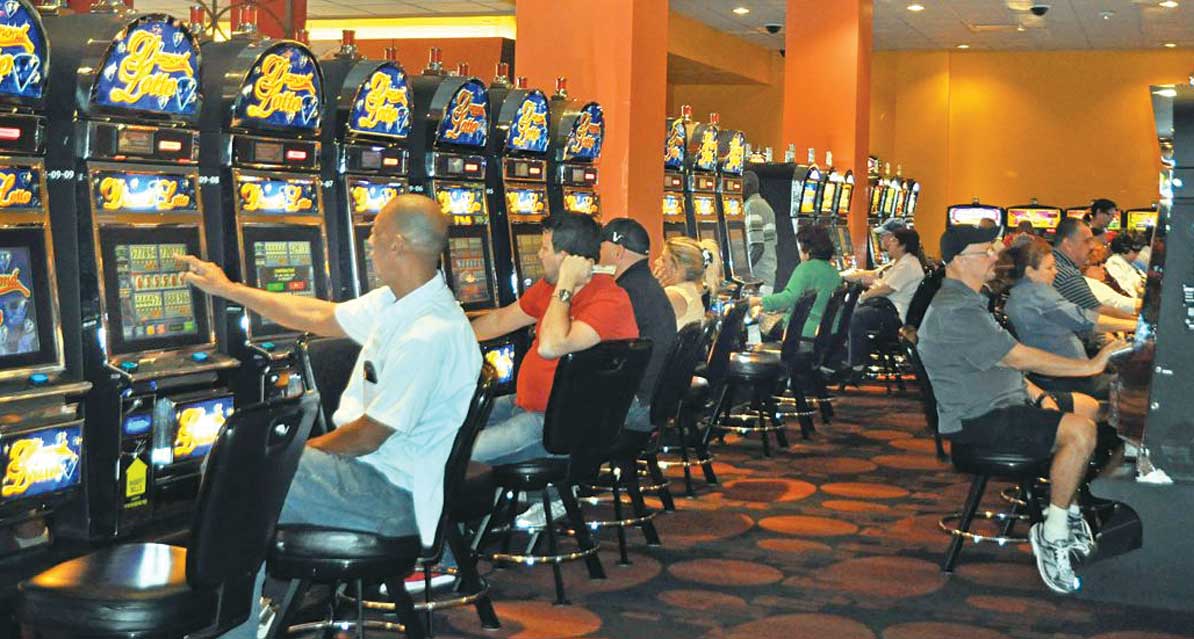 For the first time in years, there probably is less gambling in Florida today than there was a year ago, said John Sowinski, president of the Orlando-based anti-gambling group No Casinos.

This year saw the Florida Legislature and Gov. Rick Scott approve a ban on so-called “Internet cafes” that housed gambling devices in storefronts and arcades around the state. Aside from the gamblers who lost money at the cafes and the operators who lost money when they closed, the issue also claimed a high-profile victim: Lt. Gov. Jennifer Carroll.

Ms. Carroll resigned in March after law enforcement questioned her connections to Allied Veterans of the World, a Florida nonprofit that operated a chain of Internet cafes as a pseudo-charity. She owned a public relations firm that represented Allied Veterans; did work for the group while she was a member of the Legislature; and filmed an advertisement for the group while she was lieutenant governor.

Ms. Sowinski said Ms. Carroll was the last in a series of Florida public officials undone by their connections to gaming interests through the years: One of the first that comes to mind is former Florida House Speaker Bo Johnson, who was sentenced to a two-year prison term in 1999 for tax evasion on monies he accepted, including $250,000 from Bally Casino Holdings.

Mr. Johnson, a South Florida Democrat, publicly opposed casinos, yet took money from Bally and helped work on a petition drive to legalize casinos in 1994.

Like his counterparts in the gaming industry, Mr. Sowinski is no stranger to politics. He is a longtime public relations consultant who lost his bid in 1990 for the Republican nomination for a House seat representing the Orlando area.

In recent years, the major gambling issue to emerge in Florida was the push to permit so-called “destination resorts” – essentially full scale Las Vegas-style casinos – with Miami at the center of the debate and Malaysian-based conglomerate and casino operator Genting leading the charge.

The company caused a stir when it bought the landmark Miami Herald building and nearby properties on Biscayne Bay in downtown Miami with a plan to build one of the world’s largest casinos, dubbed Resorts World Miami. But Genting’s campaign failed in the Legislature last year.

Still, the Herald moved out of the building this year and moved into a new headquarters in Doral – a building that once housed the US military’s Southern Command. Genting did not return phone calls this week inquiring about the status of its bayfront properties.

Mr. Sowinksi said Genting has kept a low profile in Florida this year, but he expects the company and other casino companies to try to revive the issue next year or thereafter. Legislative leaders, meanwhile, this year called for a legislative hiatus on the issue while they studied the pros and cons.

About the casino operators, Mr. Sowinski said: “They’ll be back pushing for Las Vegas-style casinos and will be arguing for it, and we’ll be there again arguing not to have them.”

If Genting could not have Miami – at least not yet – it could have the Bahamas on a smaller scale. This year the company opened a so-called “boutique casino” there called Resorts World Bimini with an accompanying shuttle service called the Bimini Superfast operating from PortMiami.

Mr. Sowinski expects next year to be pivotal in deciding the future of Florida’s Indian-operated casinos, which include the Seminole Hard Rock Hotel & Casino in Hollywood. The state’s pact with the Seminole tribe is due to expire in 2015 and the Legislature is faced with deciding whether to continue the agreement, which allows the tribe to run table games such as blackjack at its casinos. And what becomes of the issue could impact other non-Indian casino proposals in the future.

On another front, the state’s pari mutuels – concentrated in South Florida – are expected to bring their annual wish list to the Legislature next year. Such efforts have focused on expanding their existing gambling rights, such as allowing more slot machines and poker rooms.

The Legislature, meanwhile, paid $400,000 to New Jersey-based Spectrum Gaming Group to study the impacts of expanding gambling in Florida. Released this fall, the study found that expanded gaming would do little for the state’s economy.

Mr. Sowinski said Spectrum might not have been the best choice to do the study because the firm has done consulting work for Atlantic City casinos. But he was heartened by the conclusion of little economic impact because it was not in accord with the industry’s mantra that casinos create jobs, bring tourists, and can have other economic benefits.

He said what exactly will surface in the Legislature next year on gaming is anybody’s guess at this point.

“We expect the industry will advocate bills that sound like they’re not an expansion of gambling, but really are,” he said.

Another concern of his group is closing existing loopholes in state law that the industry could use to its advantage.

“There’s a lot of loopholes that are opened up to creative lawyering,” he added. “Existing laws could use tightening up quite a bit.”