Advertisement
The Newspaper for the Future of Miami
Connect with us:
Front Page » Real Estate » Construction costs rise 15% in six months 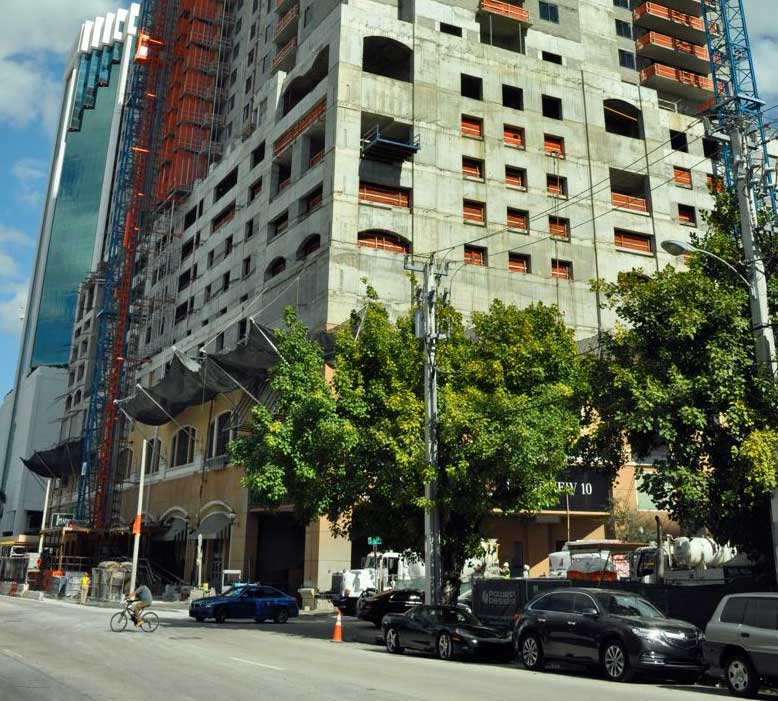 One of the biggest challenges facing the real estate industry in 2014 will involve managing construction costs.

Construction expenses have increased almost 15% in the past six months alone, with labor and materials become increasingly expensive as the industry rebounds, said Philip J. Spiegelman, who with International Sales Group partner, Craig Studnicky, has generated more than $8 billion in sales for leading real estate developers.

If the trend continues, the largest and best-leveraged developers are likely to be the ones succeeding in the new year, Mr. Spiegelman said.

“We talk about this almost every day,” he said. “Those entering will be challenged to manage costs, and know how to manage sales pricing.”

Developers tend to predict a sales price three years into the future – well before they begin construction. But with costs rapidly changing, they’ll have a tough time accurately estimating expenses.

“That’s risky business for all but the most sophisticated and experienced,” Mr. Spiegelman said. “If you’re selling today and haven’t bought the job yet, the question is whether or not your profit margin begins to erode to the point where it becomes a problem.”

For those without the foresight to adjust their pricing formula or seek strategic land deals to help lower costs, 2014 could bring unexpected losses.

“I’m sitting down with developers and they’re telling me that they’ll build their new buildings for $200 per square foot,” said Jeff Morr, a 29-year real estate veteran whose Majestic Properties has helped develop neighborhoods in North Beach, North Bay Village and Miami’s Biscayne corridor. “But to build a new building realistically is going to cost $250 to $300 per square foot. Sure, you can build for $200, but it will be a rental quality building.”

But despite cost increases, 2014 looks promising for buyers, especially those who consider older housing.

“The majority of the preconstruction market has sold to foreign buyers. But there’s opportunity in existing inventory, which is priced significantly lower than new units,” Mr. Morr said. “There are still bargains to be had if someone is willing to lead the pack, rather than follow. A wise buyer will invest in the existing market as well as in new construction product. Those who go to realtors in Miami and ask to see both new and existing products will find that there is tremendous value in existing products. The buildings might not be quite as new, but they have value.”