Advertisement
The Newspaper for the Future of Miami
Connect with us:
Front Page » Communities » Biosolid sludge becomes economic bonanza 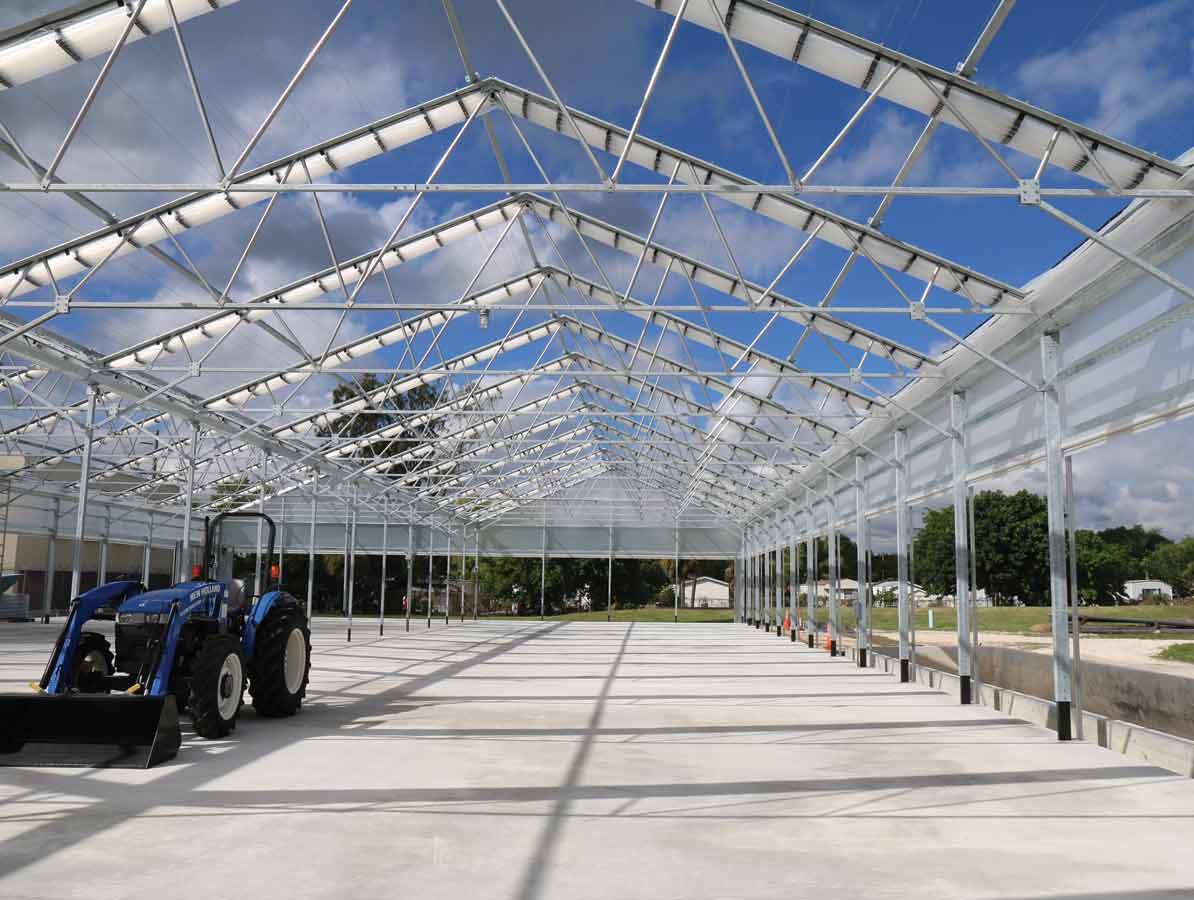 A City of Homestead combined greenhouse and warehouse opened this week to transform 100% of the city’s biosolid sewer waste into super-strength organic fertilizer, saving the city $200,000 every year.

While the break in spending is good news, residents will probably be a bit happier about another piece of information – the process is much less stinky than it sounds.

“The material has very little odor and when it dries has very little odor,” said William Townshend, the facility designer and South Dade Soil and Water Conservation District project manager. “While it’s drying, we have the capability to clean the air by way of a biofilter.”

The process of turning biosolid sludge into fertilizer is relatively simple, but the scale on which Homestead is planning to execute this sort of recycling is what’s revolutionary. The city produces about 10 cubic yards of biosolid waste a day, and the facility is set up to handle that amount plus a little extra, Mr. Townshend said.

Converting biosolid waste to fertilizer is a relatively simple, all-natural process. Biosolid sludge is distributed over concrete drying beds in the greenhouse at 83% hydration, and is dried over the course of four to five days down to 35% hydration, Mr. Townshend said.

That material is then scooped up and put into a composter, where natural bacteria in the waste – specifically, thermophilic aerobic bacteria – heats the material to 160 degrees Fahrenheit, making it safe for use. After four days in the composter, the fertilizer is ready to be distributed to golf courses, farms and home gardens.

Homestead Organix is a Class AA compost material that’s about 80% cheaper than most commercial varieties of fertilizer. Because it’s very nutrient rich, much less of the material needs to be used than traditional fertilizer, Mr. Townshend says.

“The material we’re making for the City of Homestead is made by evaporating the water and leaving the nutrients behind,” says Mr. Townshend. This fertilizer is guaranteed a
5-4-0 – referring to the nitrogen, phosphorus and potassium found in the material. Typical food waste compost has a much lower concentration of those elements, about 1-1-1, Mr. Townsend said.

After about 2½ years, the facility, which had its ribbon-cutting Tuesday, will begin to pay for itself, said Julio Brea, Homestead’s director of public works and engineering.

“The funding for this is coming from what we’re going to save. We didn’t have to use any outside money or dig into our budget,” Mr. Brea said. The $200,000 in annual savings that the Homestead Organix recycling project will save comes from cutting the trucking and tipping fees associated with shipping biosolid waste to a landfill.

In addition to saving green, the City of Homestead is embarking on a green initiative.

“The district is always looking for ways of conservation to either reduce or reuse natural resources,” Mr. Brea said.

The South Dade Soil and Water Conservation District has been doing biosolid composting with Miami-Dade County for about 20 years, Mr. Townshend said, but it only takes in about 5,000 tons of county-produced biosolid waste a year. The Homestead project is set to use 100% of the biosolid waste produced by the city, in addition to waste that might come up from the Florida Keys.

“This process will revolutionize the way small cities handle sewage waste, and hopefully they’ll see that it can be replicated [elsewhere],” Mr. Townshend says.

The plan is to sell Homestead Organix to anyone from home gardeners to golf courses to farmers in 40-pound bags, 1,000-pound totes or by the truck-full.