Advertisement
The Newspaper for the Future of Miami
Connect with us:
Front Page » Business & Finance » 24-year-old ‘spokester’ sparks credit union 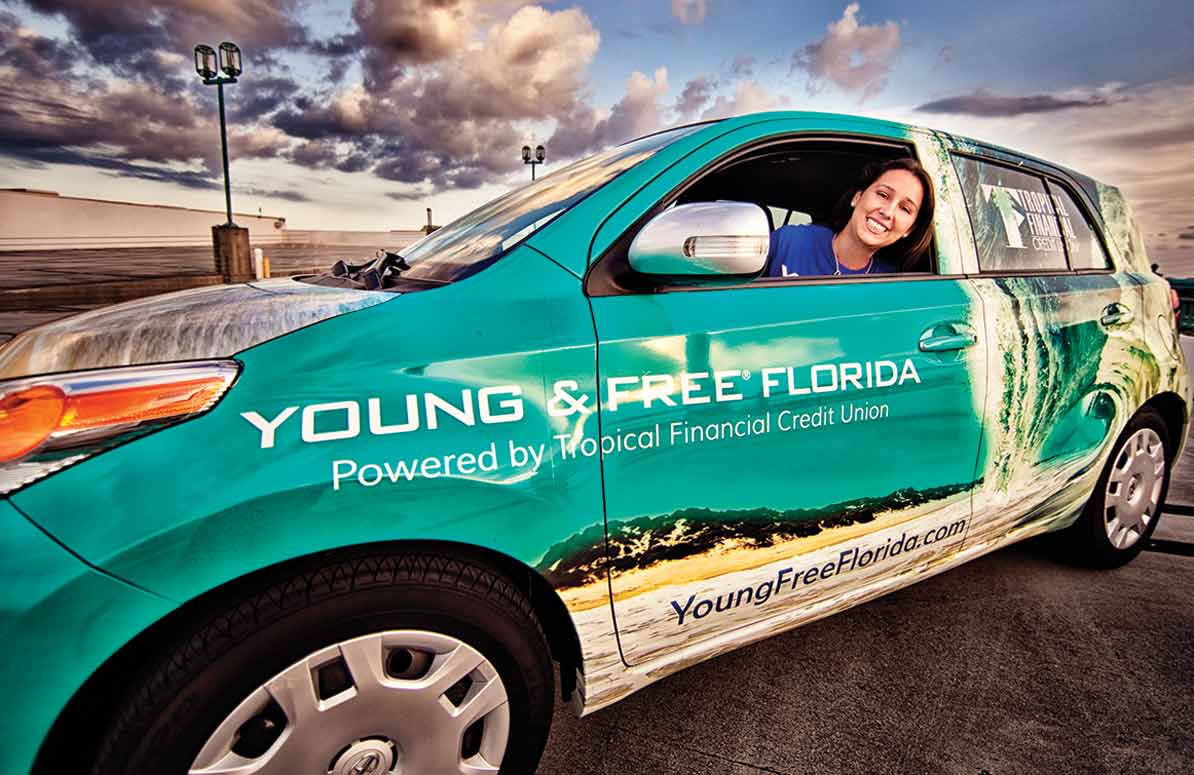 A financial institution whose members are typically middle-aged has recruited a 24-year-old to help attract customers born in the 1980s and ’90s.

And since it hired Alysha Klein as its “spokester” in June, Tropical Financial Credit Union has added 220 members ages 18 to 25.

“We actually had negative growth last year,” said Amy McGraw, vice president of marketing. “It might not seem like a lot to grow by 200 members, but that is incredible in just a few months.”

It’s even more of a coup because credit unions face a marketing dilemma. Their data show that 50% of the general population isn’t familiar with these member-only not-for-profit financial institutions. And that number only increases among younger groups. Among millennials or Generation Y – people born in the ’80s or ’90s – it hits 70%.

And money managers want to change this.

“Everybody in this industry has been saying you have to court this generation now. There’ll be a huge transfer of wealth – trillions – as parents and grandparents leave inheritances and millennials start to earn income. If they don’t know about credit unions, they’ll go to banks,” Ms. McGraw said.

Credit unions have invested heavily in technology in recent years to allow online banking and overcome one of the biggest criticisms they face: not enough branches.

But to really reach the younger market, Tropical created a position that directly targets Gen Y. During its online recruitment campaign in April, candidates for the “spokester” job submitted 60-second videos and blog items posted on www.YoungFreeFlorida.com. The public then voted, creating a “top 10” list of finalists.

Tropical Financial spent about $40,000 recruiting the spokester. The job pays a salary of $25,000, plus a car with gas and tolls covered. The credit union also gave a new computer, video camera and iPhone 5 with service plan – all of which the spokester can keep at the end of the one-year contract.

Ms. Klein, a graduate student and television production assistant, won the job in June. She’d studied abroad in Europe in 2010, started a travel account, was completing a graduate degree debt-free and had a background in journalism and business.

“People from my generation don’t necessarily trust traditional marketing messages to make important money choices,” she said. “We tend to rely on each other for that kind of information. And the place we are having these conversations and building relationships is online through social media.”

That’s why Tropical wanted to be in on the conversation.

“As financial institutions we do a really bad job overall of knowing how to respond to this generation,” said Ms. McGraw. “They don’t respond to ads like the boomers do. They have access to instant information. They carry the Internet in their pockets on their smart phones.”

So its new recruit has created a blog and a strong social media presence. Her daily posts on sites such as Facebook, Twitter and Instagram range from tips for avoiding debt to free community activities. She also attends on-campus events, such as parades and financial seminars, at colleges and schools in Miami-Dade, Broward and Palm Beach counties.

Tropical’s goal is to reach young potential customers entering their prime borrowing years, when they’ll soon be shopping for car loans, mortgages and other major purchases.

“This is the time that we need to grab them,” Ms. McGraw said.

It’s a strategic move for a segment of the industry that has spent decades working with school-aged children, educating them about finance and operating branches at area campuses.

“It’s a really good fit,” said Mike Bridges, vice president of communications for the League of Southeastern Credit Unions and Affiliates, a trade association for Florida and Alabama. “For years we’ve taught financial literacy to young adults. Millennials are one area that credit unions are trying to do more business with. Credit unions serve everyone, but this is going to be a larger generation than the baby boomers, so we’re working to get them into saving accounts and get them a strong financial standing.”

In March, before it launched its program to target millennials, Tropical Financial Credit Union had 3,421 members between the ages of 18 and 25. Its membership’s average age is 50. But in the next three years, its goal is to have a total of 5,813 millennial members.

“That’s pretty aggressive,” Ms. McGraw said. “This is a generation that’s pretty savvy with money, and trusts mainly their peers. They watched us get slammed during the recession and don’t want to make the same mistakes we made.”