Advertisement
The Newspaper for the Future of Miami
Connect with us:
Front Page » Communities » West Dade turning into ‘new downtown’ 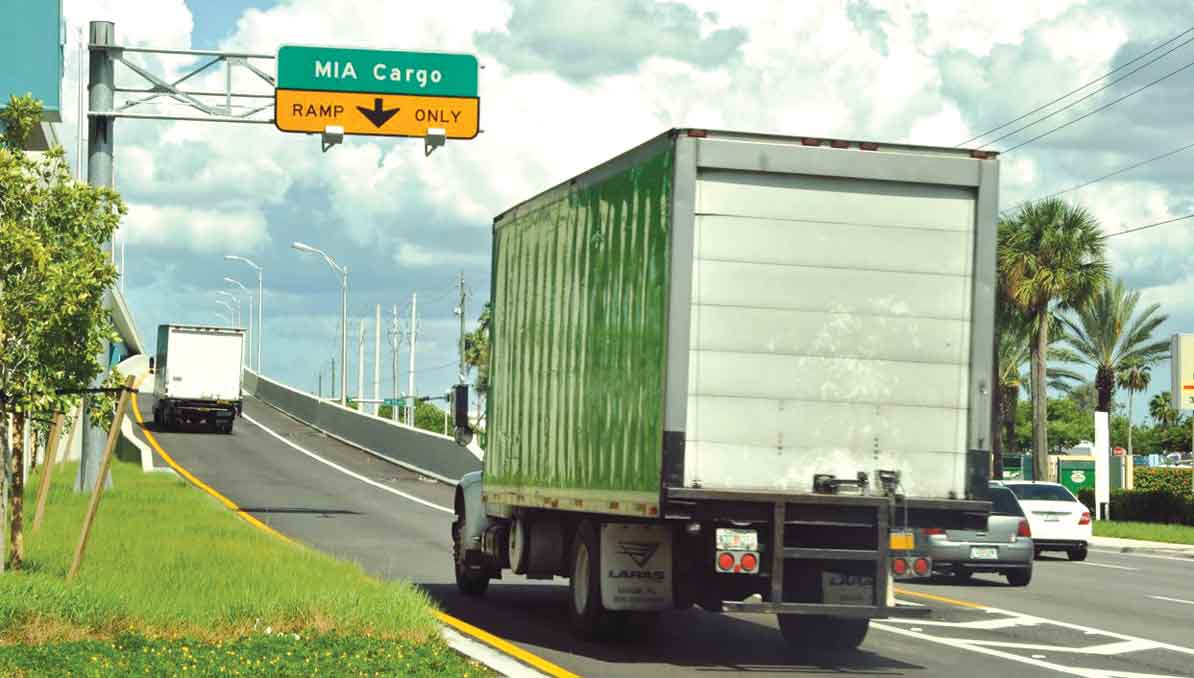 A perfect mix of factors in the Airport West/Doral market is spurring interest, driving activity by attracting new tenants and encouraging expansion among current leaseholders.

A “new generation” of industrial buildings, booming residential development and anticipation of growth at local air and sea ports have all driven demand, ensuring that one of the largest industrial areas in South Florida is now also one of the most active.

“Having all these types of uses and conversions in one area makes it what some of us consider the new downtown Miami,” said Jose I. Juncadella, principal of Fairchild Partners Inc. and board member of the Commercial Industrial Association of South Florida.

Companies that a few years ago were hesitant to spend are now comfortable negotiating leases for larger space as the economy improves, he said.

That’s one reason tenants occupied an additional 2 million square feet this year, slashing the vacancy rate to about 5%, according to Chris Sutton, vice president of business development at Flagler’s Global Logistics Center.

“The majority are logistics companies looking to increase the functionality of their space or perhaps relocate to a newer facility with wider space,” Mr. Sutton said.

Older industrial buildings typically have 24-foot-ceiling clearance. But new ones offer 30-foot ceilings that allow tenants to lease smaller spaces and still get the same cubic volume. The payoff is even that with rising rental rates, tenants can keep costs steady by leasing less square footage in a new complex.

“They can effectively be in the same position, but be in a new building,” Mr. Sutton said.

Also helping the Airport West/Doral market are its rates. The market is typically more competitively priced than Brickell or downtown Miami, where premium full-service office buildings could carry price tags of $45 to $50 per square foot, said Tony Puente, senior vice president of Fairchild Partners Inc. Comparable products, such as the 8333 Downtown Doral building, have an asking price of $31.

“We also have quality spaces going for $25 on a yearly basis, so it could be a value play for some tenants,” Mr. Puente said.

Plus, landlords in the airport market often provide parking at no additional cost, shaving $2 to $4 per square off Brickell and downtown Miami rates – numbers that could quickly multiply, depending on tenant needs.

“In Doral a lot of the buildings are built with higher parking ratios, too, usually with four to five parking spots per 1,000 square feet. Downtown some of the buildings might be as low as one [parking spot] per 1,000 square feet,” Mr. Puente said. “So it’s a ratio difference and also a cost issue. Those are key factors that create a pretty significant delta between some of the other submarkets and the Doral/Airport West market.”

Driving business, too, are several policies in place within the City of Doral, which has strategically guided its own growth by balancing commercial and industrial projects with infrastructure and housing developments.

Along 25th Street, for instance, a viaduct project eases trade-related traffic by allowing trucks to travel into Miami International Airport along a dedicated highway from Northwest 87th Avenue over the Palmetto Expressway.

And by encouraging housing development, the 10-year-old city now has about 55,000 residents. Businesses there can also recruit from western Broward County, offering an easy commute along the area’s major thoroughfares. The market is also near Dolphin Mall, the county’s largest shopping center, and has about 200 restaurants along a few miles of 87th Avenue known as restaurant row.

“The city of Doral has done a really good job of identifying the different types of construction needed to create the right balance,” Mr. Puente said. “It’s really coming into its own as a city. It’s done a good job of balancing all the product types.”

Western Miami-Dade is also set to gain a massive $2 billion ground transportation hub that the Florida Department of Transportation is constructing to connect Miami, Broward and Palm Beach counties and the Florida Keys.

“This opens up areas in the heart of Dade County that have pretty much been wilderness…,” he said. “This is prime land for development, once there is access.”

One Response to West Dade turning into ‘new downtown’