Advertisement
The Newspaper for the Future of Miami
Connect with us:
Front Page » Transportation » State seeks input on Brickell Avenue swap 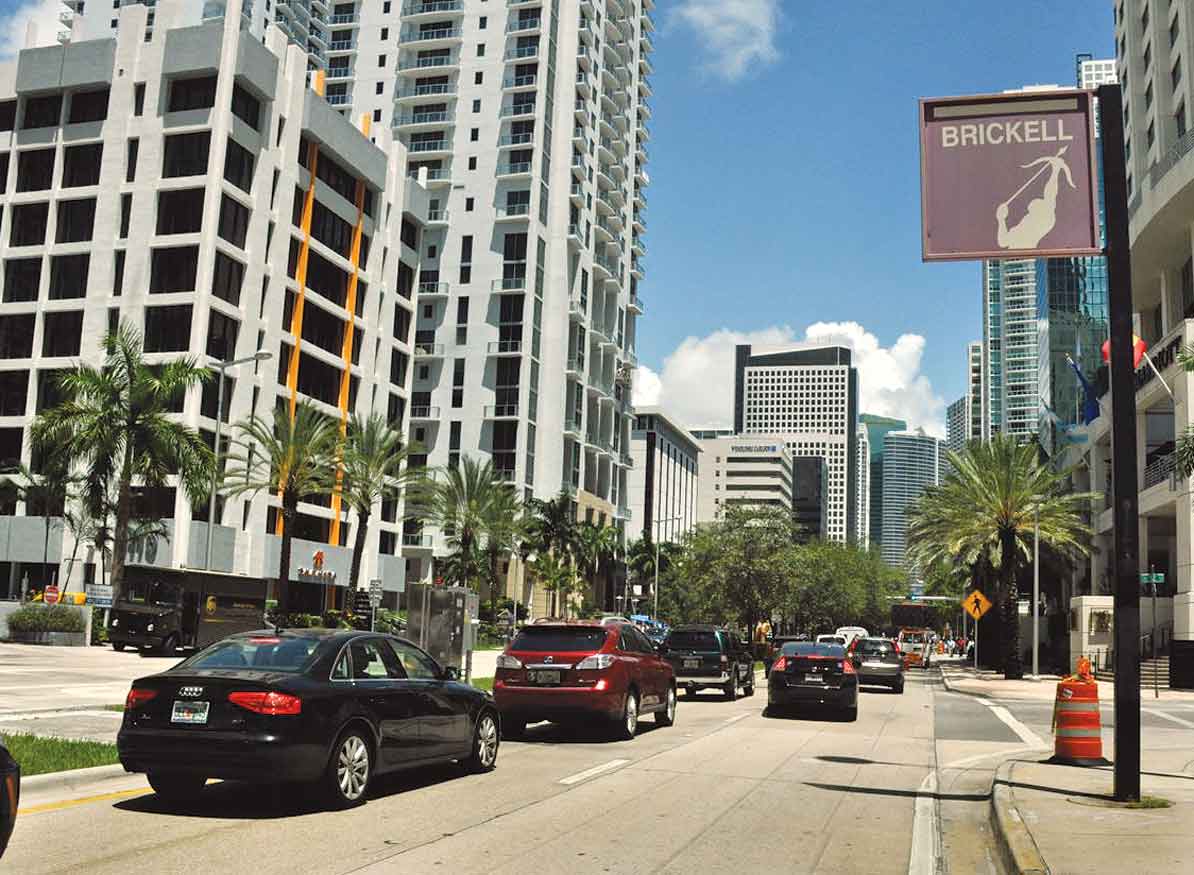 The Florida Department of Transportation is offering citizens an opportunity to request a public hearing regarding Brickell Avenue’s transfer to the City of Miami.

“Typically for transfers we don’t have a public hearing. We only offer one because it’s a significant avenue,” said Neil Lyn, district statistics administrator for the department. “People might have questions and our goal is to answer those questions or concerns, especially for those who might oppose the transfer. But so far we’ve had good feedback.”

In fact, his office hasn’t received any requests for a hearing at this point, he said.

The city is in the process of taking ownership of Brickell Avenue as negotiations to swap roadways are ongoing with the Florida Department of Transportation, as Alice Bravo, assistant city manager and chief of infrastructure, stated last month.

State roadways face more restrictions through statutes, she had said, so by obtaining jurisdiction of the roadway the city would have more flexibility in making changes that citizens request.

Even though the deal isn’t final, the transfer looks very likely to move forward, Mr. Lyn said, and a draft is already in place.

The transportation department doesn’t have a set date for a public hearing if it were to take place, but Dec. 11 is the deadline for those interested in being heard to request the hearing.

“We’ll definitely coordinate a date once we have a request,” Mr. Lyn said.