Advertisement
The Newspaper for the Future of Miami
Connect with us:
Front Page » Real Estate » To buy land to develop, ‘ugly duckling’ prices soar 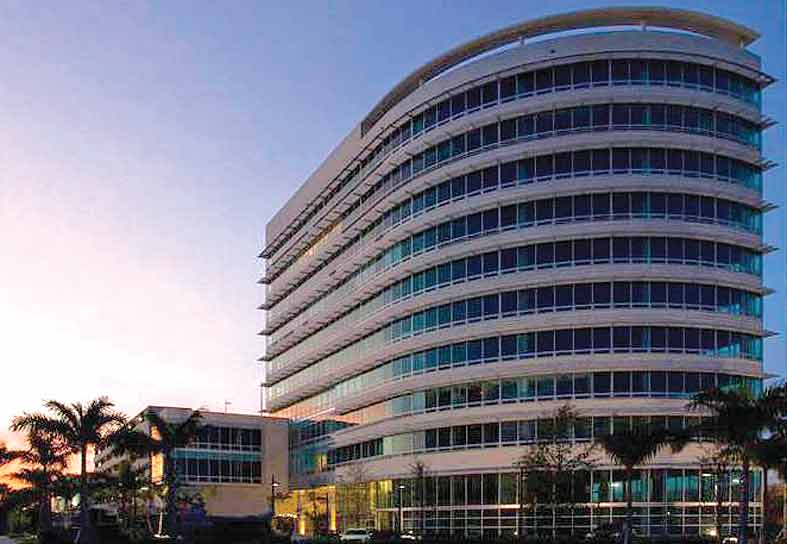 An emerging trend is forcing prices of some of the area’s most unattractive buildings to increase more than fivefold, as developers piece together parcels for large projects.

As land grows increasingly scarce in prime locations across the county, developers are acquiring small parcels and assembling them for major ventures. They’re also buying out entire condominium complexes and bulldozing the buildings to get to the land.

The result: a new demand for old stock and a windfall for property owners who raise prices before agreeing to sell en masse.

“You have to get everyone to agree to sell, so the purchase price goes up significantly,” said Kevin Maloney, head of New York City-based real estate acquisition and development firm Property Markets Group, developer of Echo Aventura, Echo Brickell and Sage Beach. “Prices are significantly above market value when we ask everyone to sell at once.”

And they get even higher if two developers are in the mix. During talks with owners of a mid-rise condominium complex on 92nd Street in Surfside, for instance, Mr. Maloney offered about five times each unit’s market value. The condos were trading for about $100,000 to $200,000 each, so the developer’s $15 million offer for the 30 units should have sealed the deal. And it almost did, too, until another bidder offered twice as much, paying about $30 million for the 50-year-old building.

“We were outbid,” Mr. Maloney said. “We thought we had it and they were seriously talking to us at $15 million, but the market went crazy. Someone paid close to $1 million per unit, when the market value was probably a couple of hundred thousand. That’s a good payday for the condo owners.”

Mckafka Development Group saw similar price appreciation as it assembled a site for its Regatta project at 6500 Indian Creek Drive in Miami Beach. To acquire land for the development, the company purchased four plots, including the site of the Pelican Creek Hotel and a parcel with a decrepit apartment building that dated to the 1940s and almost collapsed after hurricane damage.

When the group started acquisitions, it paid about $60 per square foot, principal Fernando Levy Hara said. But by the time mckafka made its last two purchases of apartment buildings near its site, prices had almost doubled for comparable properties, thanks to its earlier purchases and interest from other developers. For the Queen Elizabeth Apartments, an old building with 100 studio-size units, for example, it paid $110 per square foot.

“When you’re doing this, you don’t want all the neighbors to know what you’re doing,” Mr. Hara said, “because then they’ll start raising the price.”

And with land prices having tripled since 2008, discretion is crucial, said Inigo Ardid, vice president of Key International Development.

“A couple years ago there were more pieces available, but now the inventory is pretty tight,” he said. “You can still find parcels, but it’s usually off of prime and just a lot more difficult to assemble and at a lot higher prices.”

“A lot of them have been hard to make the numbers work lately,” Mr. Ardid said.

To acquire two acres for their One Aventura Executive Center, Mr. Hara and mckafka partner Stephan Gietl assembled 22 lots for the office condo building with 10 floors and 200,000 square feet.

Other developers were focusing on residential projects, Mr. Levy Hara said, so mckafka scooped up still-inexpensive commercially zoned land at a bargain.

“If you buy the land in the wrong place and at the wrong price, you can’t repair it, not even with a golden tower,” he said. “Lots of [residential] condos had been built in Aventura and Sunny Isles, but there were not too many offices. We started looking for land, and that’s when we started doing assemblages.”

The trend is new to Miami-Dade, but developers say they’ve been assembling land in other major cities, such as New York, for decades.

The difference, though, is the process is simpler and faster in Miami-Dade, where new development corridors are emerging. In Edgewater, for example, mckafka is investing in a park and other projects to improve the overall neighborhood, while other developers are also “recycling” land.

Among them are New York-based GTIS Partners and Eastview Development, who are demolishing buildings to clear the way for their 50-story Biscayne Beach project, set to bring 397 condos to 711 NE 29th St.

And without New York’s rent stabilization laws that sometimes give tenants lifelong rights to rental units, Miami developers don’t have to add years to the assembling process.

“There are famous stories in New York of buildings with 200 vacant units and one old lady who wouldn’t leave,” said Mr. Maloney. “In New York, we’re used to assembling. We’ve been doing it for years. In Miami it’s a new thing because all the prime sites are gone. I don’t think there is a beach site that isn’t controlled by a developer – all the way from South Beach to Sunny Isles. And once those go, you’re stuck with assembling.”

One Response to To buy land to develop, ‘ugly duckling’ prices soar