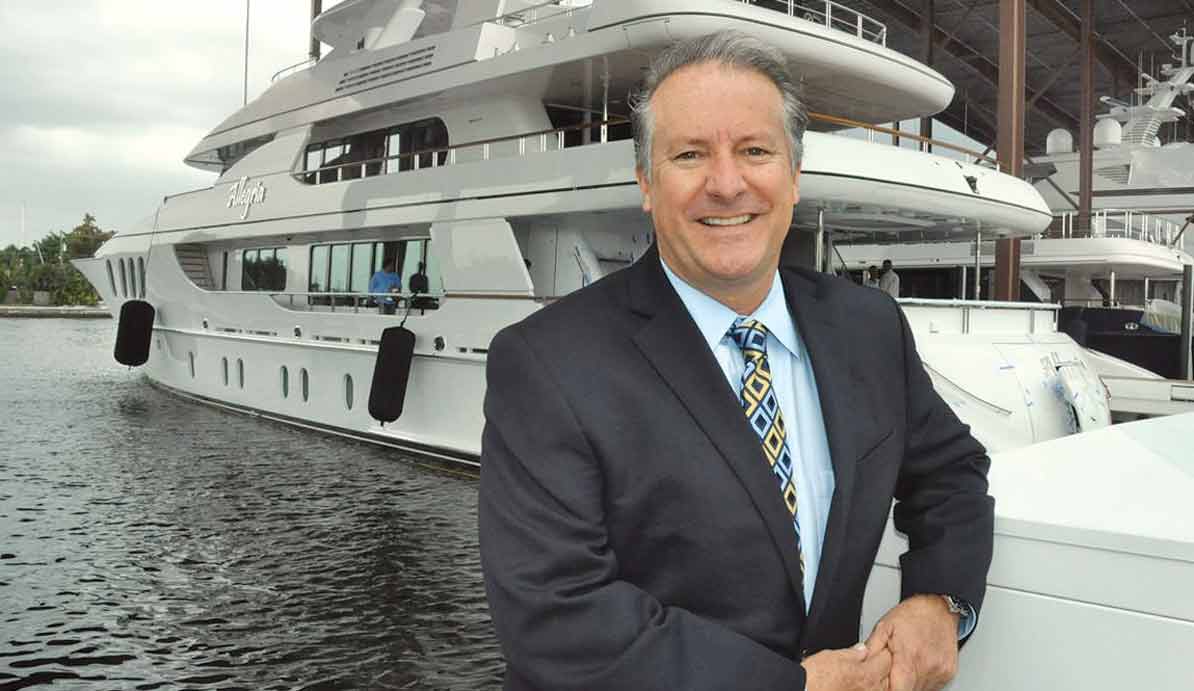 Marine industry associated businesses are feeling the waves from the recovering economy while a new company is set to help boat owners subsidize their costs.

For Fort Lauderdale based Atlass Insurance Group, this month has been the most successful in the company’s 32-year history, said principal and senior vice president Scott Stamper.

Mr. Stamper said he anticipates an increase in business based on the activity from the Fort Lauderdale International Boat Show, which was held Oct. 31 to Nov. 4.

The most notable trend at the boat show, he said, was the return of the American boat buyer to the market.

“This is the first boat show that we’ve seen since 2007 that a number of American buyers have stepped up to purchase yachts… from center console sport fish boat all the way up through the multi-million dollar yacht,” he said.

Mr. Stamper said over the past several years buyers from Central America and Eastern Europe have driven the yacht market.

The return of Americans to the market, he said, is due to restored confidence in the economy and buyers being able to secure financing.

Prices are now stabilized, he said, and the supply and demand dynamic has changed, with more buyers in the market looking for pre-owned boats and yachts.

Coming up on the calendar for the marine industry is the Miami International Boat Show.

The event, Mr. Stamper said, is always a big and important show for South Florida.

Launching at the Miami International Boat Show in February will be new marine company, BoatSetter.

BoatSetter allows a boat owner to subsidize the cost of ownership and improve overall ownership experience by chartering the boat to third parties through the Boatsetter.com website, said Andrew Sturner, BoatSetter chairman.

Mr. Sturner, who owns marinas in Florida, Georgia and New York, said he has watched for the past decade as his customers have struggled to enjoy their boats due to the high cost associated with boat ownership.

Also, he said, industry research indicates that most boat owners use their boat for about 20 days of the year.

Mr. Sturner said he sees BoatSetter as a good opportunity to subsidize ownership and maintenance costs while making the most of time a boat is idle.

His team has decades in the marine industry, and he is a 20-plus year veteran of internet-based companies. He said he started his first interactive venture in 1991.

“This combination of backgrounds in the marine, technology and the rental car industries give us a very unique perspective of how to bring all of this together to build BoatSetter,” he said.

While the company will launch in Florida, it will be rolled out nationally next year, he said.

BoatSetter, Mr. Sturner said, has entered into partnerships with marinas all over the country that will offer the service.

So far, he said, the feedback from boat owners has been “tremendous.” A survey sent to his 3,000 boat owner customers indicated that 84% of those who responded would rent their boat through BoatSetter.com.

“We’re really also excited about how incredible the service will be for everyday people who never had access to boating and can now get out on the water for a day of adventure,” he said.

Every person who wishes to rent a boat through the site, he said, will provide information confirming adequate boating experience and knowledge as well as verifying identification.

This week, BoatSetter will be launching a fundraising campaign on EarlyShares.com, Mr. Sturner said. This will give accredited investors the opportunity to invest in BoatSetter.

Mr. Sturner said one really exciting opportunity for entrepreneurs that exists thanks to the Jobs Act is to solicit funding via platforms like EarlyShares.com.

He describes the relationship with EarlyShares as “crowd funding meets collaborative consumption… We are collaborating in the funding of the business to create a collaborative marketplace that helps subsidize the cost of boat ownership.”

The $400 million development under construction on 14 waterfront acres at Biscayne Boulevard and Northeast 172nd Street will comprise two towers of residences and a full-service, 112-slip marina that will accommodate yachts in excess of 90 feet.

Sales of most of the 112 slips, like the condos, will be completed in two phases, said George Helmstetter, principal of development and investment firm DevStar Group.

For the slips allocated for the first phase, he said, there have been three buyers to every slip.

“We were not anticipating the huge demand for wet slips in the marketplace and obviously we were pleasantly surprised,” Mr. Helmstetter said.

Sales of the north tower – which started construction in September -– have reached 95%, he said, and sales of the south tower will begin shortly.

While the developer plans to sell most of the slips for the exclusive use of Marina Palms residents, he said the company is in talks with operators to lease out slips to operate a boat club.

The boat club would allow residents to charter a boat at their convenience, he said.

Also on offer for residences will be a yacht concierge.

Mr. Helmstetter said residents will be able to use this service to have their boat made ready for an outing or to arrange maintenance and repairs.

The marina now on site, he said, is being demolished.

The new marina is to be a squared-off horseshoe shape with a fixed dock system at each side and a floating dock system in the middle.

The marina is to feature a full-service fuel point, sundry store and a dock master office.

The towers comprise 468 condos – two, three and four bedrooms – and the completion of the north tower is scheduled for the second quarter of 2015, he said.

Mr. Helmstetter said prices for the south tower will start in the $550 per square foot range.