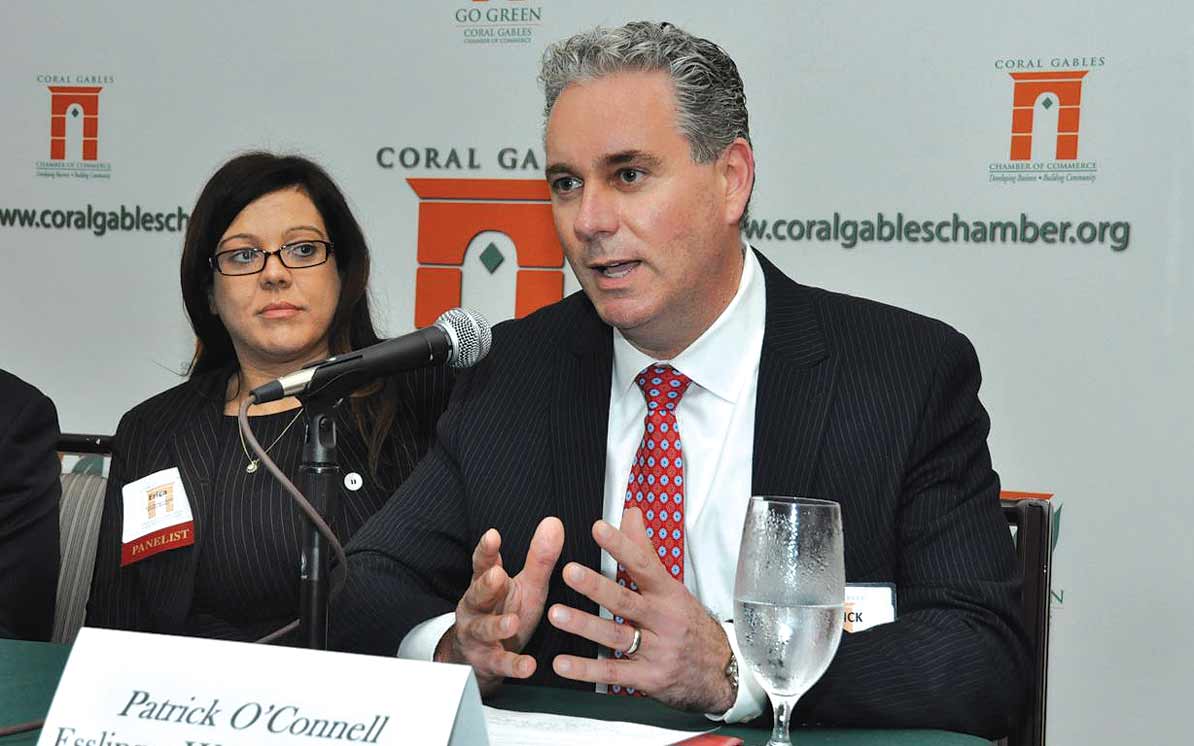 It’s going to take a lot of housing to match South Florida’s population increase, especially with Miami-Dade’s increasing popularity among both domestic and international homebuyers.

The good news is there are enough projects in the works, with 41 new towers and 12,000 units planned for downtown Miami between the Julia Tuttle and Rickenbacker causeways, and 23,000 units under way in Miami-Dade, Mr. O’Connell said at the Coral Gables Chamber of Commerce’s 2013 Real Estate Outlook luncheon last week.

The bad news: They aren’t always accessible to local buyers.

“A lot of the new units that we’re seeing aren’t necessarily the ones that are affordable for the residents moving here,” he later told Miami Today. “Those are being acquired more by investors and people who are just looking to place their money here. They may ultimately be rented to people who are moving here, which I think is a more realistic scenario.”

Miami-Dade has always been a relocation destination for Americans from the northeastern states, thanks to its favorable tax structures and tropical climate, said Ms. Tello, operating partner at Keller Williams Realty Partners SW. The area also offers competitive prices when compared to major cities, which explains why New Yorkers are among the biggest spenders for Miami-Dade real estate.

“There’s still value in our market when you look at it on a national level,” she said.

But in a changing market, realistic expectations are important when considering deal timelines, cautioned said Ms. Phillips Kutner, director of business development at Entitle Direct Group. It could take up to six months, for instance, to complete a short sale, 30 to 45 days to close on a condo and two months for a single-family home.

On the lending side, one challenge facing the industry nationwide is the Federal Housing Finance Agency’s possible lowering of convention loan ceilings from $417,000, noted Mr. Levine, senior vice president of consumer and residential lending at Sabadell United Bank.

For some buyers, the change would limit finance opportunities and force them to seek “jumbo mortgages” that require stronger credit, higher deposits and other credentials that would prevent many from qualifying.

Add to that Miami-Dade’s success at attracting cash-rich international buyers who see the area as a safe place for their investment capital, and all signs hint at an industry-wide need for focused development.

The local strategy for long-term stability should include a focus on developing high-end employment and business ownership opportunities for both current and incoming residents, Mr. Lewis has suggested.

“Our market is at the mercy of the rest of the world,” he said during the Real Estate Outlook luncheon. “I’d like to have the local buyer have a fair shot.”