Advertisement
The Newspaper for the Future of Miami
Connect with us:
Front Page » Transportation » Bridges to be finished after tennis tourney

Bridges to be finished after tennis tourney 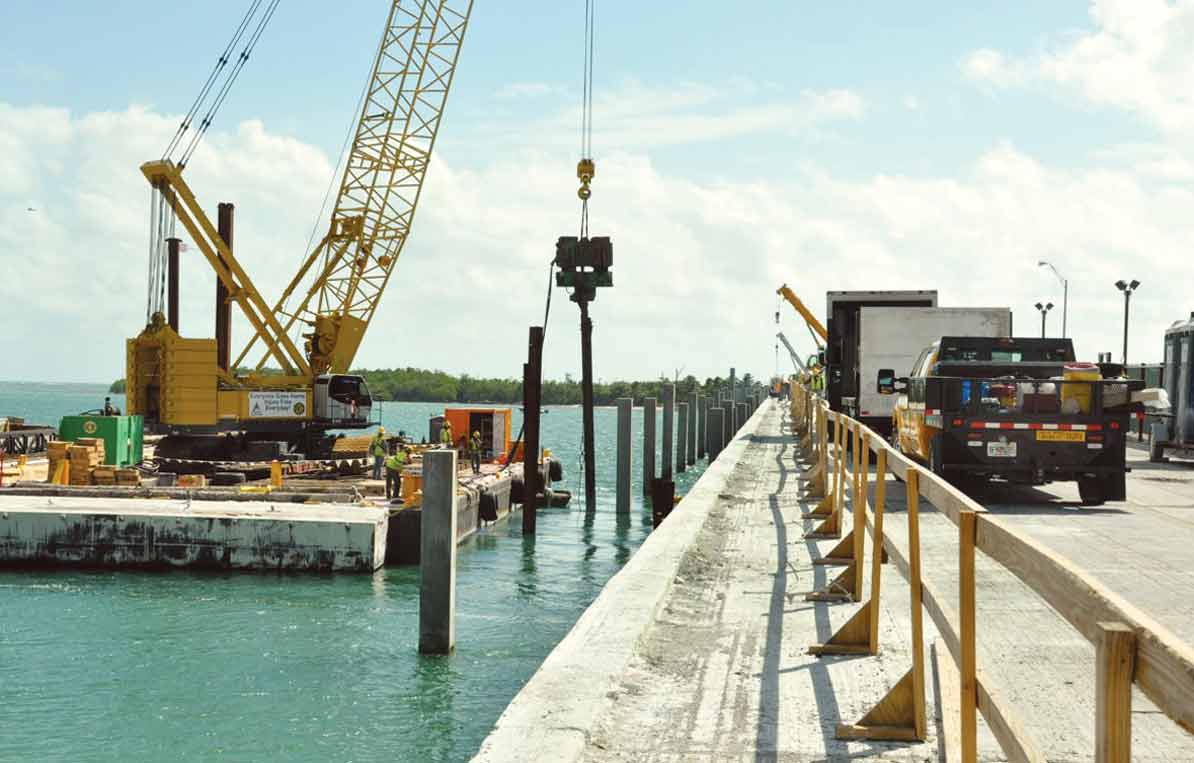 Construction on the Rickenbacker Causeway’s Bear Cut and West bridges is well under way but estimated completion has been pushed back to next June.

Repairs on the original bridges that were built in 1944 and widened during the 1980s officially started in July and include replacement and relocation of the water main, as the current one was installed almost 50 years ago, as well as restoration and replacement of sections of the West and Bear Cut bridges and the addition of a lane for pedestrians and cyclists separated from auto traffic.

Design and permitting for all of the project’s goals have been completed, said Gaspar Miranda, assistant director for highway engineering at the county’s Public Works and Waste Management Department.

On the Bear Cut Bridge demolition of the superstructure is about 56% complete, he said, and the replacement has also started. Regarding widening, about 63% of work has been done, as 53 of 84 pilings have been installed. The water main is completely installed, Mr. Miranda said.

Work on the West Bridge started recently, he said, but the water main portion already is 90% completed.

Traffic changes will continue, Mr. Miranda said. “We needed to close some of the toll lanes for work on the West Bridge. It will impact some of the commuters, but we will work on that as we go,” he said.

In late September, workers found asbestos on the Bear Cut Bridge. It was removed by the end of October, Mr. Miranda said.

“That created some delay on the work. We are currently negotiating with the contractor [Kiewit Infrastructure South Co.] for time and costs. In the meantime, the county and the contractor are working together to expedite the amount of work,” he said.

Kathleen Woods-Richardson, director of the Public Works and Waste Management, had told county commissioners in August that the project was targeted for completion next April.

Commissioners had expressed concern that the roadway be fully serviceable by the start of the Sony Open tennis tournament on Key Biscayne. Next year it begins March 17.

The asbestos on the bridge caused a delay of about 36 days, which would place the estimated date of completion at the beginning of June, Mr. Miranda said.

The project’s original overall cost was $31 million, but that might also change. There’s no precise figure until negotiations with the contractor close, but Mr. Miranda estimated an additional $750,000.