Advertisement
The Newspaper for the Future of Miami
Connect with us:
Front Page » Government » Big 836 traffic change coming 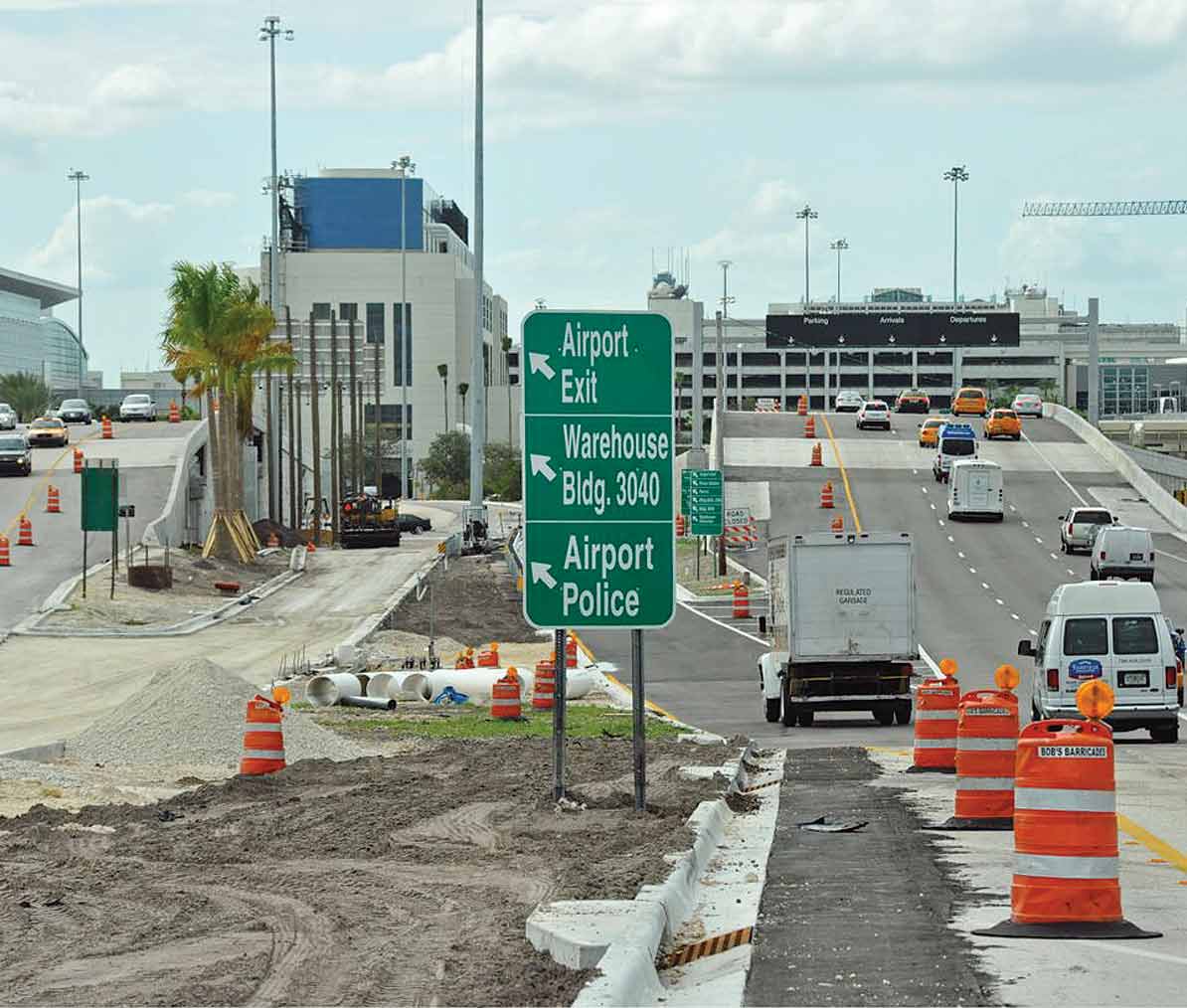 State and local authorities are developing major roadway projects all over Miami-Dade County, and the biggest is still under way and producing new traffic shifts: the 836-826 Interchange.

The reconstruction of the Palmetto Expressway (826) and the Dolphin Expressway (836) started in 2009 and is managed by the Florida Department of Transportation District Six in partnership with the Miami-Dade Expressway Authority.

Targeted for completion in 2015, the work runs from just north of Southwest Eighth Street to Northwest 25th Street on 826, and east of Northwest 87th Avenue to Northwest 57th Avenue on 836. It includes widening along both expressways to add capacity and construction of new connections.

Oscar Gonzalez, the project’s spokesperson, said that 17 of the 45 new bridges to be built are already open to traffic.

Drivers can expect major traffic shifts in coming weeks and months, he said. “The contractor is planning on implementing new traffic patterns and opening new ramps along both Palmetto and Dolphin,” Mr. Gonzalez said.

All westbound 836 traffic will be shifted onto a new roadway in late December or early January, Mr. Gonzalez said, and drivers going southbound on 826 can expect a new ramp going west on 836 later this month or in early December.

In addition to the 836-826 Interchange, the Miami-Dade Expressway Authority is also undertaking separate projects. One is the Central Boulevard Widening, Realignment and Service Loop Project, which is improving the entrance and exit of the Miami International Airport.

The goal is to separate commercial and passenger traffic with the introduction of service roads to handle commercial vehicles. It’s a partnership with the state, each one investing $25 million, Executive Director Javier Rodriguez had previously said. The authority decided to invest in it and oversee it due to the importance of the airport and seaport, and the movement of people and goods, he said.

“It’s ongoing. We are scheduled for completion in mid January,” said Juan Toledo, assistant director of engineering at the Miami-Dade Expressway Authority.

An upcoming project will be a new ramp connection from the existing southern terminus of SR 874/Don Shula Expressway to Southwest 127th Avenue, he said. This project would provide an alternative connection to the areas west of the Homestead Extension of Florida’s Turnpike and surrounding local roadways by providing access to and from SR 874. It’s scheduled to start in the latter half of next year, said Mr. Toledo.

Another project that Miami-Dade Expressway has planned is upgrades on SR 836. It would provide additional lane capacity as well as improvements to the interchanges at Northwest 57th Avenue/Red Road, Northwest 42nd Avenue/LeJeune Road, and Northwest 27th Avenue. “It should begin in late summer or early fall next year,” Mr. Toledo said.

The 95 Express Project, which runs from just south of I-195/SR 112 to just south of SR 860/Miami Gardens Drive, started in February 2008 with Phase 1, and Phase 2 is now well under way. The project includes extending the express lanes from the Golden Glades area northward to Broward Boulevard in Broward County by converting the existing High Occupancy Vehicle lanes to two express lanes in each direction; installing Intelligent Transportation System (ITS) components, which means traffic monitoring cameras and overhead sign boards; modifying the Ives Dairy Road interchange; bridge widening at specific locations; and installing new noise walls at locations between Hollywood Boulevard and Taft Street.

Construction on this phase began two years ago, is expected by the end of 2014 and its estimated cost is now $111 million, said Barbara Kelleher, public information director in District Four at the Florida Department of Transportation.

Bridge widening is under way at Hollywood Boulevard, Stirling Road in Broward County and over the Snake Creek Canal in Miami-Dade County.

New noise walls at locations between Hollywood Boulevard and Taft Street on the east side have all been installed, Ms. Kelleher said, as well as roadwork on Ives Dairy Road interchange.

The next phase would entail extending the two express lanes from Fort Lauderdale to Boca Raton.

“Those studies have been completed and moving forward with the design of Phase 3. It overlaps. The first piece of it will be between Broward Boulevard to Atlantic Boulevard in Pompano Beach. That piece is now funded and scheduled to start in the fall of 2015,” Ms. Kelleher said.

The final segment of the I-595 Corridor Improvements Project is also under way on Florida’s Turnpike. It started in 2011 with construction of ground mounted sound barriers along Florida’s Turnpike both north and south of I-595. Widening of both northbound and southbound Florida’s Turnpike is in process as well as work on bridge structures and ramps in the interchange. The express lanes should open by March next year, Ms. Kelleher estimates.

The FDOT Districts Four and Six are also working together on express lanes along 28 miles of the I-75 and SR 826 from I-595 to just south of State Road 836. The I-75 Express project is to begin in January, she said, but there’s no precise date yet. According to the project summary, improvements will be segmented into six projects that are targeted for completion by 2018.