Advertisement
The Newspaper for the Future of Miami
Connect with us:
Front Page » Healthcare » Air infection controls speeding recoveries 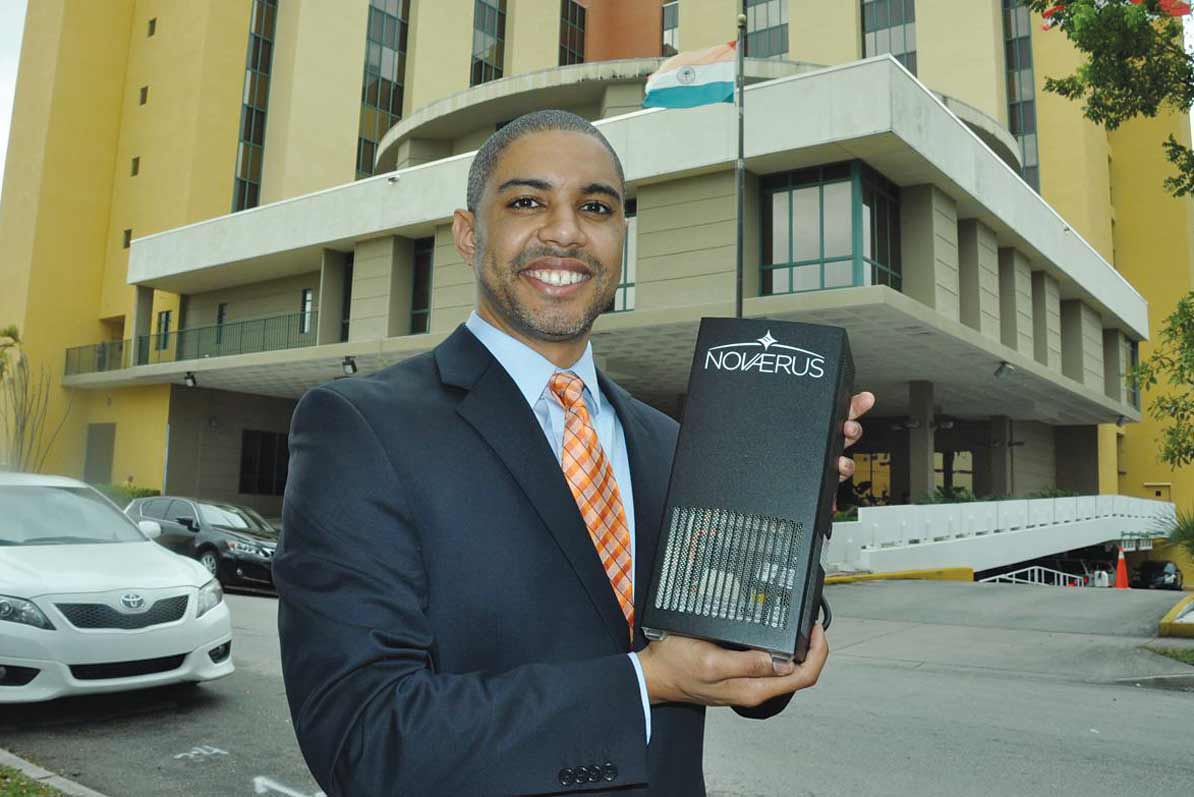 About six months ago, the center tried out the system in a few of its rooms, said Alan Solar, Victoria Nursing & Rehabilitation Center administrator.

A month or two later the isolated residents with the system in their rooms – paired with treatment by infection disease physicians – were able to join the rest of the population, he said.

“The Novaerus system helps eradicate the infection… It’s an added benefit to the medicine that’s provided to the patient,” Mr. Solar said.

“We found that they were able to recover quicker.”

Without the system, it might have taken the patients up to about six months to recover, he said.

After the trial, he said, the system was installed throughout the facility.

“You have to do everything in order to ensure the lifestyle and safety of the patients. Not only that, it helps with preventing readmissions for any type of respiratory infections and other infections alike,” Mr. Solar said.

The center, he said, sees a large number of respiratory cases and has the longest running respiratory unit in Miami. The Novaerus technology will be instrumental in helping preventing infection in the unit and expediting the healing process as respiratory patients are vulnerable to airborne infections, he said.

John Grondin, executive vice president of Novaerus, said the system continuously processes the air 24/7 and turns the air over at least once an hour, depending on the size of the room.

The portable units draw air in and a plasma field destroys the DNA strands of microorganisms instantaneously and denatures mold, allergens and odors. The technology, the company says, has been proven to eradicate 99.9999999999% of all airborne pathogens and to reduce microbial surface counts by up to 90%.

Headquartered in Dublin, Ireland, and owned by Oyster Capital Partners, Mr. Grondin said Novaerus was launched in the US in Florida about a year ago.

About 85 facilities in the US have adopted the system, with about 70 of these in Florida.

The rollout of the system to other regions in the US began about a month ago, Mr. Grondin said.

The company has offices in Tampa and Delray Beach, he said.

The center has had a long and storied history.

Mr. Solar said Victoria Nursing & Rehabilitation Center originally opened in 1924 as a hospital and the current structure was built in the 1970s.

During the late ’80s, early ’90s, Mr. Solar said, it was acquired by another hospital corporation. It was closed for about a decade until Richard Stacey – the company’s CEO and co-founder – acquired it and received the license to renovate it as a skilled nursing facility.