Advertisement
The Newspaper for the Future of Miami
Connect with us:
Front Page » Education » UM 75% of way to $1.6 billion fundraising goal 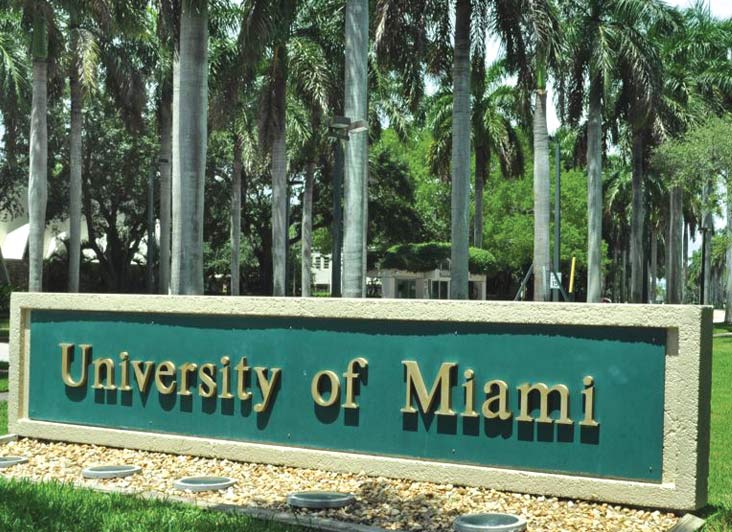 For those not acquainted with the current state of fundraising in US higher education, the numbers from the University of Miami in Coral Gables may sound staggering.

The university’s first Momentum fundraising campaign, which began in 2000, raised $1.4 billion, well beyond its original goal of $1 billion. Now a follow-up campaign, dubbed Momentum 2, has raised $1.191 billion since beginning in 2008, according to a university official who helps manage the program.

And, by the time Momentum 2 is scheduled to end in 2016, the campaign is likely to raise much more. The program’s goal is $1.6 billion.

Already, the university has reached a national milestone.

“We’re the first university established in the 20th century to have raised $1 billion,” said Sergio Gonzalez, the University of Miami’s senior vice president for advancement and external affairs.

Despite the struggling US economy, fundraising in higher education is in its heyday. According to Mr. Gonzalez, fundraising among American colleges and universities has increased 29.7% in the past decade. And the University of Miami is way ahead of the curve, boosting its fundraising totals by more than 90% during that period, he said.

Asked to explain the phenomenon, Mr. Gonzalez said: “I think it’s a very focused and disciplined approach about prioritizing, and raising funds to bring yet another level of excellence to this institution.”

Before embarking on a fundraising campaign, he said, the university develops a “vision” for what it wants to accomplish and determines what’s needed to “make it a reality.” The campaign taps all sources of funds: students, alums, faculty, parents of students, and private companies, foundations and other organizations.

A lot of the fundraising that gets accomplished starts with private “one-on-one” meetings and conversations with key people in business, philanthropy, research fields and civic organizations, Mr. Gonzalez said. And, of course, there are the standard fundraising efforts, such as phone calls, mailings and special events.

In addition to the Momentum campaigns, he added, the university’s 13 schools and colleges each take on their own fundraising programs, which are often under the umbrella of the overall program, Mr. Gonzalez said.

The money goes into funding scholarships for students, building new facilities and other capital improvements, recruiting faculty and creating special positions, contributing to the university’s endowment, as well as funding research and other academic work.

“A lot of it is about the importance of raising [money] for scholarships to provide the funds to assist students who want to go to the university and are qualified to do so, but may not be able to afford it,” Mr. Gonzalez said.

He also said the university “firmly believes in building relationships with entities” – corporations and other institutions. “We want to make them partners” in research and clinical work and such, he said.

However, when a business or organization makes a donation, he explained, there is no underlying understanding that the university will reciprocate in some way. “There is no quid pro quo,” he added.

A key to encouraging philanthropy, he said, is to show donors that their money is having or will have a “tangible” impact on the university, the community, or in given fields in general.

“They see the product of their philanthropy,” he said, “and that it’s impacting the quality of life for folks and is changing lives.”

Within the university, the Momentum campaigns have resulted in the renovation or construction of 16 buildings, according to Mr. Gonzalez.

So far, about $500 million of the Momentum 2 money has been allocated to fund university academic programs and other initiatives, including those that have some public benefit. Some examples of that, he said, are community programs in Greater Miami and a nurse training program in Haiti.

In addition, more than $100 million has been set aside for scholarships from Momentum 2 funds. And nearly $60 million has been allocated for recruiting faculty and creating special positions such as chairs, he said.

Corporations and other entities are almost a big part of the revenue puzzle, he added, but he didn’t have figures ready for those contributions.

As of last year, the Momentum 2 campaign had received contributions from more than 94,000 donors. Here are some of the larger ones:

-At an event marking the public launch of Momentum 2, the Diabetes Research Institute Foundation provided a lead gift of $100 million to the University of Miami. University Trustee Steve Sonberg, former chairman of the foundation, said the gift represented the foundation’s commitment to helping the university’s Miller School of Medicine to find a cure for diabetes.

-The Pap Corps: Champions for Cancer Research provided $3.2 million to the university’s Sylvester Comprehensive Cancer Center as part of the group’s $25 million commitment to Momentum 2.

-Dr. Nasser Ibrahim Al-Rashid provided gifts totaling $5.1 million to the Miller School under the Momentum 2 program. He also pledged $10 million last year that established a vision research center at the Miller School in his name.