Advertisement
The Newspaper for the Future of Miami
Connect with us:
Front Page » Government » Rickenbacker traffic study revealing 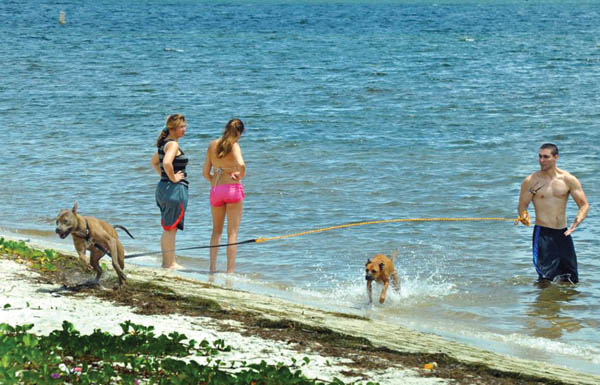 Residents of Key Biscayne and those who work or study there or on Virginia Key make up 45% of users of the Rickenbacker Causeway and infrequent users constitute 55%, a new traffic and revenue survey by the county Public Works and Waste Management Department shows.

The 45% have annual causeway passes, while the 55% pay cash, the department says.

The online survey taken in August was not directly associated with the West Bridge and Bear Cut Bridge repairs project currently under way on the causeway, but rather on the understanding of the users, Antonio Cotarelo, Miami-Dade County engineer, had previously stated.

However, the survey is required in order to secure bonds issued for the $31 million bridge repairs and reconstruction, and the results would give the county an idea of how much money could be raised through tolls and if current traffic flow and rates are sustainable, said Aneisha Daniel, assistant director, fiscal and internal services.

“We are still analyzing information and we have different scenarios, but right now what we see is that there would be a growth on the traffic flow in the next years and it would sustain the payback for the bond,” Ms. Daniel said.

The county anticipates three factors that might cause traffic flow to grow, said Mike Bauman, chief of the Causeways Division: growth of the MAST Academy high school on Virginia Key, the possibility of the Miami Marine Stadium reopening on Virginia Key, and the City of Miami’s Virginia Key Master Plan, meant to develop waterfront and public open space areas on the island.

“Those three things are factors that could drive some growth of the traffic flow, but we don’t know how much yet,” Ms. Daniel said.

Complete study results are to unveiled by the end of October, Ms. Daniel said. “We’ve had a few delays and we are moving along,” she said, “It’s a big project and lots of things need to be brought into consideration.”